Farting And The Curious Dog

This post is going to delve into Too-Much-Information territory so don't say you weren't warned!

I've been eating a little bit of cheese lately. Yes, I know - mind blowing, earth-shattering news there. It's one of those foods that I had to cut down on when I developed a whole range of food intolerances while I was on Yaz. Before Yaz I'd have a bit of cheese most days and I really missed it when I had to cut it out but now, when my stomach is being well-behaved, I like to have a little bit.

And I can tolerate a little bit. Actually, that should read I can tolerate a LITTLE bit. By little I mean once or twice a week and not three days in a row. Yes, I broke my self-imposed-but-not-because-I'm-a-masochist rule. I ate cheese with my lunch on Friday, Saturday AND Sunday.

By Monday afternoon I knew that a storm was brewing. Thank goodness I work by myself and had no clients coming over. I was able to relieve the pressure without offending anyone. It's perfectly normal to fart between 15 to 25 times a day. I'd managed to produce my quota in an outstanding effort of 90 minutes - I'd like to think that I have special talents.

Unfortunately I was still going by the time I had to finish work so poor Iven was regaled frequently with the sound of a trumpet fanfare from the kitchen. We're pretty fancy about how we announce dinner in our house. But finally it started to settle and we were able to eat dinner in relative peace.

Dinner over, it was finally time to relax. I was lying on the chaise with Toby at my feet when I realised that I still hadn't played my final tune. And I'm ashamed to say that I was just too tired and Iven and I have been married too long for me to get up and be discreet. So, in the hope of not being a total bush-pig, I tried to let it out quietly and slowly. But this only made my trumpet sound like I'd used a mute. And to Toby's ears the sound was confusing and a little disturbing. He sat bolt upright. His ears went forward and his brow wrinkled quizzically. He tilted his head one way then the other trying to work out exactly where that strange noise was coming from. 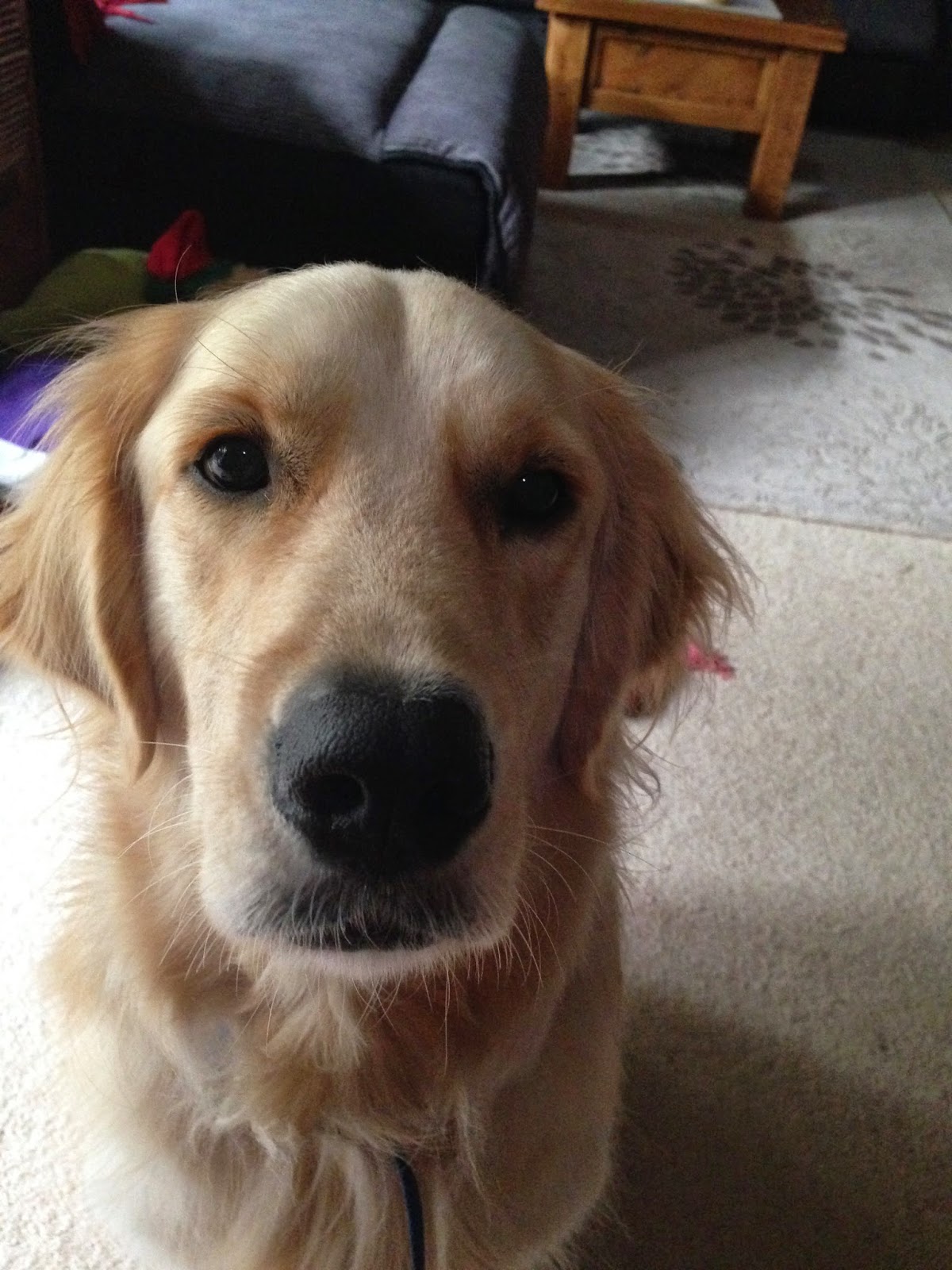 Of course this made Iven and I laugh out loud which didn't help with my attempts to control the uncontrollable. And that made Toby's brow furrow even more.

I promise I will be cutting back my intake of cheese from now on. Although if we ever need an evening of cheap entertainment I may break that promise.

PS - This post was written a full 24 hours ago. I gave myself a day to try to get Toby to replicate his quizzical, what-are-you-hiding-up-there look so I could capture it for all my loyal readers. I tried to make farty noises with my mouth. I tried an array of squeaky toys. I even went so far as to go to the shops and blow $3.00 on a bag of balloons because nothing does a weird farty noise quite like a balloon. But no luck at all. I have, however, found out that I can put balloons on the long list of things that Toby's afraid of. 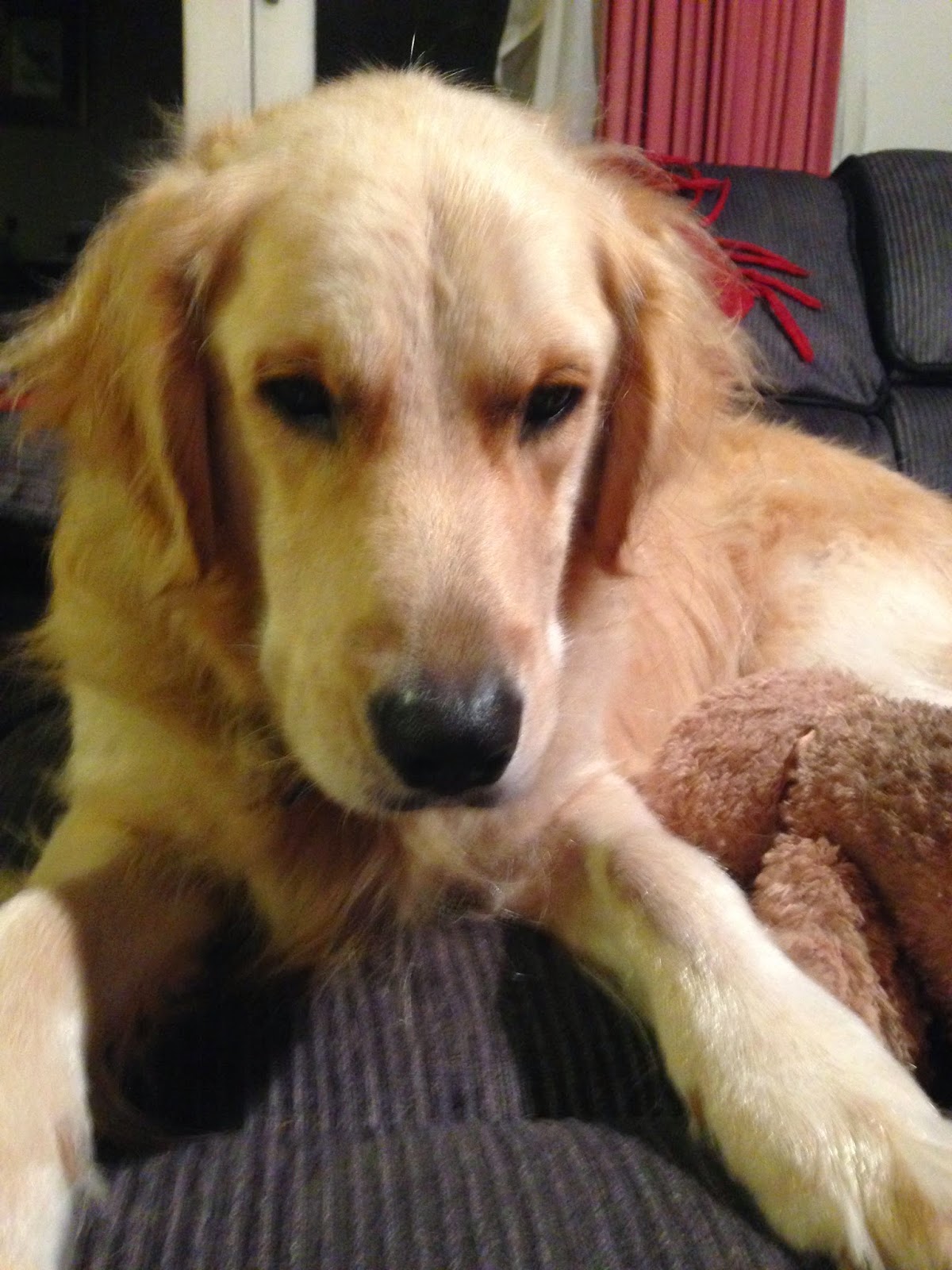