Seventy-Two Hours To a Better Me.

This little hiatus from running (and I do mean little because it's coming to an end - thank goodness) has taught me one big thing.

I am a better person when I'm running.

I know that the last week or so has been made a little bit more difficult by a few things (a gimpy husband, having to go for medical visits to try to stop him from permanently taking over my couch and my cold which is, thankfully, almost gone) but if I was running I probably would have handled them with a bit more dignity and a little less snarkiness.

Want an example? I gave Iven's Physio one of my cupcakes because I was enjoying watching him stick needles into my beloved. 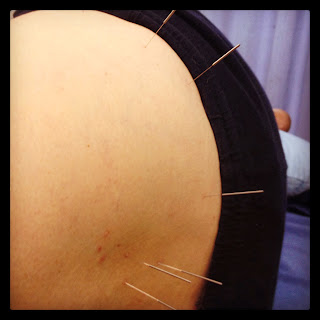 I have, at times, been tempted to poke Iven with things that are sharp and pointy but my fear of prison and being beaten up by tough chicks with bad tattoos and not the full complement of teeth have prevented me from doing so thus far. (But it hasn't stopped me from making a murder pact with my favourite check-out lady whose husband also has a bad back). And while I haven't succumbed to temptation, it doesn't mean that I can't enjoy watching someone else do what I'm legally and morally not allowed to.

Another example? I made Iven watch The Bachelor with me last Wednesday and will insist on him watching it again tonight. It's possibly one of the worst shows I've ever watched but it's strangely compelling watching attractive, intelligent women being reduced to high school behaviour. So one could say I'm watching it out of scientific curiosity - anthropologically and anatomically. 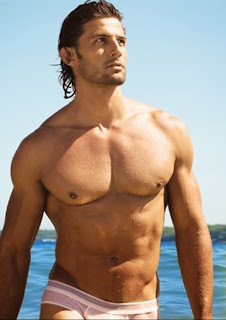 My bad behaviour doesn't end there. I farted today. If I was running and had a bit more dignity that would have read 'I passed wind today' or 'I politely and discreetly expelled some flatulance'. Because I'm not running there was nothing polite or discreet about passing it in the milk aisle in Coles. And even worse, I sniggered about it because the irony appealed to my lactose-intolerant self.

I've also been enjoying having the bed to myself way too much. Iven's been sleeping either on the couch or the floor for over two weeks now - mainly because he's been up and down, trying to find a comfortable position and if he can't sleep then at least he can watch a bit of TV or read. Now that he's finally starting to improve I suggested he might find the be more comfortable. Yes, that might sound like I'm a caring wife but I was secretly hoping that he stay put and it took me all of my self-control not to fist-pump when he decided that the lounge was a better option.

His reasoning? My cold that had finally moved from my throat to my nose might make me snore and keep him awake. It's more delicious irony!

Just three days to go till I'm officially allowed to run again. Seventy-two more hours to a better me.
Posted by Char at 6:23 PM