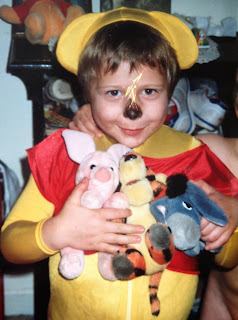 I just wanted to start this post with a little gratuitous mummy-bragging. Sam found out today that he passed his final exam and is now officially a physiotherapist.

He's wanted to be a physio since around halfway through high school. Unfortunately he didn't get high enough marks to make it into the degree right away. So he did the next closest thing - a Bachelor of Applied Science in Human Movements - and became an exercise physiologist. And I thought for a while that he'd be content doing that. He had a great job and he was good at it - according to the man who accosted me one day in Coles when I was shopping with Sam.

But Sam is tenacious and he really wanted his initial profession choice so he investigated the masters program in physiotherapy at UQ (University of Queensland). He didn't get in straight away but persistence finally paid off two years ago when he found out he was accepted.

Two years and six semesters later he's finally done what he'd dreamed of doing and I'm really proud of him.

Unfortunately, though, it means he'll be leaving us. I know it's time for him to spread his wings but I'm a bit sad that he'll be going interstate for at least the next couple of years. But it has to be - his girlfriend has been studying medicine interstate for the last two years and it's time for them to be together. They'll be in Melbourne so Sam has been down there for the last few days going to job interviews.

He'd managed to get interviews for four different practices and of those he was offered all four jobs. 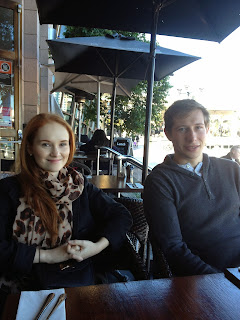 I'm so excited for both of them starting this new part of their lives together. Just wishing they were a little closer. Luckily, Melbourne has quite a few races that have just become a lot more interesting.

Today also marks the one year anniversary of starting treatment after a two year battle to find out why I was always feeling weak, tired and sick. Long time readers will know the reason but for new readers I'll give the Readers Digest version of the saga.

I was really low on testosterone caused by using a birth control pill, Yaz. I was on the pill to help with dysmenorrhea - painful periods - which had me taking ibuprofen every four hours for two days to cope with the pain. The Yaz worked. No periods at all meant no pain at all but I had no idea how devastating the side effects were.

This year's been so much better health-wise. I've had more energy. My strength is returning and my running has improved. I've been so very grateful to feel normal again. But the painful periods returned and I've been managing them with ibuprofen again.

About a month ago I noticed that my stomach was often unsettled. I was having a lot of indigestion. It started about a week out from the Melbourne marathon but I really didn't do anything about it until it was starting to keep me up at nights. Finally I made an appointment with my GP and she thought that I might have an ulcer caused by the ibuprofen. So she gave me a prescription for a Proton Pump Inhibitor to take for a month to let the ulcer heal.

You'd think with my past history with drugs that I'd have looked into this one or at least asked the doctor about its side effects. But I didn't. I blithely took it and after a couple of days the pain had disappeared. But after about ten days I was starting to get muscle and joint pains and fatigue. I put it down to running, doing some new strength work and maybe not being recovered from the marathon.

The symptoms persisted even when I cut back on my running and I was starting to get worried that I was on the edge of another bout of overtraining syndrome. But something made me look up the side effects of the drug I was on. (Just a side-note here: there was no information in the packet. I had to look it up on-line. When did manufacturers stop putting those little information slips in the boxes?) Sure enough two of the side effects were fatigue and muscle and joint pain.

I'd been on the tablets almost three weeks at that stage so figured that was close enough to a month to stop taking them. The day after I had my last tablet, the indigestion was back. And the day after that it was the worst I'd had it. A bit more Google research told me that people who have taken these PPI drugs often have a rebound when they go off it. Their stomach hypersecretes acid and I can tell you that that stuff hurts! Luckily that only lasted a day and I'm back to normal now.

So the moral of my story is to always ask what the side effects are. I know Dr Google is frowned upon by a lot of medicos but it's always given me relevant, valuable information about my health issues.
Posted by Char at 2:30 PM