Just keeping this post short and sweet. Except that it's not so sweet. The opposite of sweet is savoury but what I'm talking about is quite unsavoury. Again!

But be assured that there will be no mention of vomitus this time around.

So today's topic is dog walking - of which I have been doing quite a bit of lately with my better half interstate visiting his sick, elderly mother.

I'm quite an experienced dog walker. I've had dogs since I was 16 and I can happily wrangle my two around a 5k circuit without wrapping myself around too many poles.

But despite my years of experience there's something that I keep forgetting. Dogs like to cover their excreta after they've finished. Well my dogs do anyway. I'm not sure if it's some evolutionary instinct so other predators can't find them but the fact that they like to pee as high as they can up a pole so other dogs think that there's one giant canine living in the area would dispute that theory.

Maybe my dogs are modest but they like to cover their poop with a good layer over dirt, bark and whatever else they can find to kick over it. And that's the part I keep forgetting. When I bend over to pick up said poop in a plastic bag. And said poop is on a hill and the pooper is facing uphill and the poop-picker-upper (me) is downhill. Which causes the poop to be sent like a heat-seeking missile right in my direction.

All I can say is that I'm glad that the poop was fairly firm.

But that smell followed me for the other 4.5k of our loop.

It's just as well I love them so much. 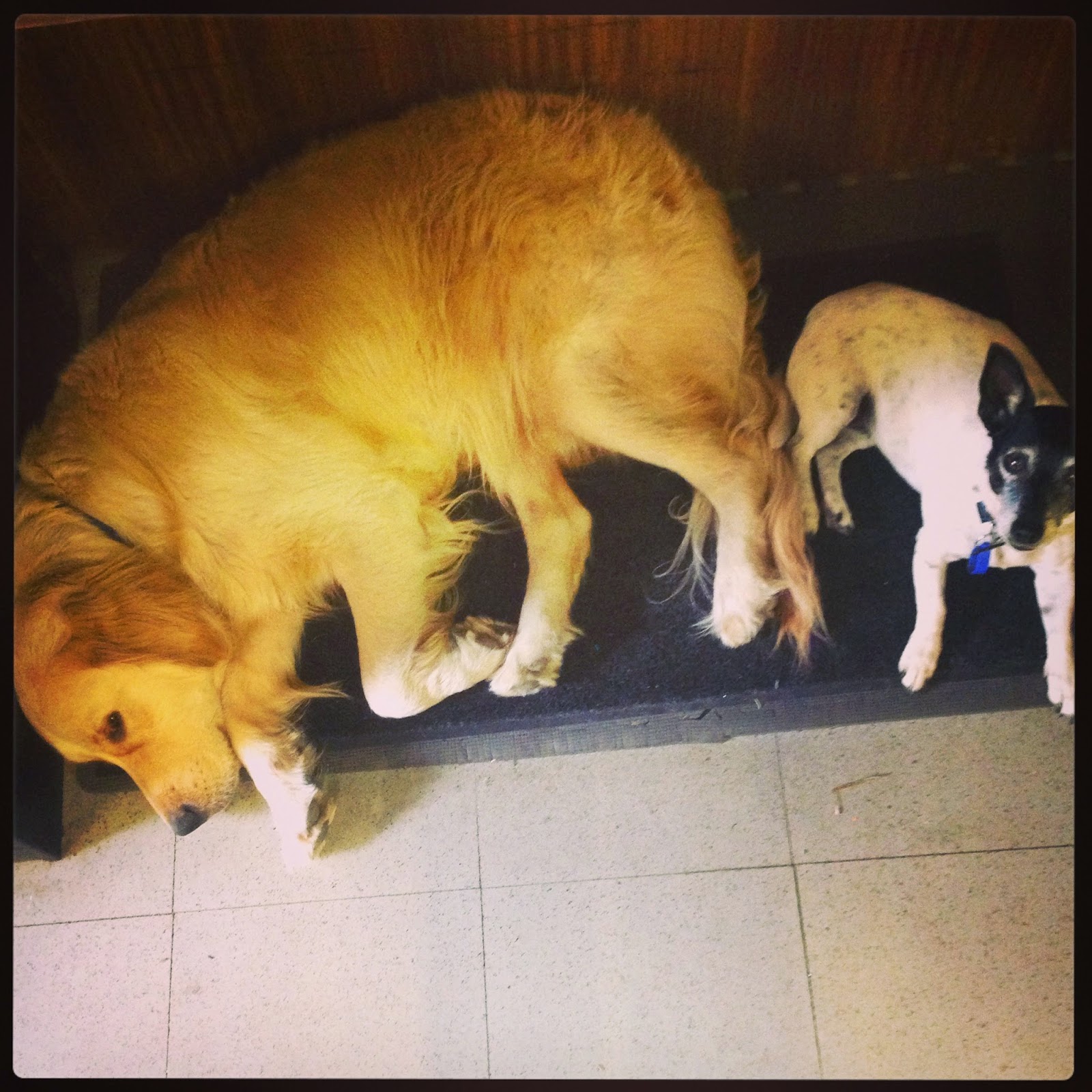