We said good-bye to our last little red hen on the weekend. 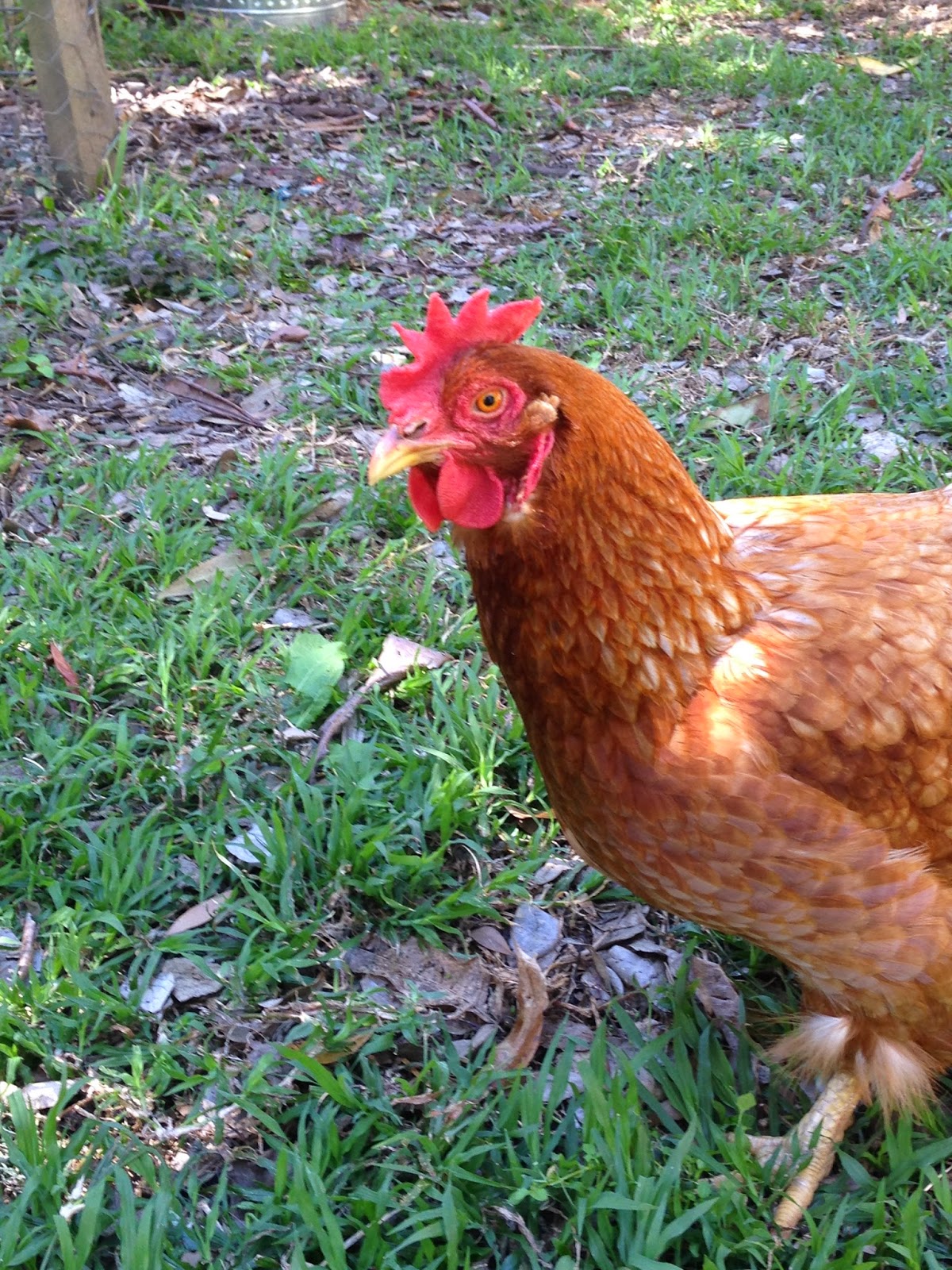 She was pretty old and had been less and less active. I went to check on her on Friday night and knew that she wouldn't last much longer. So it was no surprise when Iven told me that she'd passed during the night.

Call me hard-hearted but no tears were shed. Can't say that I truly bonded with either of the birds that liked to wake up and greet the day well before dawn. On the days that I didn't have to get up early to run. And I really can't say that I appreciated our lawn being destroyed (not that it was ever that great but it was a lot better than exposed dirt) in their endless quest for tasty worms and grubs. And I was never very happy about them visiting my workroom and using it as a toilet - even though Toby would clean up the mess immediately. He's a thoughtful but slightly gross dog.

But having said all of that I'll kind of miss having them just for the fact that I never felt guilty about chucking out leftover food. If I cooked too much it became a hen's breakfast. If the vegies started to go off before I used them, they were a donation towards those lovely eggs that we used to get before the girls went through henopause. As I type this I'm thinking about the container of cooked brown rice that's been languishing at the back of the fridge for a week and remembering how excited they used to get when you'd tip it into their feeder - aka the compost heap. And no, I won't be giving it to Toby and Bubbles. Flatulence can be a potent deterrent to food recycling.

I mentioned our hen's demise to my Mum when I saw her at breakfast later that morning. Remember my Mum? She's the one who used to have the scrub turkey problem. Until she solved it using creativity, ingenuity and a life-sized Justin cardboard cut-out.

Poor Justin hasn't coped too well with the rigours of our harsh Australian climate. In just a week he went from standing on his own two feet to being a crumpled mess on the lawn. That's when my Dad stepped in and gave the boy a bit of spine by sticking a pole up his you-know-what and lashing his head to it with some wire. And that wire proved very useful when one of their dogs managed to grab a chunk of turkey feathers from a trespasser. There's nothing that says 'Enter At Your Own Peril' to a turkey than Justin with a pole up his butt and turkey feathers in his headband. 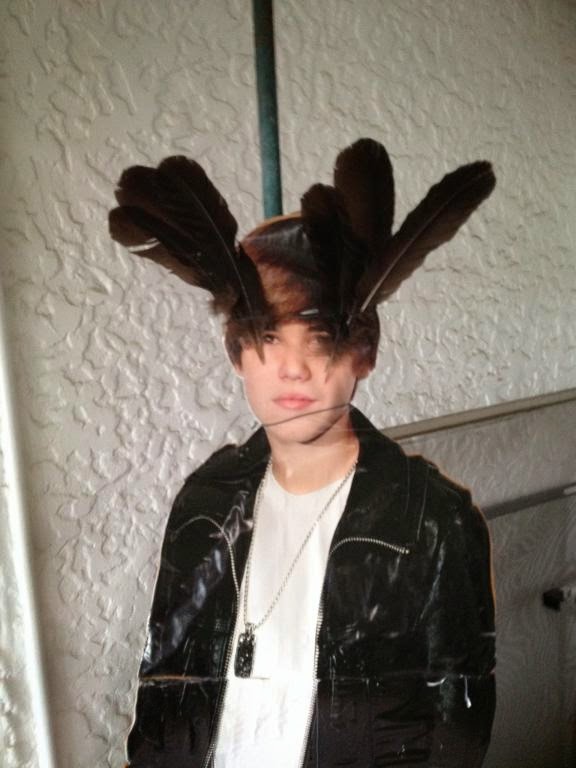 Not one to rest on her laurels, and knowing that scrub turkeys are persistent creatures who have the recall of an amnesiac, Mum asked if she could have the corpse of our dearly departed. So she could string it up on Justin as a further warning to all fowl who enter uninvited.

I think she was joking. At least I hope she was because we all laughed and the corpse stayed in the wheelie bin where it had been laid to rest. Triple-bagged in plastic grocery bags.

(See Woollies, this is precisely the reason that I don't bring recyclable bags. I put all the bags you pack my groceries in to very good use.)

And now you all know where I got my evil, black sense of humour from. Thanks Mum.