I had a cake disaster last week.

I know. I didn't think it was possible either. And it scared the bejeezus out of me. Was this the first sign that I was losing it? And by it I mean cake-making mojo, ability to follow simple directions, memory and/or mind. Take your pick.

I'd done something terribly wrong and I still can't work out what it was but it ended up with three very crusty, sunken cakes that were fudgy and gooey in the middle. I had to scrape them out of the cake tins!

But even though they were a total disaster they tasted delicious so it's kind of a pity that I don't know where I went wrong because I wouldn't mind replicating them.

So it was with a little fear and trepidation that I cranked up the oven this week. Would it again be a disaster? Would my fears of my cake-baking days being over be confirmed? Would I need to hold a garage sale and rid myself of my now redundant cake tins?

Doesn't look like I'll have to yet. The cakes turned out fine. And we were able to celebrate the Socceroos winning the Asian Cup with way too much sugar. 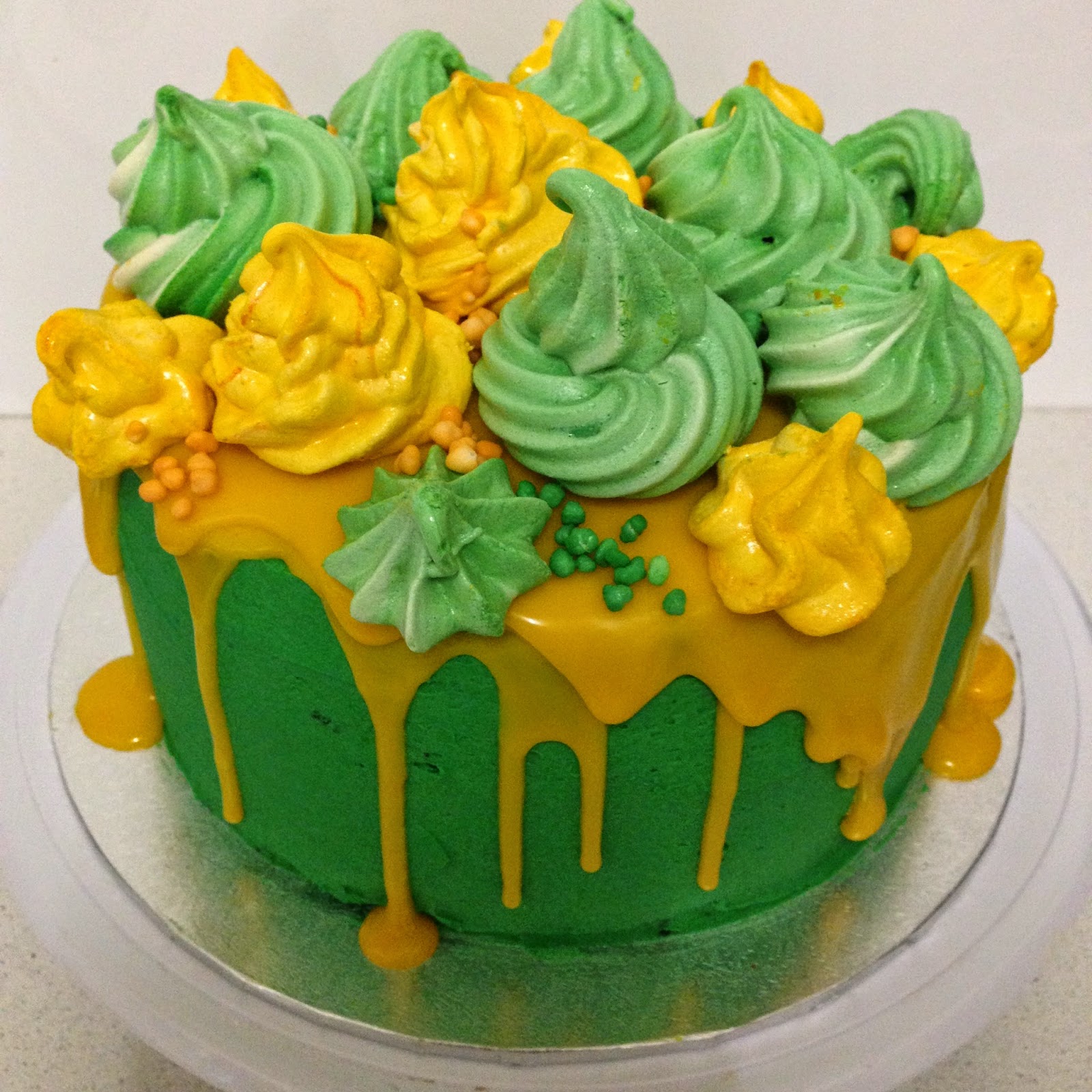 I found out that my grandpuppy is a genius last week. Yes, I know that everyone thinks that they're grandchildren grandpuppies are geniuses but I have hard evidence as proof. He's only 12 weeks old so he can't really talk yet but he's learned to communicate with us electronically.

First of all he stood on the remote and changed the channel from the news to Scooby Do. Typical kid. Would rather watch cartoons (and one where the star is one of his people) than be informed about world events. They all think the world revolves around them don't they?

And then he got my phone to tell me this. 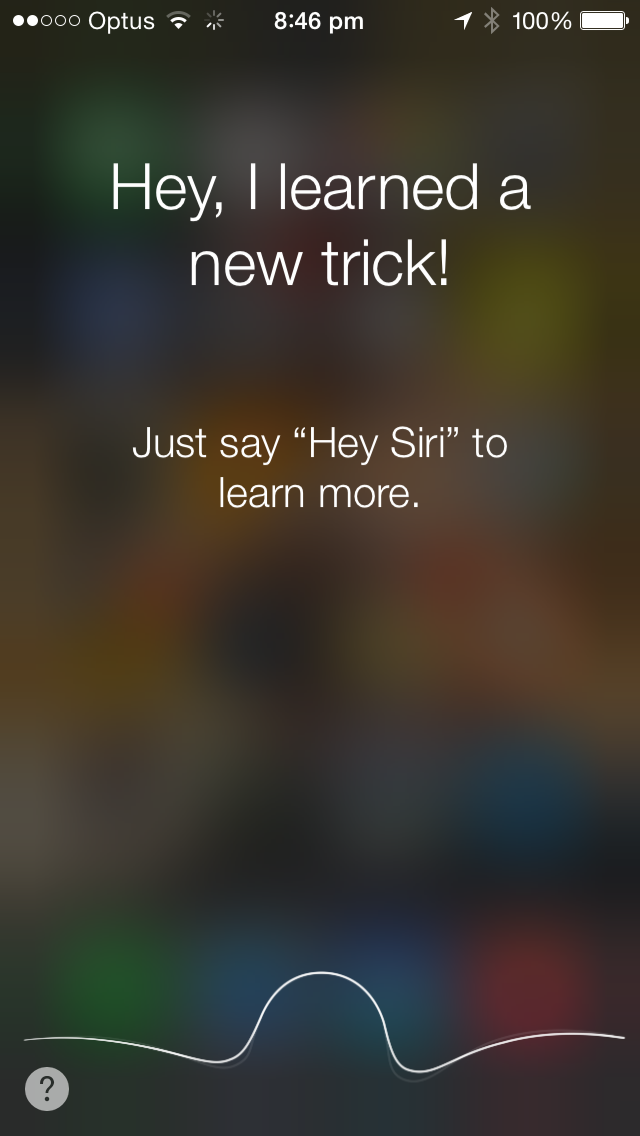 Typical kid. Always needing applause for every little new thing that they learn. His new trick was to play dead when I shoot him with my imaginary finger. And of course I already new that he'd learnt it because I'd taught it to him. But kids do like to brag. 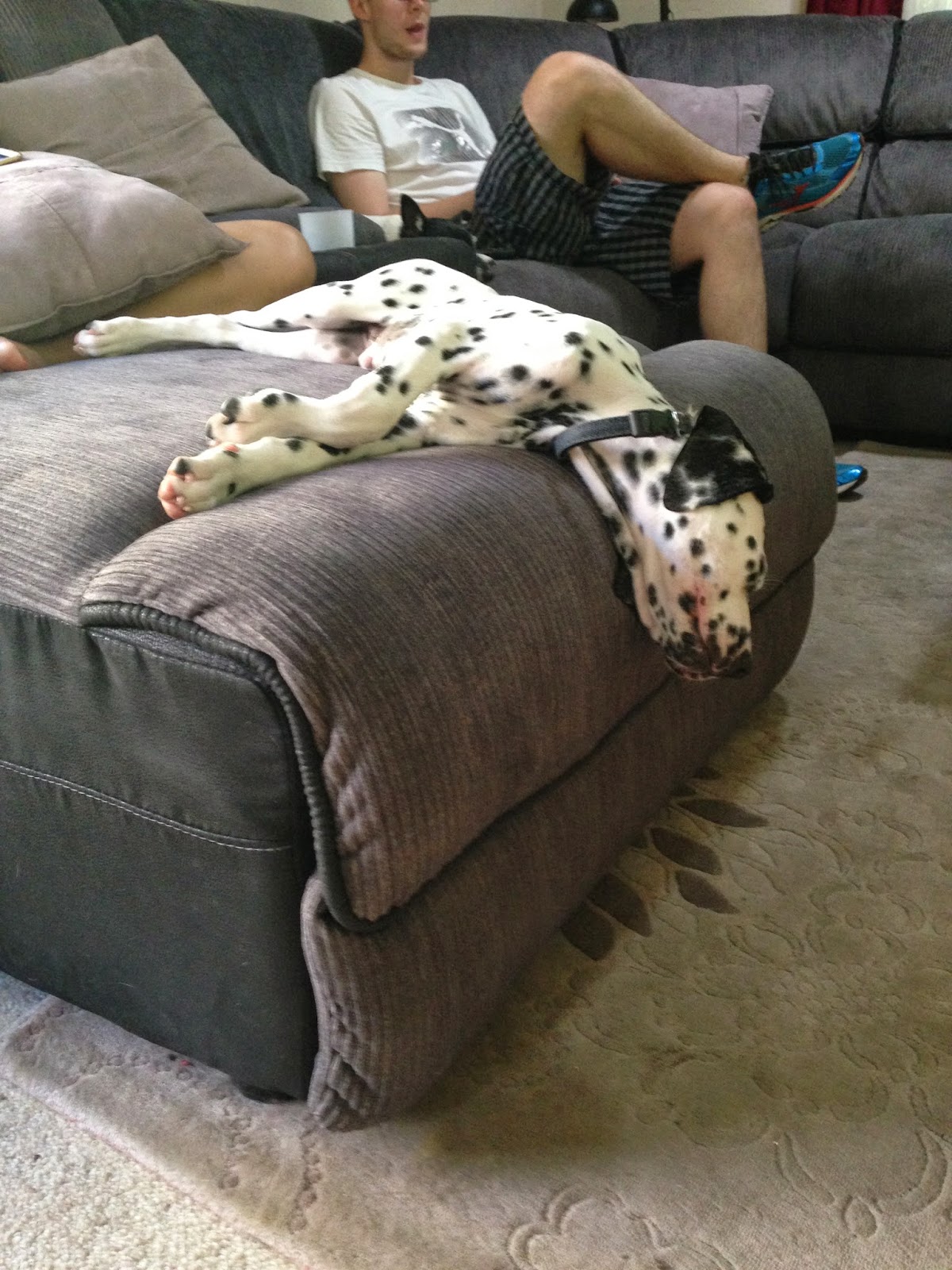 And finally there was the little matter of returning the pink running top that was intent on exposing me to the world. I didn't think it'd be a big deal. The top was fine as long as I didn't run but as it was a running singlet and designed for running it was a no-brainer in my book that I should be offered an exchange or a refund.

I visited the Indooroopilly Lorna Jane store where I'd made the original purchase and explained my dilemma only to be told that because the top had been worn that I couldn't return it. Umm the top was only a problem once I was running in it so how could I know there was a problem until I'd worn it? And then I was told that I should have bought a smaller size - an extra-small. Yes, patently this 5'9" woman is an extra small. And if I'm an extra small then what do the real extra small people get to wear? Children's sizes?

I was obviously going to get any satisfaction there and I could alter the top to fit (just didn't think that I should have to) so I left without making too much of a fuss. But I did air my grievances on Facebook to get some emotional satisfaction. And this is what I got back in response. Read the Lorna Jane comment first. 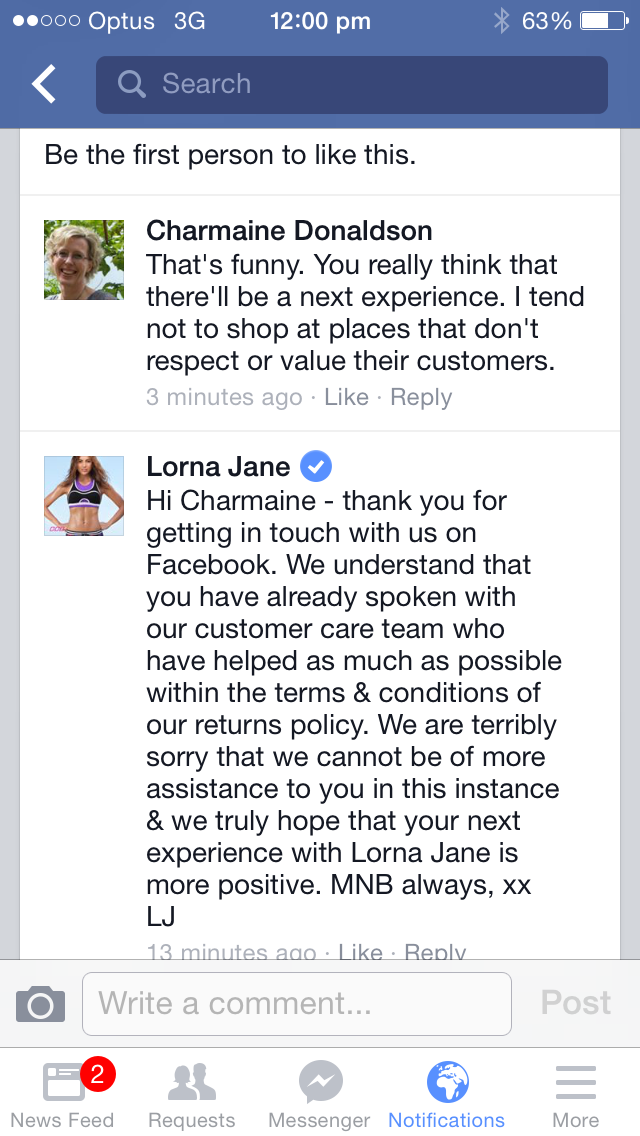 How sweetly insincere! I especially like the MNB Move, Nourise, Believe) always and the kisses at the end. Yep, that's going to definitely make me want to shop there again.
Posted by Char at 2:55 PM