Easter's been and gone.

Sad face! Not because the chocolate has all been eaten. Because it hasn't. No, the sad face is because #1 son has to go back home to Melbourne today. And we won't get to see him until June. I miss him when he's away. And I miss his skill-set. It's kind of cool to have a live-in physiotherapist when you're an ageing runner.

Actually this was the first time I've actually used my powers of manipulation to get a consult out of him. I've been having a few little niggles and thinking that I should get them seen to but just hadn't gotten around to it.Then last week I realised that 20+ years of cooking, cleaning, washing and support, to say nothing of a 12 hour labour, might get me a little free advice.

He was very good about it. Even though he probably, internally sighed  - it's never fun to have to work on your holidays. He poked and prodded and tested and then declared that my left hip was pitifully week. Yes, he used the word pitifully.

The test that deemed my left hip so pitiful was a simple one. I just had to lie on my left side with my lower leg on a foam roller (around mid-calf level). Then I had to lift my hips off the floor so I was in a side plank position from my shoulder to my calf. Then I raised my top leg a bout 8 inches and had to hold that position for 15 seconds. I think I managed only 8 before my hips started sagging. By 15 they were touching the floor. Pitiful!

So to correct my imbalance, and the cause of all the little niggles on my left side, I have to do that exercise 6 times twice a day with the aim of getting up to a 20 second hold. I'll be ecstatic when I finally get to 15!

The Easter weekend wasn't all about running though. We actually planned stuff this year. We often just lie around the house for the 4 days and I usually have to get a bit of work done. That's paid work - not housework.

Friday started with a long run with the squad and a mini-breakfast. Then it was off to a maxi-breakfast with my family. I'm really glad I'd done 23k to pre-pay that eat-fest.


Saturday was a drive to the mountains for a walk in the clean, fresh air. There were supposed to be showers all day but we managed to get our walk done between them. And the previous day's rain had made for a spectacular waterfall. Serena and I were the only ones to get leeches this time. It was a lovely way to spend the day (minus the leeches of course). 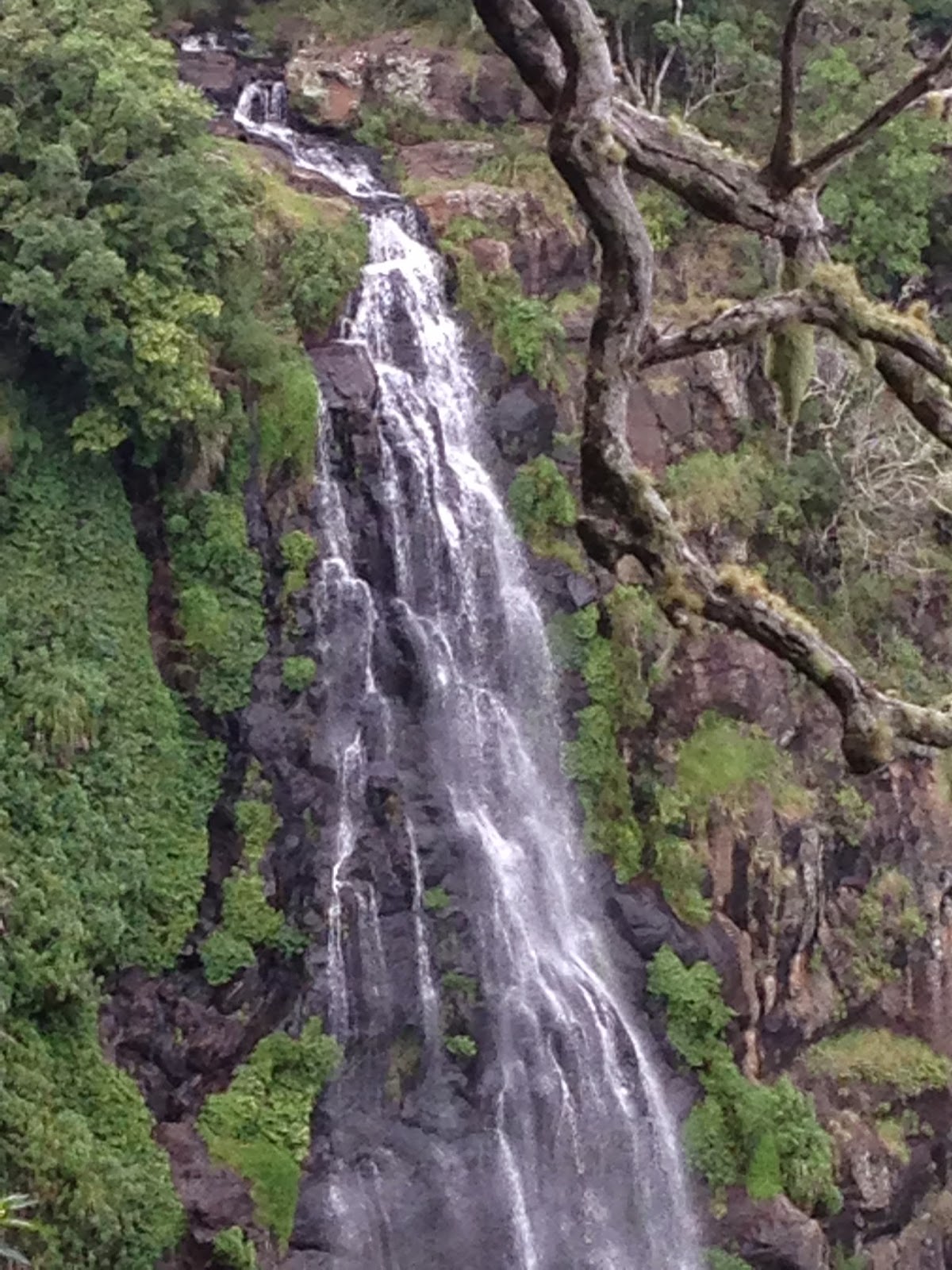 Sunday started with a later-than-usual 12k then a trip to the beach with two of the dogs. Ricky loved it! Toby was a little scared of the big waves. For a water dog he really goes against type. He did suck it up in the end and go in but I think it was because he didn't like being shown up by his younger 'brother'. 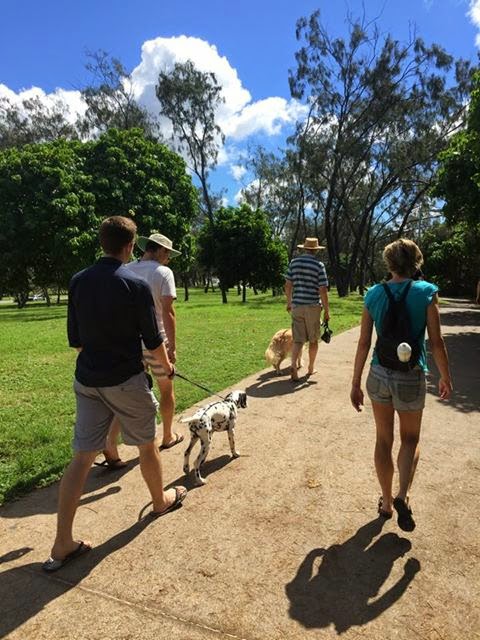 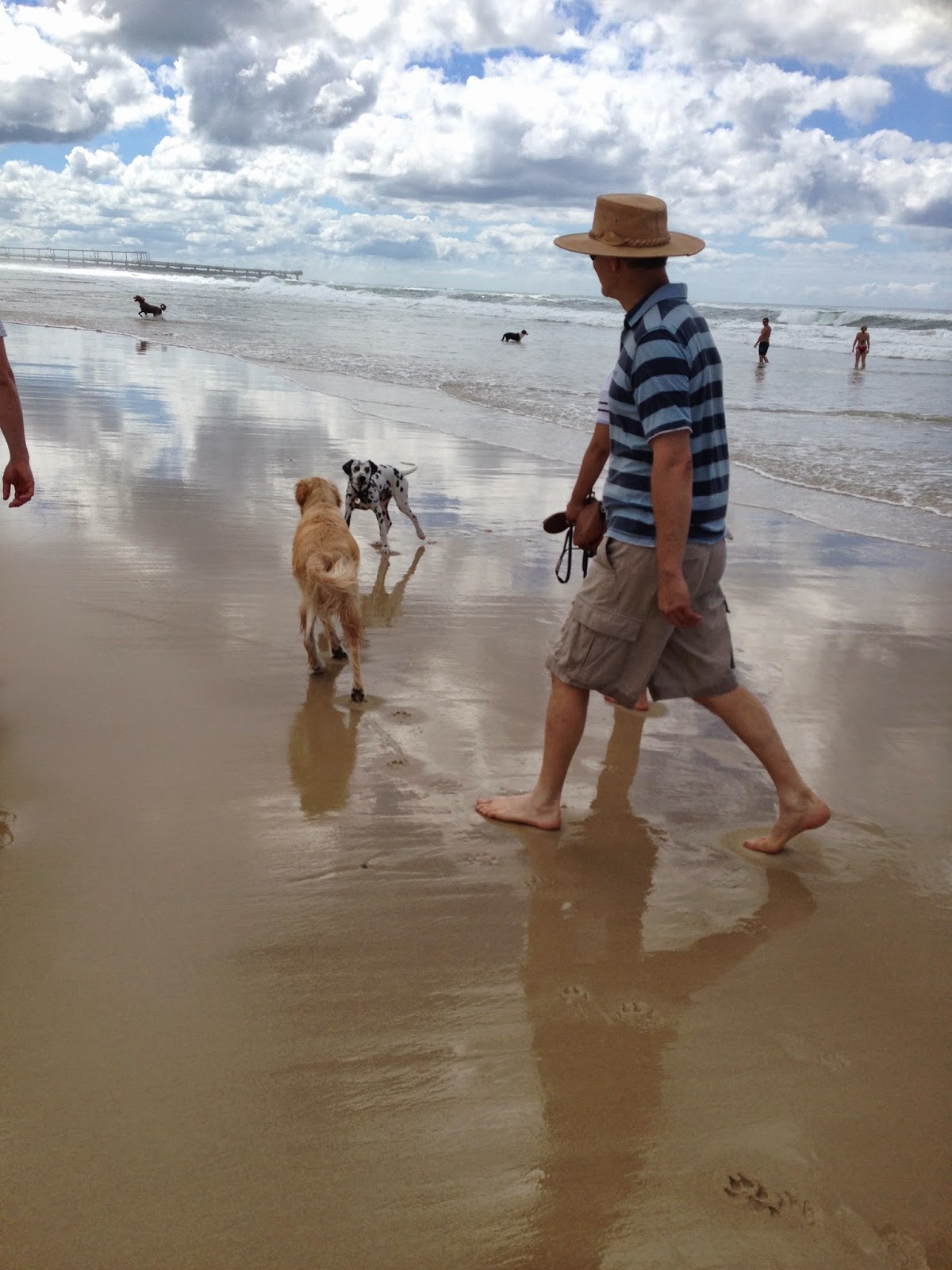 And Monday was all about catching up before the work week really gets started. A bit of baking, a bit of washing a bit of work (I don't think I'll ever get through an entire Easter weekend without just a bit of work) and a bit of napping on the couch.

Such a pity that the weekend was over so soon.