My adventures into the fun and intrusive world of medicine are not totally over it seems.

I'd figured that talking with the sonographer while she stuck her magic wand up my nether regions would have been enough but, no, my GP wants me to go to see a specialist to make sure that my slightly thickened endometrium is really nothing to be worried about. I get why she wants me to do it but I just don't really want to. I've made the appointment and I'll go but I'm pretty sure that there's really nothing wrong and I will be paying out big bucks for no good reason - except to astound and amaze the gynaecologist with my 5 kilo uterus.

Yeah, she probably gets to see those all the time. She probably won't even applaud me.

I've worked out that I can fund this visit to the gynaecologist by selling my eggs because I've still got plenty. Woohoo! I'm never going to go through menopause. I am so not average. I'm decidedly above average in uterine size, weight and reproductive longevity. One might say I was ultra-feminine except that I'm not in the least girly. In fact I was only just saying yesterday how I'm one of the boys after running with the boys and they were kind enough not to point out the giant elephant-sized uterus in the room.

Anyone want a couple of half-century old eggs? I'm sure there's still some genetic material in them that's worth using. I couldn't have used up all the good stuff on my three off-spring. 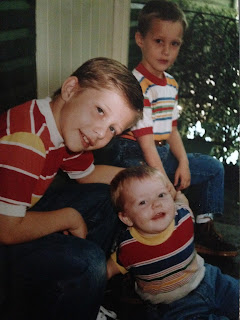 But back to the medical stuff. I decided that I needed to get my full money's worth out of my GP visit (that is bulk-billed because she likes me) by asking her about my last lot of blood results. I had them done in July and had heard nothing so figured that all was okay. Well all is almost okay but not quite. My B12 levels were low and I needed to have a follow-up blood test. Still wondering if I would have had to have one if I hadn't bothered asking about my bloods. I thought it was the doctor's job to check results and ask for call-backs if there's something a little off. My mistake.

I got home and googled B12 deficiency so I could be fully cognizant of my newest fun condition and I decided that the blood tests were wrong. Yeah, I get tired but I'm pretty sure that's from running between 50 and 80k a week. And yes, I get breathless - when I'm running. And I think everyone, especially Iven, would vouch that I'm never moody, irritable or psychotic. But to be on the safe side I had vegemite on my toast for lunch because that's full of folate. And then I googled vegemite only to find out that folate is B9 not B12. Should have had tuna on my toast instead. Or tuna on vegemite.

I kind of feel like my body's falling apart a little bit. That age is catching up with me - except of course to my ovaries which are living in denial. I'm a little bit pissed off about it. Or I was until I remembered that this year I've run 3 half marathons and 2 marathons and I've had three new PBs. There's life in this old bird yet.
Posted by Char at 2:09 PM