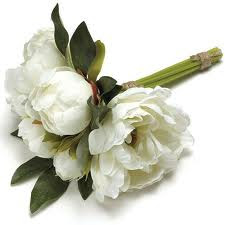 I had the most awesome news yesterday. My baby sister is going to get married!! Lucy has had a tough few years. Her first marriage broke down and it was quite a bitter divorce (on his side). She has two daughters and has been a great Mum to them through it all. Last year she met Brad - actually she became reacquainted with him as they'd previously worked at the same place - and she hasn't looked back. He's just lovely and they're so happy together and we're going to have a wedding!

She's tentatively asked if I'd like to do cupcakes as the wedding cake (she has to get Brad's approval first). I'm so honoured (or will be if Brad gives his approval) So there may be a lot of practicing of cupcake baking and icing in my near future. They've set the date for December this year! If I'm doing the cakes I hope the weather is kind.

It's down to 6 days on the countdown to Melbourne. I'm still feeling good. I've been able to check the weather forecast finally and it's looking like it'll be perfect running weather. It's supposed to be fine with a min of 9C (48F) and a max of 20C (68F) The last time I ran in Melbourne it was quite warm and really windy. This will be so much better.

Saturday was my last long run - of 12k. I ran with some of the boys and we were really pushing along in the last couple of k. It felt so good! I felt strong, and I haven't felt like that in such a long time. When we got back, Andrew (who's doing Melbourne too) said we were running at Marathon pace and I almost freaked out. I told him that I wouldn't be running that hard for 42.2k. What he'd meant was that for 3/4 of the run we had run at Marathon pace and I'd thought he'd meant the last little bit when we ran sub-5:00.

I'm still not sure what pace to go out at. I'm thinking that I should start around 5:25ish for the first few k then see how I'm holding out and adjust accordingly. A lot of my friends who are recent marathoners have just run to where they're comfortable and that sounds like a good plan. I'm so glad that I've got plenty to keep me busy and distracted this week. That way I won't be able to over-think!
Posted by Char at 5:38 PM