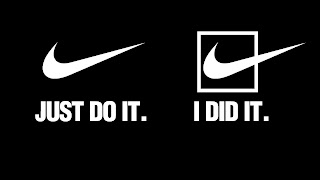 Here's a quick update on this week's running.

Last Saturday I joined the group for the long slow run. Fifteen k done and dusted three minutes faster than I'd run the previous week's slightly shorter run. It makes a big difference to run in company.

Then Sunday I got up and did it all over again. Maybe not so smart to do two long runs only twenty four hours apart but I figured I'd do it slow, walk if I had to and cut it short if my legs were tired. But I did have a certain route in mind and when I decide on a route I generally finish it. And I did. Another 15k done and dusted.

Monday was a rest day - just a three k walk with Toby and some yoga.

And then came Tuesday. Tuesday has been speed day for years now. But since January I actually haven't done a proper session. I did a 3.7k loop by myself keeping my heart rate as low as possible and then I'd do some 1k reps with plenty of rest between them. And that's been my routine for months now - until last Tuesday. I'd decided that the time had come to do a full session. Of course it would be modified a little to get more rest between reps but I was going to do what the squad did. And I was almost wetting myself with nerves.

I had to keep telling myself that if it got too hard I could stop. I didn't have to run hard. No one was expecting me to run super-fast. In fact they were all so welcoming and pleased that I was able to join in.

Coach Chris had threatened me with a tough set and I'll admit that it wasn't really easy but running a bit faster than snail's pace was never going to be easy. One kilometre reps with a 500m recovery. I managed five reps - 4:48, 4:49, 4:40, 4:47 and 4:41. Pretty consistent so I was happy. But I was even happier with the caramel slice - thanks Mike for making good on the birthday promise and it was every bit as good as you'd bragged.

Wednesday was a rest day and Thursday was an 11k run. You'll note that there's no qualifier like tempo or progression in front of the word run. It was just a run trying to keep my heart rate low. And by low I mean low for me because my heart rate is always higher than what the books say it should be.

I'd run this route last Thursday and this week I ran it slightly faster (and it was only just slightly) but my heart rate was quite a bit lower. Little successes make me happy.

My total for the week was just over 50k. And that's the bench mark that I'd set for what I wanted to  be doing each week when I'd set my new year's goals. It may have taken me almost 9 months but I made it!!