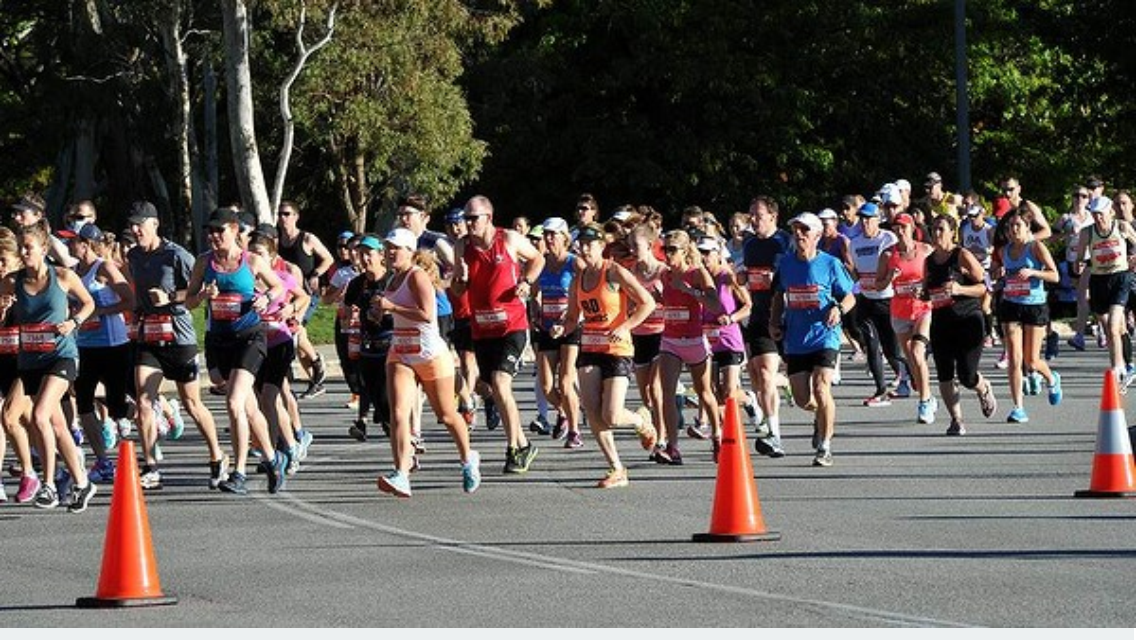 Three days and the muscle soreness from running Canberra is finally abating.

I wasn't this sore after any of my half marathons last year and I'm pretty sure that the culprit was the many hills/inclines/positive gradients that Coach Chris said weren't there. I don't know why I ask him about hills when he doesn't feel them. That's the second time he's lulled me into a false sense of security.

I was a little disappointed with my run on Sunday if I'm going to be perfectly honest. Not that I thought I could have given any more in the race. It was more the lead up and the failure to manage my anxiety and how much that physically takes out of me. But I know that the first race of the year is usually one of my most anxious so it should all be up from here. I hope.

I was also a little disappointed in something I saw on the course. It was a sign on the side of the road that was warning motorists that the road was to be closed due to a 'fun run'. This was about 15k into both the marathon and half marathon courses. At that point 'fun' was the last thing it was feeling like. I thought it was a little demeaning to what thousands of us were all doing. But I guess it's easier to put 'fun run' on a sign than 'serious endurance event with incredible athletes of vastly differing abilities but all with one goal - to achieve their dreams!' Might have been too hard to read all that while you're driving at 80k along the parkway so I'll forgive the sign writers.

But disappointment aside, there's always positives to take away from every race. Like the camaraderie of a group who all love to do the same thing. We are such kindred spirits. In fact one man felt such a kindred spirit that he took it upon himself to tuck the size tag back into my singlet around the 8k mark. I totally get it - it had probably been bothering him for the last 7.9k and he wanted to save his fellow runners from the annoyance.


And there was the joy of being able to run on such a beautiful day in a different place. Way nicer to run when the temperature is 10C and dry than 22C and humid.

And then there was the satisfaction of getting the media coverage that I so rightfully deserve for my feats of athleticism. You may not have noticed me in the first picture so I've zoomed it in - just for those of you who were never good at finding Wally. 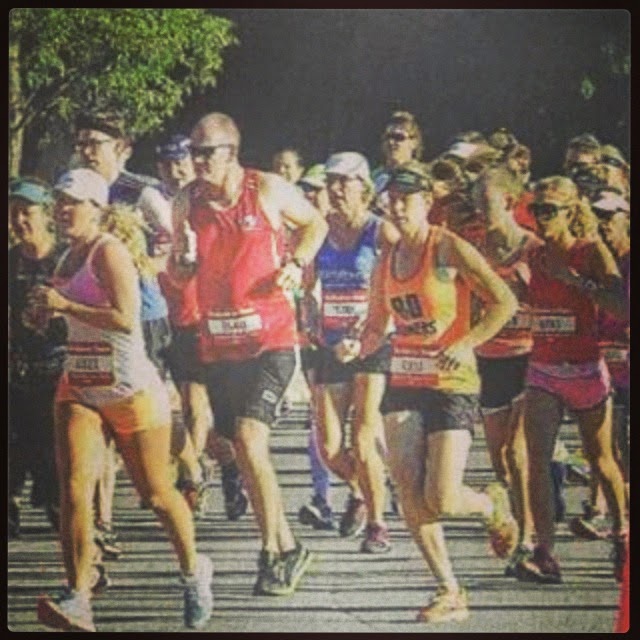 Would I do Canberra again? Definitely. And maybe I'd do a few tempo runs on Hillside Tce in the lead-up now that I know what I'm in for.

Next up - Great Ocean Road in four and half weeks.
Posted by Char at 3:30 PM