And then I tried running two days in a row. Not even long distances. And certainly not fast. And I ended up exhausted. So tired that I could hardly get off the couch the following day. Almost too tired to sleep (if that makes any sense).

It felt the way it used to when I had over-training syndrome but this was not from over-training. This was from the result of sustained stress and raised cortisol levels. Our bodies can't distinguish between stress caused by physically pushing ourselves and stress caused by other issues. Stress is just stress and I've learnt the hard way that pushing through it can end up in tears.

So I officially withdrew. And I cancelled my flights.

A little aside here to sing the praises of Virgin Airlines. I'd bought the cheapest flights and certainly expected nothing back after the Jetstar debacle of 2013. Virgin, however, was much more empathetic and have refunded my fares totally as credit. I was astounded, amazed and very grateful.

So now I have nothing on my plate for the rest of the year. No pressure to get back to a decent fitness level quickly. And it feels really, really good.

I decided for last week's long slow run that I'd start towards the back of the group and try to stay there. Make myself go slower and finish the run feeling like I could have done more. I managed to do just that and in doing so had one of the most fun runs that I've had in a long time. These runners know how to really enjoy their running. 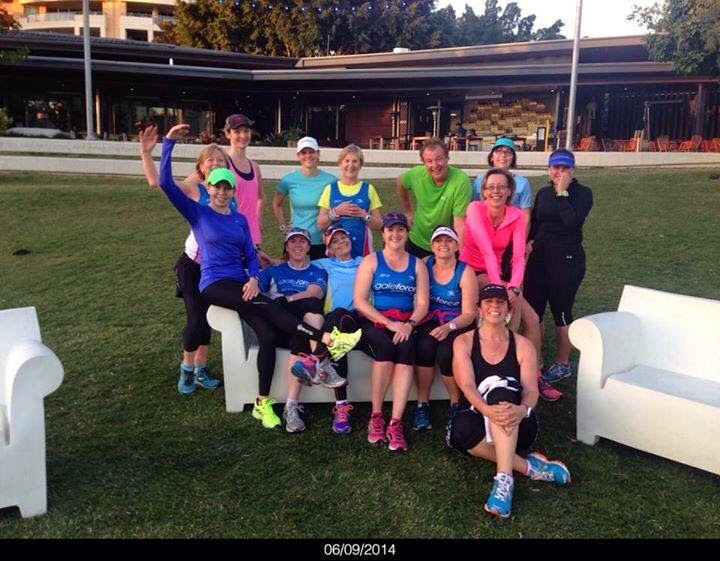 At Tuesday's speed session my aim was to work a little harder without killing myself. And I nailed that too - despite the session combining speed and hills. I finished the set still standing. And starving.

I've always loved running to train for an event. I love having a focus to all the sessions. A reason to get out of bed at a time when Toby just ignores me putting on my running shoes because it's way too early to even contemplate a walk. I love being part of a group that's working towards something big - and Melbourne is going to be big for the GaleForce Squad this year. The excitement in the group is contagious and energising. Sure I'm a little bit sad not to be a part of it this year but I'm a lot bit relieved to be able to take my foot off the accelerator and just cruise for a while. I've totally accepted that it wasn't the right year for me this year.

And on a totally unrelated note, I wanted to share this photo I got of a visitor to my parents' house. They've been leaving seed out in their feeder and word has spread through the avian community. This guy was so greedy that he didn't want to move even when I got up really close. The posturing was to scare me away. 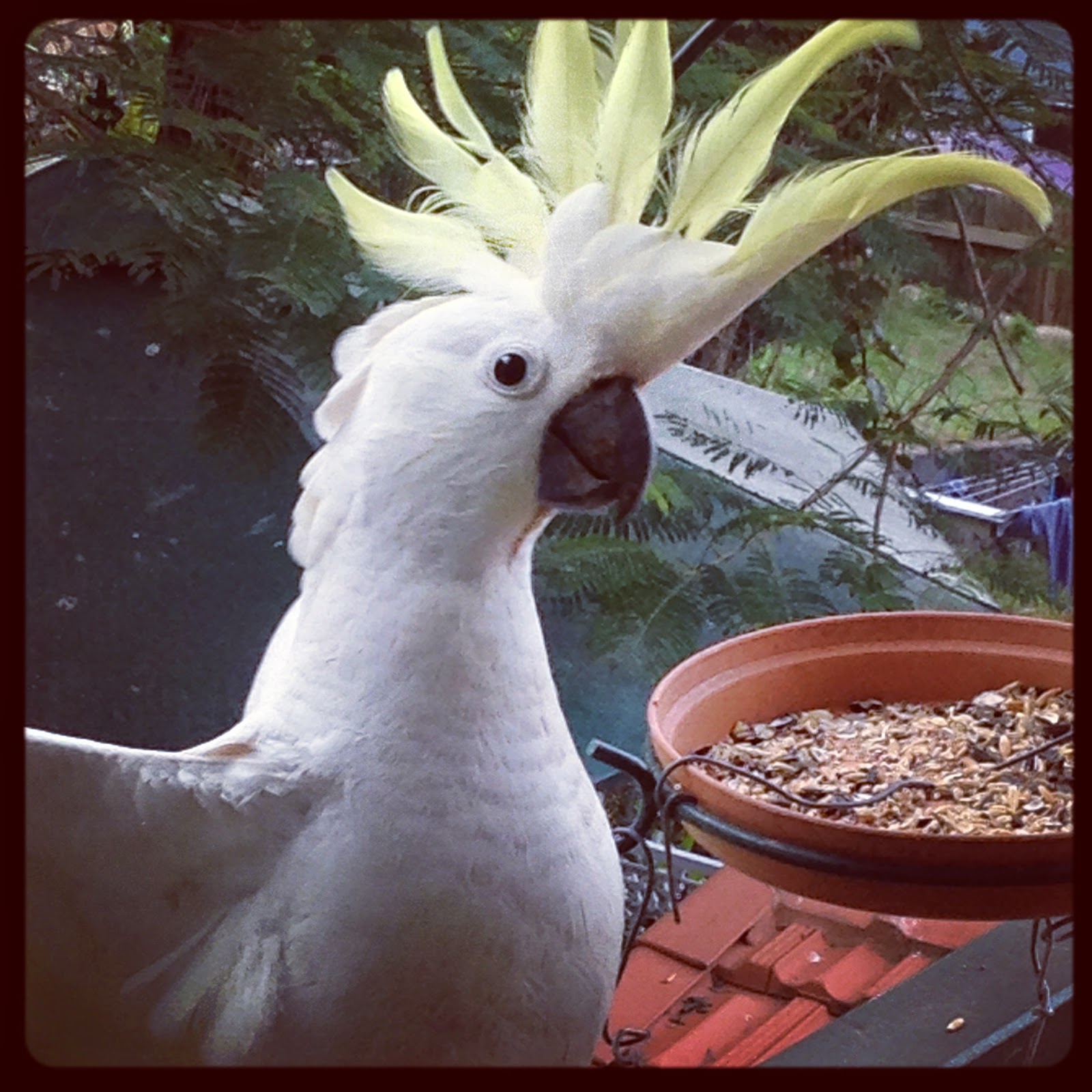 I don't scare that easily. Well, not because of a cockatoo. Maybe if it had been a cockroach that had dropped on me unexpectedly when having a shower ... But that's a different story.
Posted by Char at 6:38 PM