Thanks For Rubbing It In

Since my last post it's been lovely to have so many women rub their handy-in-the-kitchen husbands in my face. I've been told of partners who do all the cooking and shopping. Ones who cook roasts while their better half is out running races. Barbecue kings and others that like to dabble in desserts. I even had one of my favourite running partners (male) come up to me on the warm up on Tuesday to regale me with tales of his home-made pasta. No longer one of my favourites Elio!

So it's official. My better half is a kitchen dud! Just as well there are other rooms in our house that he can redeem himself in. And for those who have their minds in the gutter, I was actually referring to the toilet. He's a dab hand with that toilet brush!

There is no malice in that statement. It's just God's honest truth. She has been the only person that I've ever known who's managed to get boiled beans greasy.

The main aim for food in his household was to not waste any of it so it took years to convince him that he shouldn't eat mouldy bread, jam or cheese. And that leftovers were probably better left after a fortnight. His mother had taught him well to clear his plate and be grateful for everything. So, despite my complaints about having to take sole responsibility in the kitchen, I know I'm cooking for an appreciative audience.

And there are always side-benefits to being the chief cook. I get to choose what the menu is so I get to cook what I want to eat. And if I want to eat chicken and rice three nights in a row then so be it. If you want to complain about the lack of variety well you're quite welcome to borrow the frilly apron and take charge.

And in other news, this came in the mail on Monday. 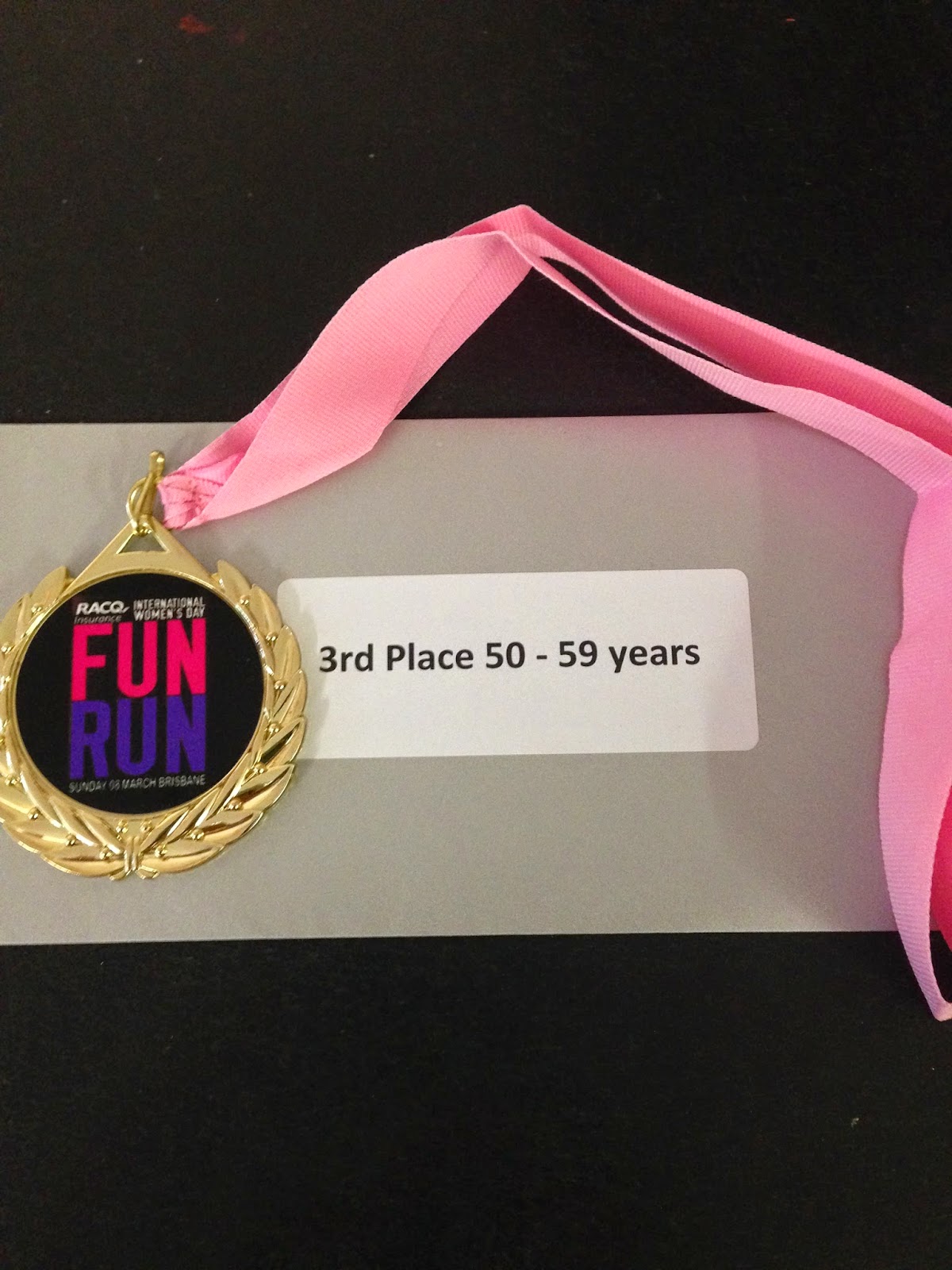 Not second place like it had showed when the results were announced initially but I'm still happy with the result. Another medal to add to the collection - and the fact that it's not just a finishers medal makes it even more special.
Posted by Char at 6:32 PM