This is how my Saturday looks. 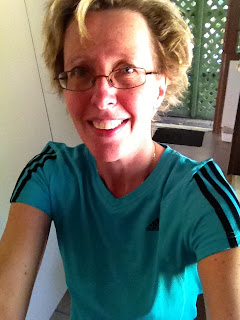 18.65k of happy! My longest run of the year to date. Wearing my new shirt which is a gorgeous colour and makes me look 10 years younger (in my humble opinion). And that works out perfectly because running 18.65k makes me look 10 years older. I finished a bit tired but it was the right kind of tired - not the sick and tired that I had at the beginning of the year. Never has chafing felt so good! 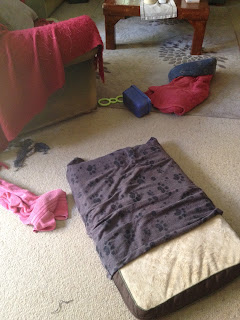 The mess we came home to after a lovely cafe breakfast of eggs and coffee. Toby likes to move his bed so he can see more. The rest of the mess is his blankets and his toys. I should really train Toby to pick up his own mess like I did with my human children but considering the states that their bedrooms are usually in I might just save myself the effort. 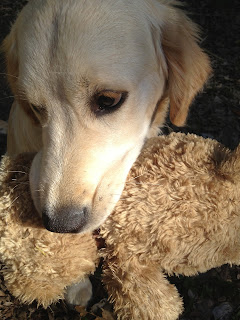 The mystery of where where Josh's teddy had disappeared to was solved!. Toby didn't really steal it - he was just showing it around the garden and keeping it company. There's nothing cuter than finding your dog cuddling a teddy. 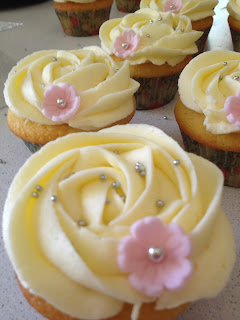 Luke's girlfriend Becky's mother is having a milestone birthday this weekend. And a milestone birthday deserves a party and some very feminine cupcakes. Toby was in the kitchen giving me lots of moral support while I was making the icing. I couldn't work out why he got so excited when he saw the piping bag until I remembered that he gets the left-overs now to save me from myself. Poor Bubbles doesn't get any but it's only because she's so little that any extra calories go straight to her waist. 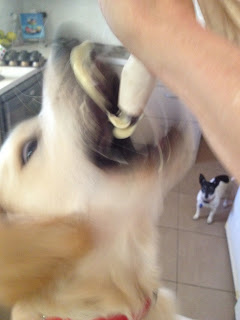 I wouldn't have thought that a dog would like lemon icing so much - after all he wasn't so keen on the squeezed out lemon peels.