Melbourne - My Other Highlights

My trip to Melbourne didn't stop with the half marathon. Iven and I took a few extra days to enjoy the city. So I've basically given you a pictorial version of the highlights.

Best part of the holiday - undoubtedly going for another run early Tuesday morning. I hadn't brought any other running clothes so I wore my stinky set from Sunday - socks and all. I would never do this at home but I was in a different state and no one was likely to recognise me or my smell. And I took my phone for safety reasons (never do this at home either) and to take pics. 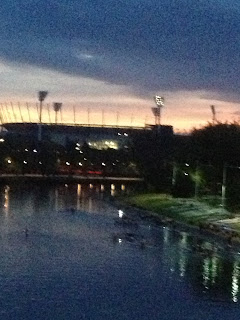 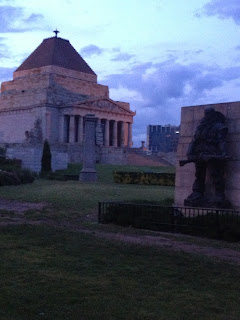 The Shrine of Remembrance in the Royal Botanical Gardens. There's something quite poignant running past war memorials in the dawn light. I had a quiet moment here before heading off. Just a little aside - if you're ever running in these Gardens the protocol is to run clockwise. I didn't get the memo and ran anti-clockwise. What a rebel! 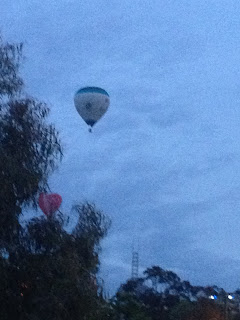 This is on my to-do list next time we're in Melbourne. What a great way to see the city. 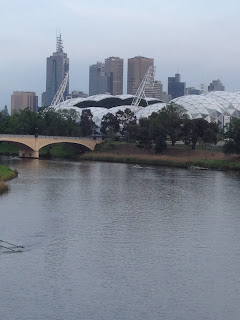 I ran around the Gardens and decided that 6k wasn't quite enough so I headed down to the river. The Yarra has great paths for cyclists, runners and walkers on both sides. All the rowers were out training and I had a bit of fun racing crews (okay they didn't know they were racing me ... but I so beat the four and I stayed with the eight for at least 400m) 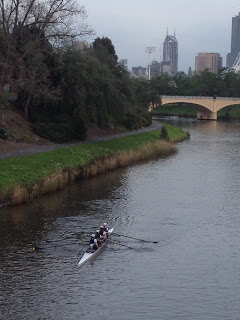 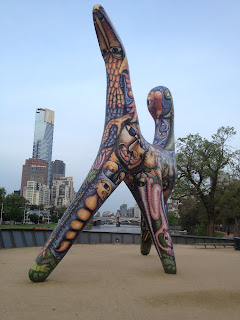 A sculpture in Birrarung Marr - the park that leads from Melbourne Park (where The Australian Open tennis tournament is played) into the city. It was only a bit over a kilometre from here to where we were staying. I stopped my watch at 10.5k. Best way to spend the morning!! 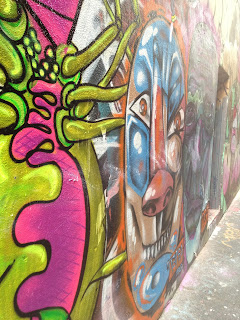 Melbourne is filled with little laneways and lots of these have been handed over to graffiti artists. And the ones that haven't been painted are filled with cafes. Want a great coffee? Just head down one of the lanes and find a seat - you really can't go too wrong.

What else would an ex-vet and animal technician do on a trip away? Visit the zoo of course. I've got a soft spot for primates.

Even just wandering around the Fitzroy Gardens made my highlights reel. Brisbane is a sub-tropical climate and we just don't get spring flowers like they do in Melbourne.

I've come home refreshed, rejuvenated,re-energised. And I've come home with a B.A.D - big, audacious dream ... but that will keep for my next post.