You probably all saw my birthday cake creation from the other day.


While I was making it I did something a little odd.

It's not unusual for me to do odd things. I personally think everyone does odd things from time to time and if I do it a little more frequently than other people then that's just one of my lovable little quirks.

I was mixing a triple batch of chocolate cake by hand. A triple batch is a pretty intense workout for anyone who's used to using an electric mixer to do the heavy stuff. I could feel the muscles really straining in my arm so I looked down to admire my awesome guns.

And they really did look pumped from where I was standing. They looked like I actually worked out my upper body - which I pretty much don't ever. So I decided to do the odd thing. Something only the young and vain do.

I took a selfie of my bulging biceps.

And then I looked at it and almost wet myself laughing. 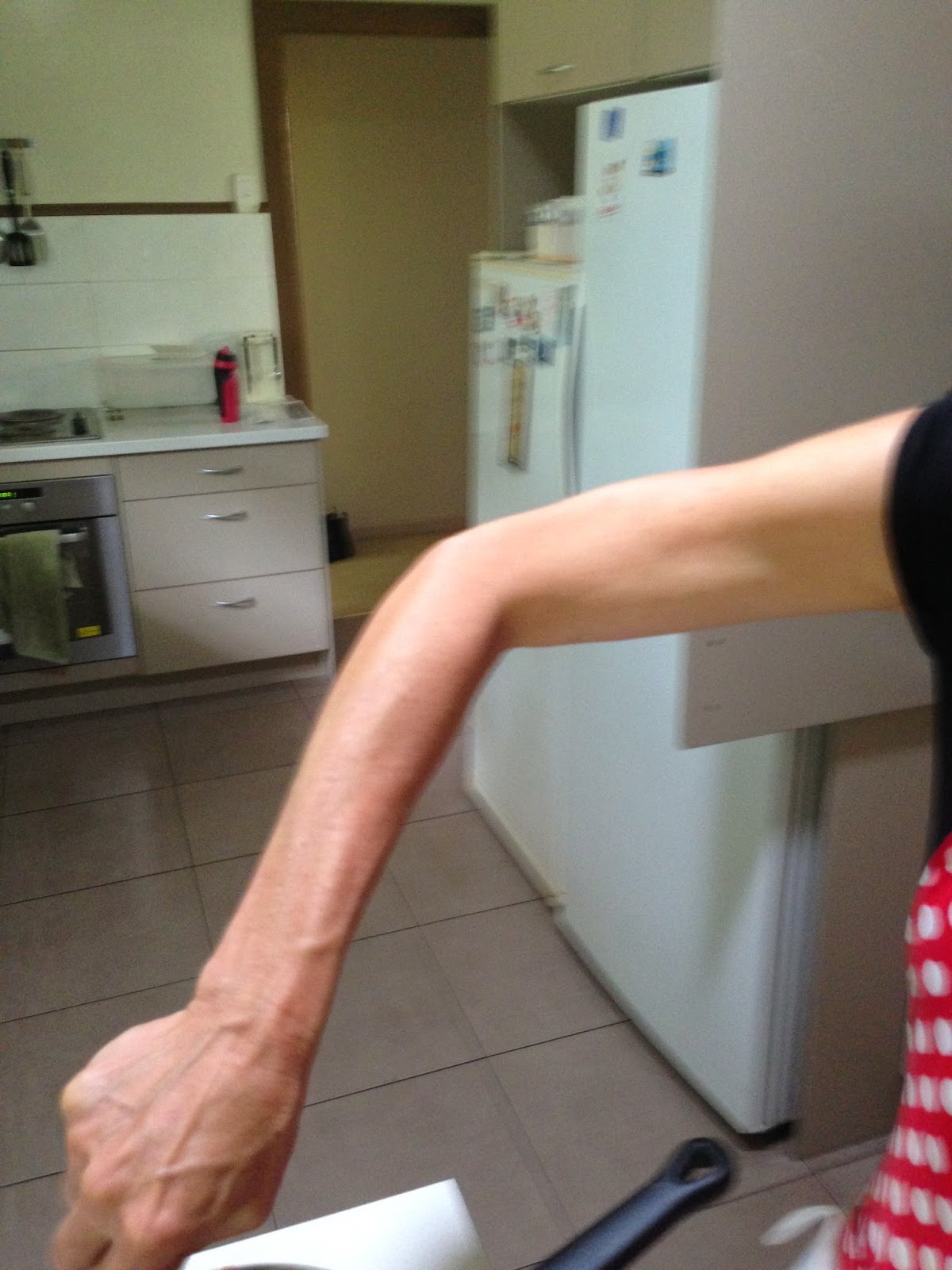 I swear it looked like I had a muscle from my perspective.

Guess I won't be entering a body-building competition any time soon.
Posted by Char at 1:49 PM