We had our annual Santa Run on Saturday. 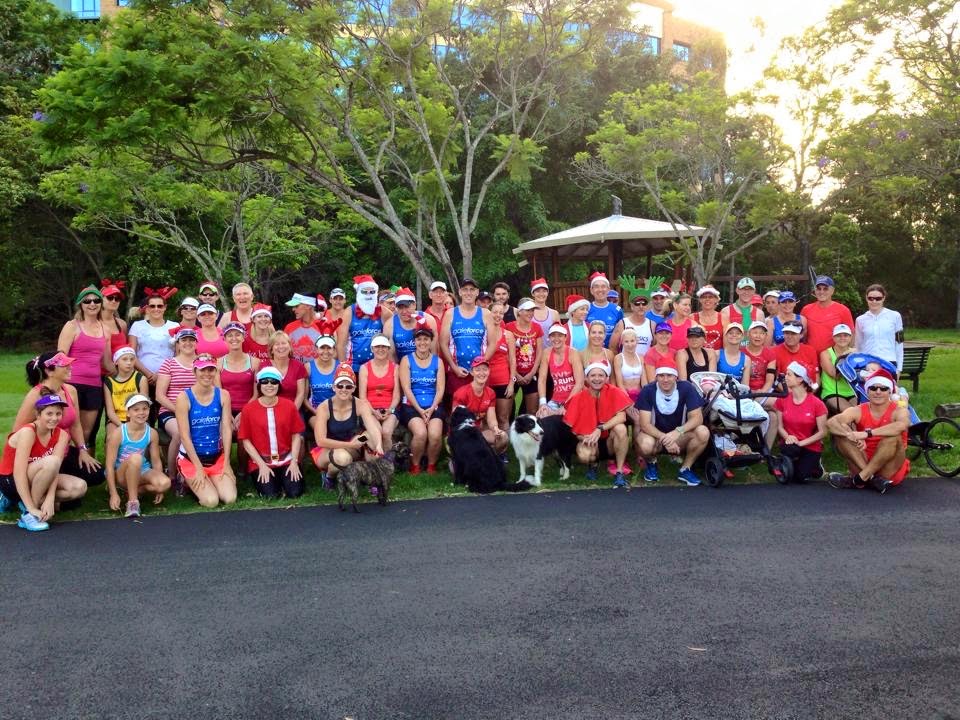 Over 50 runners, walkers, babies and a few dogs showed up to take part. 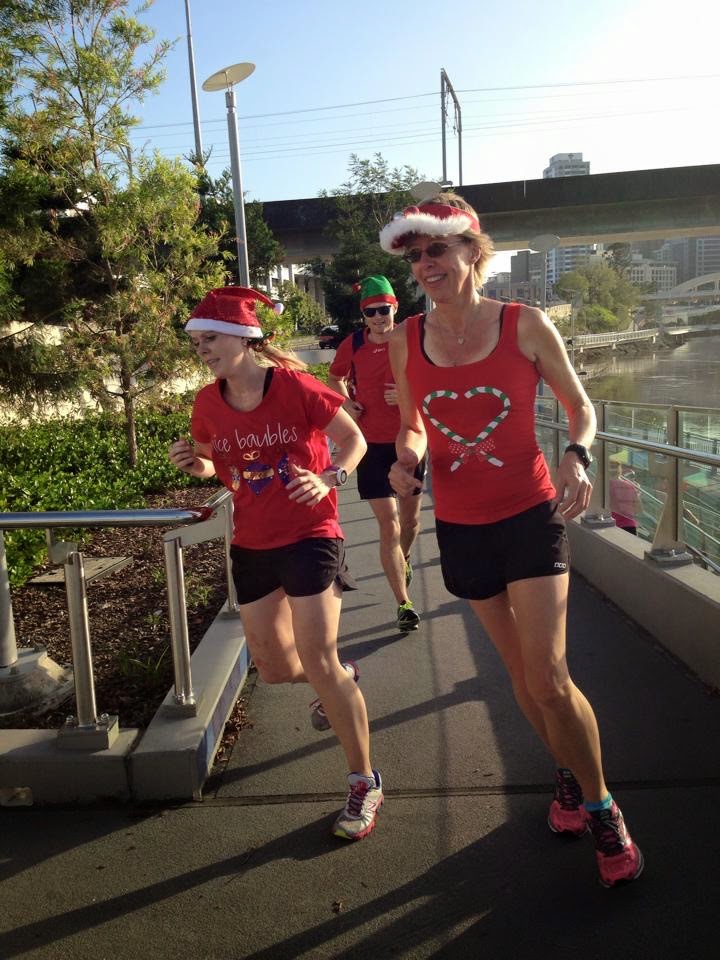 It's possibly one of the most fun runs that we do. And one of the most annoying. Try singing Jingle Bells in your head for 12k. Inspired, of course, by the bells sewn to the shirt of the runner nearby. The Jingle Bells in your head is playing at the pace that you're running at but the runner with the actual bells is not running the same pace. Tempo mismatch! Bah humbug!! 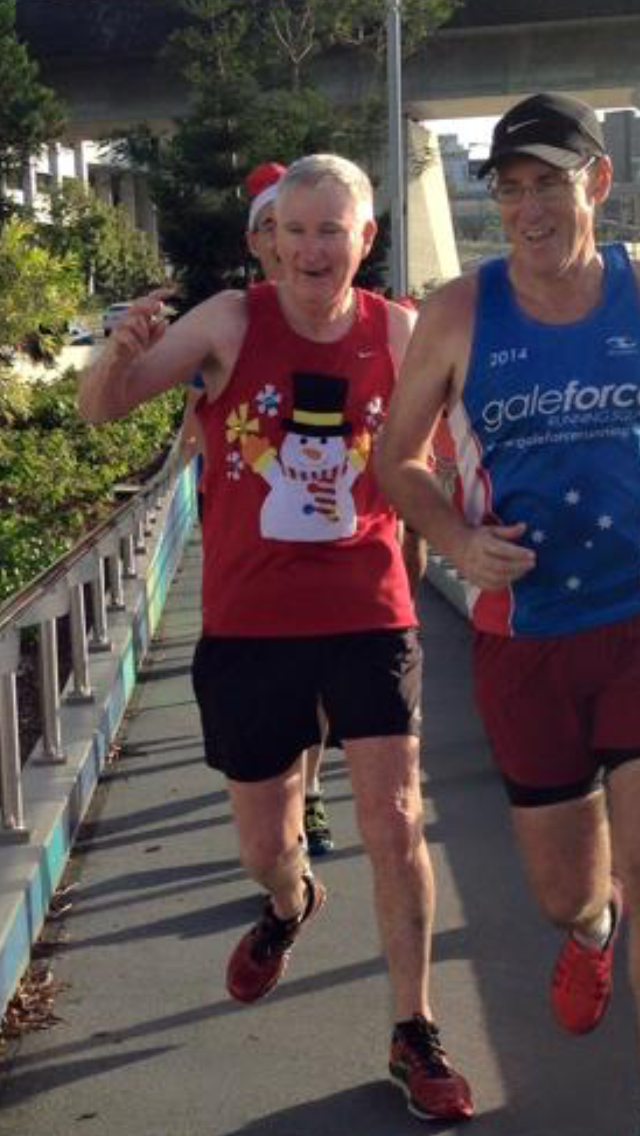 So what does one do on a Santa Run? Apart from dressing up in totally inappropriate clothes for our climate? We talk about festive things, naturally. Like what we're doing over the break. Like whether the Christmas shopping is completed. Or almost completed. Or not-really-started-but-I've-got-some-ideas. And we debate the big questions - like why women look good in tight black pants while men don't. (Jury's still out on that one - I personally think it's in the eye of the beholder) And whether it's wise to put a set of car keys in the pocket of a totally new pair of shorts whose drawstring has previously been untested. There are some days when the built-in undies may seem inadequate.

We weren't the only ones out there feeling festive early Saturday morning. There were a pair of Santa's helpers on the path. Bearing gifts. It's probably the only safe time to accept candy from a pair of sweaty middle-aged men.

We were greeted with smiles and wished Merry Christmas all through the run. And every time it happened I was surprised that there were so many friendly, happy people out. Then I'd remember that we were all dressed up and that they were actually enjoying the spectacle of adults acting like kids. Nothing wrong with that.

But the best part of the run was raising over $1000 for a very good cause - the Advanced Breast Cancer Support Group. Christmas is all about giving.

And talking about giving - those Christmas cards that I've been given have come in very handy this year. They're not only festive and decorative and remind you of all the wonderful people in your life - they act as decent cockroach killers too. Merry Christmas and take that! 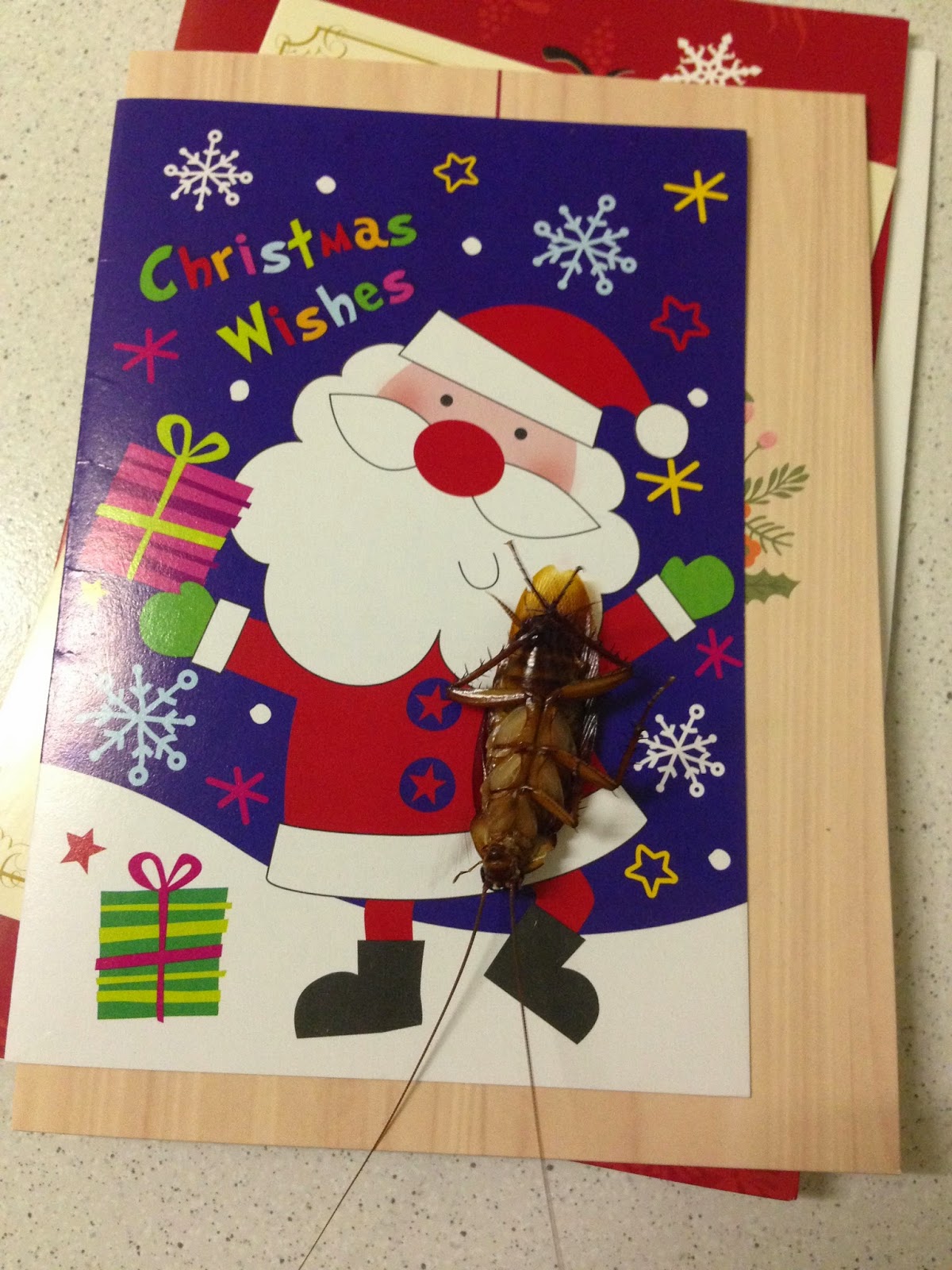