One Less Session To Hate

A little knowledge is a dangerous thing.

Or it can be when that knowledge relates to speed session and knowing what session is ahead of you before you get there.

They're usually the long rep, short recovery sessions. The sessions where I start out all optimistic that I can maintain pace but somewhere along the way I lose all will to live. The 10 minute rep session is one of these. Five minutes out and five minutes back with a two minute recovery that feels like 30 seconds. I have yet to complete one of these sessions with my internal dignity intact. I might be running on the outside but on the inside I'm crying that really ugly cry with snot and tears and a big red nose.

The other session I really don't like is the 3,2,1 session. Three kilometres, two kilometres, one kilometre. I usually start the session okay but lose my way in the second rep then pull it all together for the last. And I get so annoyed with myself for mentally giving up.

We do these sessions every so often and yesterday was one of those occasions.

I would have griped about it if I'd turned up on the morning and found out what was ahead but Coach Chris hinted at it on Saturday (not-so-subtly) so I had three days to anticipate the pain. Or to work up a good excuse why I couldn't be there.

A fake illness seemed like a good idea but I should have chosen one that's a little less exotic. Pretty sure he saw through that one. 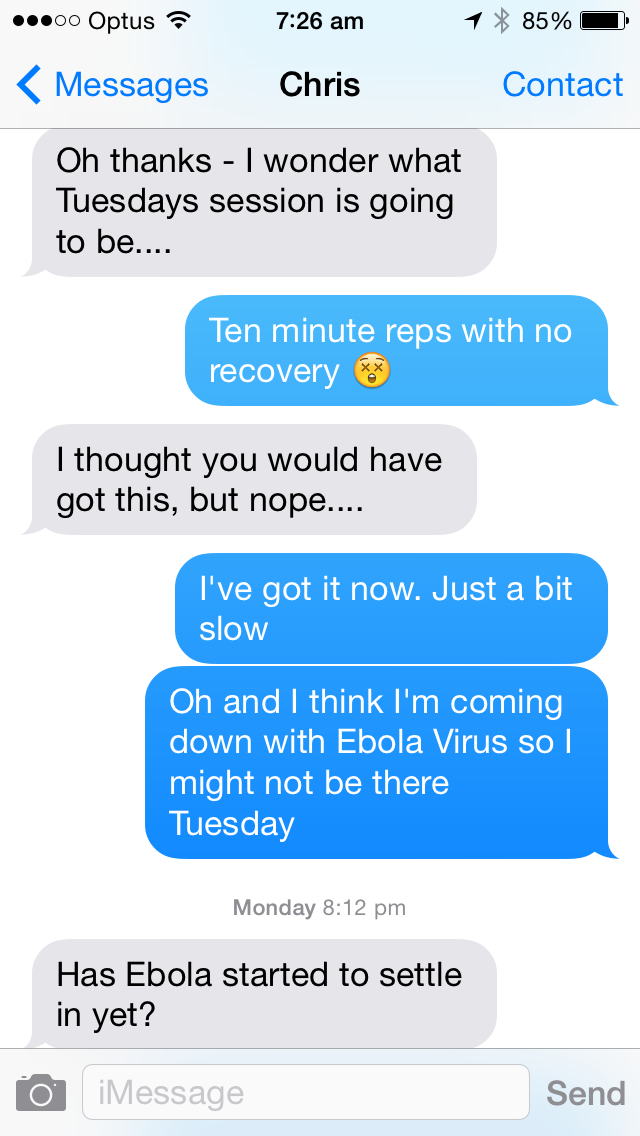 Being a little short on imagination, I couldn't come up with anything else that wouldn't seem like cowardly piking and, as much as I'm a cowardly piker at heart, I don't want to look like one. My only option was to pull on my big girl panties and get it done. 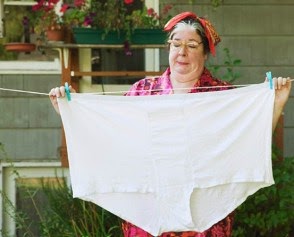 But this time my aim was to not give up in my head on the second rep. No. Matter. How. Much. It. Hurt.

And it was going to hurt.

So Tuesday came and we did our usual warm up. Followed by the usual explanation of what torture is ahead. Followed by another explanation for all the people that were still chatting through the first. And then we were off.

My aim was to run the first three kilometres at a strong pace but without going over the edge like I usually do. And to not get ahead of myself and anticipate the rest of the session. When I finished the rep I looked at my watch. And I was happy - fast-ish (for me) but not stupid fast.

Coach Chris must have been feeling particularly magnanimous because he gave us a whole kilometre for recovery. I won't say he's getting soft because he'd take it kind of badly and go out of his way to restore his reputation as mean, cruel and sadistic.

And this time for the first time in living history, (or at least in my living memory - which is probably only about a week or so at my age) I kept up a steady pace. I did not give up. I did not die. And I was encouraged enough to go a little faster on the last one kilometre rep.

So I now have one less session that I really despise. And I have a solid, working strategy for future speed sessions. Don't anticipate the pain - it's a given so you might as well embrace it. Don't go out too hard - that's a sure way to make the session a tragic farce. And turn off your brain - just run the rep that you're running and not the one that's coming after the next recovery or the one after that.

Are there any sessions that you dread?