I'm running a half marathon on Sunday.

It's not my A race for this year. It's just one to see how I'm tracking with my marathon training. Sure, I'd like to run strong and well but I'm not expecting anything spectacular. Just a solid hit-out.

But something happened yesterday that almost put paid to my participation. A near disaster caused by a tiny piece of purple plastic. 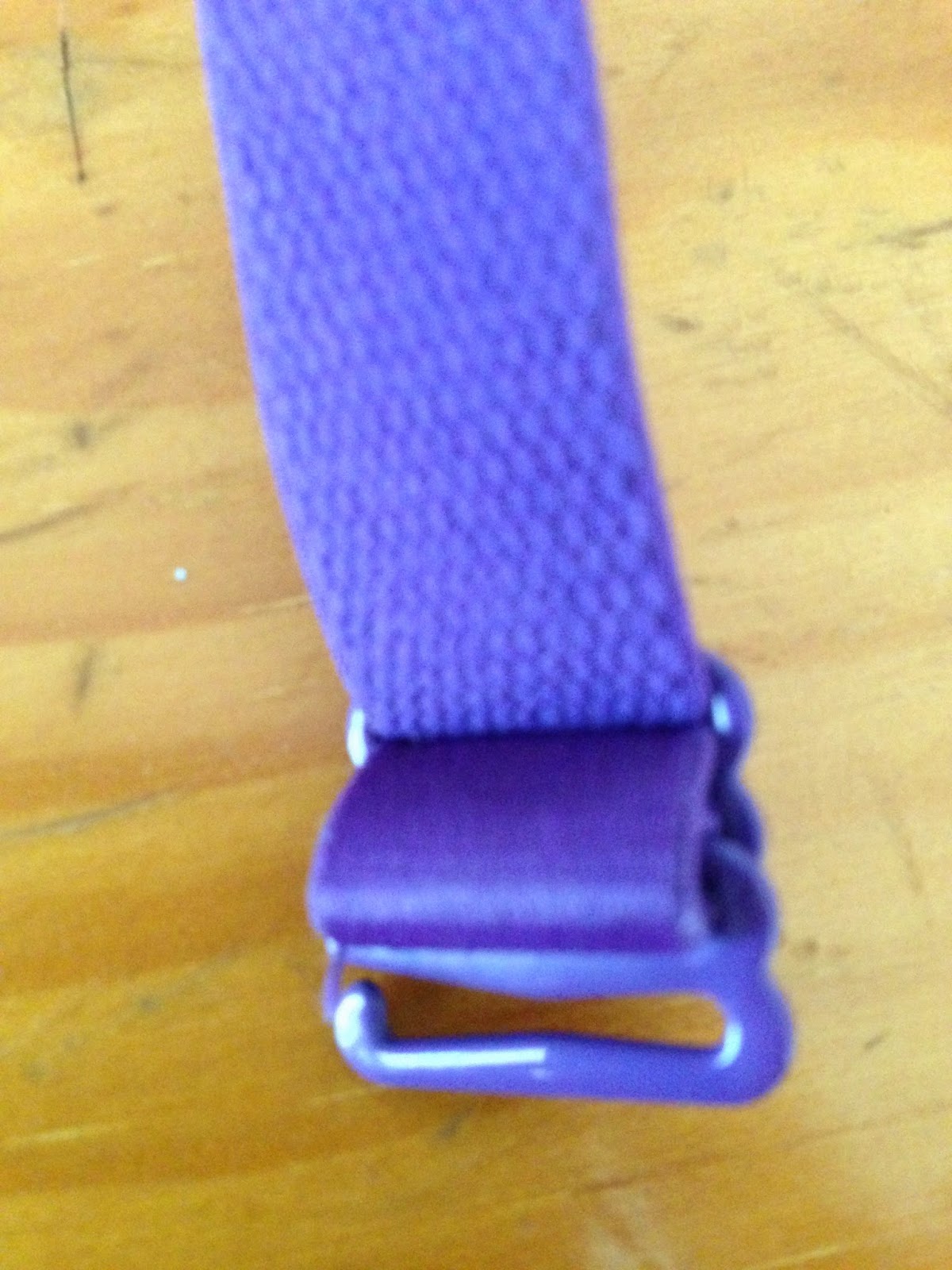 Most of you women out there will know what this is. The hook on the end of my running bra's strap. Usually not seen like this because it's hooked into the loop on the back strap. Yesterday, though it made its bid for freedom. Luckily it happened at home but it occurred to me afterwards that I was only 30 minutes out from having a wardrobe malfunction while pounding the pavements.

I'm sure you'd like to know how this would have prevented me from running on Sunday. And I've given it a lot of thought - because I spend a lot of time by myself and have hours to create all manner of doomsday scenarios. And I came up with two highly-probables.

The first I've extrapolated from my times trying to steer a canoe while paddling with a friend. If there's any imbalance in the boat it tends to go round and round and round in endless circles. If that strap had gone while I was out running I might still be in New Farm Park as we speak circling the same drink fountain. I don't do well going round and round in circles as my last ride in an amusement park would attest to.

Why wouldn't I just stop, you ask? I'm a runner - I don't stop until I get to where I was going. Relentless forward motion is my motto.

The second and the worst scenario would have, at the very least, put me in hospital and, at the worst, had me six feet under.

Those bra straps are placed at some considerable strain keeping everything rounded up and held in tight. If one of them went it could have flung up and hit me in the eye because, at that precise moment, I'd been looking over my shoulder to respond to the comment that one of my running companions had made about my age - not a flattering comment, I might add. Luckily I was wearing my big girl panties and could brush it aside with a comment on his lack of hair.

Anyway the plastic hook in my eye might have caused me to be temporarily sight impaired. Even more so than usual. Causing me to stumble. But because there'd been such a sudden and catastrophic change in my centre of gravity on one side and because I'm no longer as nimble as I once was I would not have been able to regain my footing. Head meets concrete. Intracranial bleed. Brain surgery and an uncertain outcome. Definitely no Sunday half marathon.

So I'm eternally grateful that the bra strap didn't go until I was about to head into the shower. And I thought it was a timely reminder for us all (or all of us who wear sports bars with convertible straps) to check that they're still firmly attached.
Posted by Char at 7:09 PM