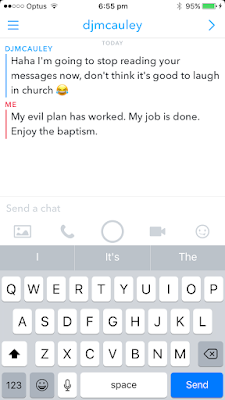 Oops. My bad! But really if you have the opportunity to make someone laugh at the wrong moment in the wrong place on the opposite side of the world where there can be no direct ramifications, who wouldn't?!!
Posted by Char at 5:54 PM 5 comments: