Voices In My Head

You're probably all sick of hearing about this marathon that I'm running on Sunday.

What marathon, you ask? Obviously a new reader. I haven't been talking about an awful lot else in the last month or so. Don't worry. I'll bring you up to speed. I'm running a marathon this Sunday. I made a decision at the beginning of the year that, at this very moment I'm thinking was a little rash. A did the training and in just a couple of days I'll be lining up about 100m back from the start line. Or further back depending on how many people have put themselves into the A category.

It's about now that the little voices in my head start to make themselves heard. You know the ones. That tell you that you're not good enough. That you're going to fail. Or make a fool of yourself. That you're not going to live up to expectations. Those voices of doubt and doom and fear. 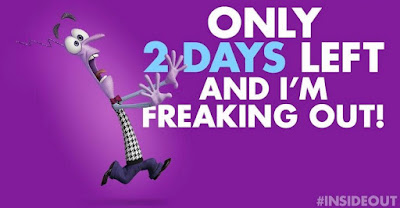 Mine remind me of my previous two marathons. And how awful they felt. How I didn't run anywhere near what I think I'm capable of. They might have both been a few years ago but I remember them both more clearly than my three labours.

My first was okay until the 37k mark when I felt like I was going to lose everything in my intestines from one end or the other or both so I ducked into the closest loo which happened to be in an Arts Centre and promptly got lost in a maze of mirrors while beautiful classical violin music was playing. I lost 8 minutes in there and missed out on my sub-4:00 by 6 minutes.

My second one was way, way worse. The week before my husband ended up in Emergency with a really bad back looking down the barrel of surgery. Mega-stress! Didn't eat well for days. Ended up going down to Melbourne but my head was all over the place and the only way I got to the starting line was with medication. And to top it all off, I ended up getting my period then a migraine aura where I couldn't even see where I was running for half an hour. Yeah, that was fun!

Those voices in my head can get incredibly loud and distracting at times but I've been learning how to deal with them. With logic. And my logic is this

- I have done all the training. No cheating. No short-cuts. Except for a couple of Thursday runs before and after half marathons when I was feeling really tired. But training is all about listening to your body and a day off when you're really tired can actually save your entire marathon block so I've forgiven myself those.

- All my long runs went really well. Even the one straight after my half marathon PB when one of my running buddies was pushing the pace and I wanted to slap him. (It's okay, I've forgiven you now Adrian and gotten my revenge)

- It's not in my character to give up. Ever! Even in that awful last marathon when I was wishing that I had my Myki card to catch the tram back from mid-way, I knew that I'd never do it.

- I'm running better than I have in years. The half marathon PB is proof of that.

- I chose to do this. For fun. Because I love to run.No one's making me do it so there's absolutely no need to put any pressure on myself.

For both my other marathons I was so nervous in the week leading up and I'm pretty sure that affected my races - especially when being nervous = not eating in my world. This time I'm not. I had a moment on Monday but got it all back under control and now I'm actually a little bit excited. About carb-loading. And having a couple of days away with Iven (yes, I've allowed him to come away with me again because he did a spectacular job of looking after me last time.)

I'm not going to say that I'm definitely going to run a PB because anything can happen in a marathon. But I will say that I've given myself every chance. 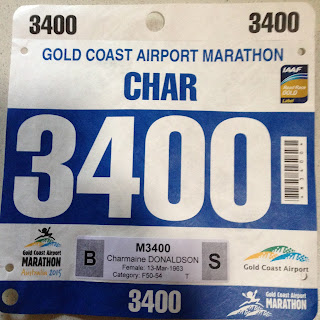