I pressed publish and my website is now live.

Actually I pressed publish on Saturday and told just a few people so they could look at it and give me feed back. Invaluable feedback cause there were a couple of boo-boos. Like I'd forgotten to do anything on the mobile version of the site so it was pretty much unusable. Thank goodness it didn't take as long as the website to fix.

There does seem to be some slight issues on some people's devices. Like the side bits of the pages aren't there. Not sure why but, hey, I'm not sure how I did it all in the first place or how people on the other side of the world will be able to look at something I made on my computer at home so my lack of surety is really not a surprise is it?!

I'm sure there will be problems that I'll have to get sorted before it's all running smoothly. Other problems than me forgetting to fix the mobile site. But I'm getting way better at telling people in India that I'm a virtual imbecile. It's so much easier to swallow your pride when you know that Titus is never going to recognise you walking along the street so the chance of him pointing and laughing at you are almost negligible. And I say 'almost' because I watched one episode of CSI: Cyber.


Now all I have to do is let the world know that I'm ready for business. Kind of. I think.

And in other news - Iven ran his second Parkrun on Saturday. Yay Iven! He did kind-of have to since we spent some money on running gear for him so he looked more like a real runner rather and less like a confused tourist who thought people were running away from a fire or a crazed gunman. 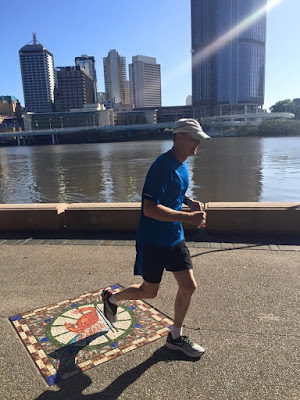 I'm not sure he really loved every single minute of it but he did smash his PB by about 4 minutes. Go Ive! And he wants to go back for more. But maybe try a different parkrun that doesn't have bridges to run over.

He wasn't the only member of my family to attend. Sam and fiancée Hannah also gave it a crack. And Hannah talked her sister Milly into running as well. Josh was going to run too - until someone kicked his foot at indoor soccer and made his toe swell. Maybe next time. 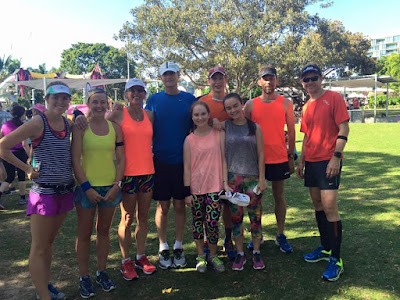 Both girls looked pretty awesome in their Run Amok tights. Not that I'm biased in any way, shape or form. 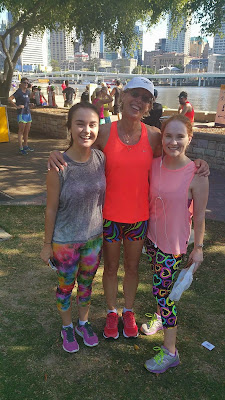 My second parkrun was not as great as my first but I had run a solid 12k the day before and done most of my long run just prior to the start. Not at all unhappy with my time and I still won my age group. But I'm with Iven on the hating the bridges thing. If only we could run on water.
Posted by Char at 1:30 PM