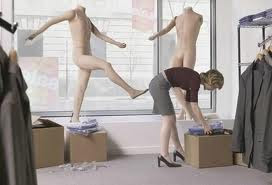 I am going to get the International Running Flag of Friendship soon. It's coming from South Africa from Staci. And because of it's imminent arrival I've been doing a bit of thinking.

The International Flag of Friendship was Johann's stroke of genius. The idea is to get a small flag of your country, be photographed with it and take it for a run. Then the flag gets sewn onto a bigger piece of fabric which will get sent around the world from blogger to blogger. Eventually the fabric will be covered with lots of little flags from lots of different nations symbolizing our unity as runners worldwide.

I've decided that I want to do a race with my flag rather than a run and as it turns out there's a little race in just a couple of weeks only 5 minutes drive from my door. So I'll be doing the 5k at the Rotary Fun Run on the 22nd of this month. There is a 10k option but it's a double loop and I'm not keen on running the same way twice - it always does my head in.

But a 5k means having to run FAST

today's run was a little different from my normal Wednesday run.

For the last year the whole aim of my mid week run was to keep my heart rate low. But I've been feeling so much better (discounting the cold/cough I had last week). And I've gotten to a comfortable place where I don't like to push myself. I've gotten complacent and lazy and I've always got a good EXCUSE why I shouldn't push myself.

I know I'm never going to get any of my speed back by just plodding along for most of my runs. I need to add in some sustained efforts and that's what I did today. I ran 4k at a comfortably hard pace before picking it up for a k, back to the previous pace for a k, hard for a k etc. I only did 3 k's at the faster pace but I got under 5 mins/k for each of them and the last was my fastest. I'll keep doing this and gradually stretch out the faster sections until my body gets used to the feel of pushing itself again and my mind stops resisting.