For me, one of the great things about running is the time that it gives me to think. To ponder on the deep issues. To work on the solutions to humanity's biggest problems. And to contemplate answers to existential questions.

I have solved major household crises. Like where exactly did Iven lose his wallet? (Answer - under the driver's seat of his car.) How do I get the boys to keep their rooms tidy? (Answer - I can't but the rooms have doors so at least I don't have to look at the mess.) And what will we have for dinner tonight? (Answer - chicken stir-fry with rice because that's my favourite and if I have to cook it then it might as well be something I like.)

Yesterday's run, however, threw up a question that no amount of running will ever answer.

It was speed session and generally speed session is not the time to think. It is solely about survival. It's about running as fast as you can for as long as you're told to then having a very little rest and doing it all again. For about forty-five minutes. Or until you vomit, pull a muscle or pass out. Death will also get you out of finishing the session.

Speed session also tends to be quite a social session. After all, misery loves company and hardship breeds mate-ship. It's a little bit of a band of brothers experience without the war and shooting part.

And being a social session where the aim is just to survive so you can have a nice cafe breakfast afterwards, I rarely delve into existential issues. But yesterday that question arose that I just couldn't ignore.

We were running ten minute reps. Five minutes out, five minutes back - with the aim of finishing at the spot you started at. Coach Chris sent us on our way and Coach Barry was positioned about a kilometre up the track to blow his whistle when five minutes was up. I was trying to pace myself - to not go out too hard so I could finish the whole session (of four reps) at about the same pace as I started - and I was trying not to think about anything other than the rep I was in (so I didn't psyche myself out too early). I got to about nine hundred metres and could see Coach Barry up ahead. With his car. And a cone to mark the 1k distance. And a toilet.

It wasn't a whole toilet. Just the bowl. No cistern. And it was just sitting on the side of the path. 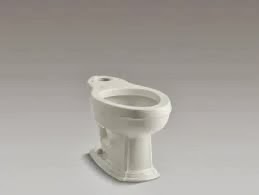 I'm sure that there wasn't a runner in the group that didn't have the same word flash through their head.

It was a good distraction - got my mind off the pain of the running and having to listen to Flo Rider singing about bubble yum bums in my head. But the lack of oxygen that always happens in speed sessions stopped me from coming up with any answers.

But today I had an epiphany.

The toilet was sent by God.

I can't tell you exactly how many times I have prayed for a toilet while I've been out running. It would probably number in the triple digits by now. They have been heart-felt prayers of desperation. Sometimes accompanied by offers of my first-born son. Or second. Or third. Or all three - depending on my level of desperation and the distance to the closest known toilet.

I had assumed that my pleas were of such a selfish nature that God had chosen to ignore them. But not so. He was just choosing his moment.

It was either that or it had been dumped there by unscrupulous tradies who didn't want to pay to dump it properly. But I'm sure that's a much less-likely answer.
Posted by Char at 6:02 PM