Disco Lights, Spiders Webs and How To Get To Sesame Street.

Yesterday was our last time running trails for the next few months. We're in the middle of autumn (even though the temperatures still feel like it's summer) and it's quite dark when we meet at the beginning of the session.

It was dark enough yesterday for Coach Chris to encourage us to wear lights so we'll be more visible to cars, bikes and each other. Being the coach, he has special lights - not just the one you can get from Kmart for the back of your bike. No, his light has a bank of separate lights and different flashing modes. And being that it was the last trail run for the season, he'd put it on disco mode.

It was a little disconcerting for those running directly behind him. We're used to the steady on-off-on-off style of flashing. We're all hard-core trail runners (stop laughing Chris). We don't need fancy. We disdain fancy. We openly mock fancy - which I pretty much did when I said it looked like there was a party going on in his pants. I'm sure no one would have taken that the wrong way.

Our intrepid and fearless leader was out in front forging a path through the thick forest. Okay, that might be an exaggeration but there was a couple of trees. And where there's a couple of trees there's usually a couple of spiders. A couple of industrious spiders who've been hard at work all night creating a lovely home for themselves - that Coach Chris promptly and carelessly destroyed.

It was at that moment that the disco lights became relevant.

Okay, that might be a little mean. Coach Chris looks nothing like the man in that GIF. A man who runs up to 200k a week will never be as heavy as that. So I found a more relevant one.

And that made this picture that he sent last night funnier than it should have been. 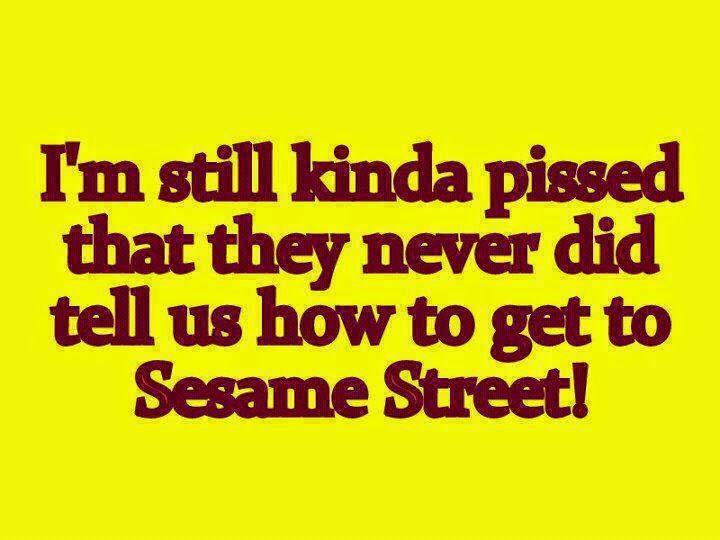 I mentioned before that our Coach is a fearless and intrepid leader but I forgot to also mention that he is also tenacious. He decided that he'd find his way to Sesame Street by hook or by crook. And he did it by the only means that a man of the modern generation has at his disposal. He asked a woman. And the woman he asked had all the answers and told him where to go. 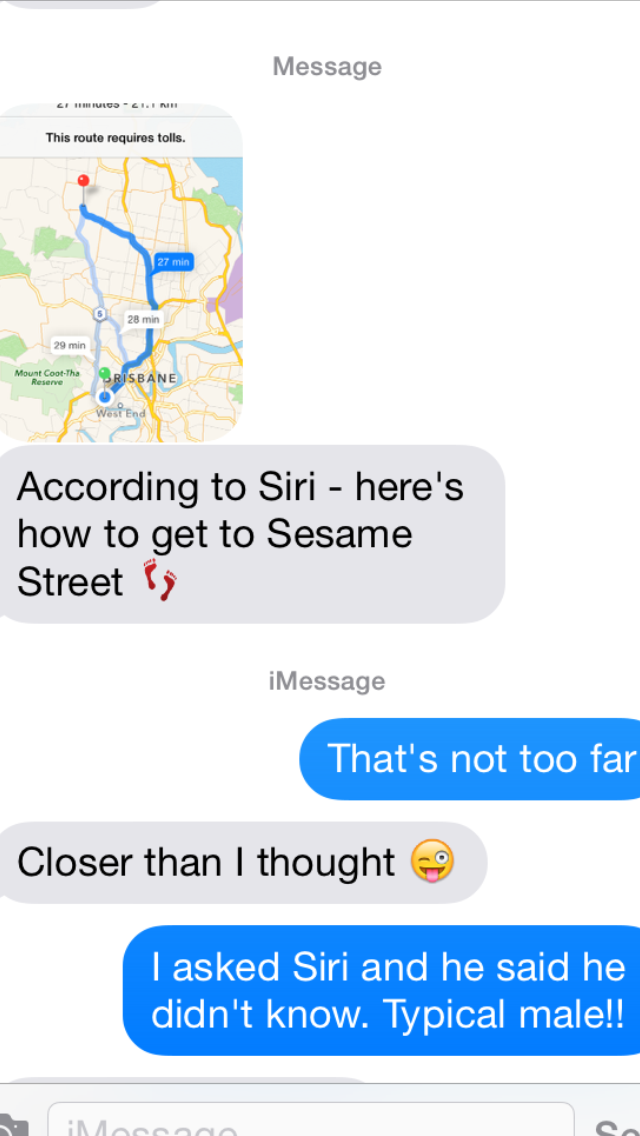 I have Siri set to the male voice and when I asked him he had absolutely no idea where we were in the first place.

Looks like I'll have to change my Siri setting.