How A Dalmatian Earns His Spots

I've worked out why Dalmatians have black spots. They earn them one naughty deed at a time. Their spots are just a reflection of their dark little soul.

Ricky has earned a fair few new spots this week.

He's chewed up a place mat. He's chewed up a stick on the just-vacuumed carpet (which, incidentally, I'd had to vacuum myself as the cleaning lady had called in sick - double spots for that sin). He chewed up one of Serena's sandals. He dragged his butt over Josh and Serena's bed but had an unfortunate remnant of a bowel motion still stuck to his butt (their doona cover had also been just washed so double spots for that sin too.) He stole Iven's afternoon tea from the table and hid behind the couch when he was discovered. Then he stole Iven's glasses so he couldn't see to do the crossword. He took scrap paper out of my work bin and tore it up all over the lawn. He pulled out chocolate wrappers from my work bin while I had clients over so they all knew my secret shame. He scratched my great-niece's cheek in a fit of excited puppiness.

And then last night I heard Serena's 'you've done it again Ricky' noise. So I went into their bedroom to check and found this,

Yeah, my cute little grandpuppy is a dumpster diver.

He'd stuck his head into their bin and gotten it, well, stuck. Looking for food as usual. And yes, their was food in the bin - dried noodles confiscated from him after a previous break and enter. Yes, that's the lid of the bin around his neck. 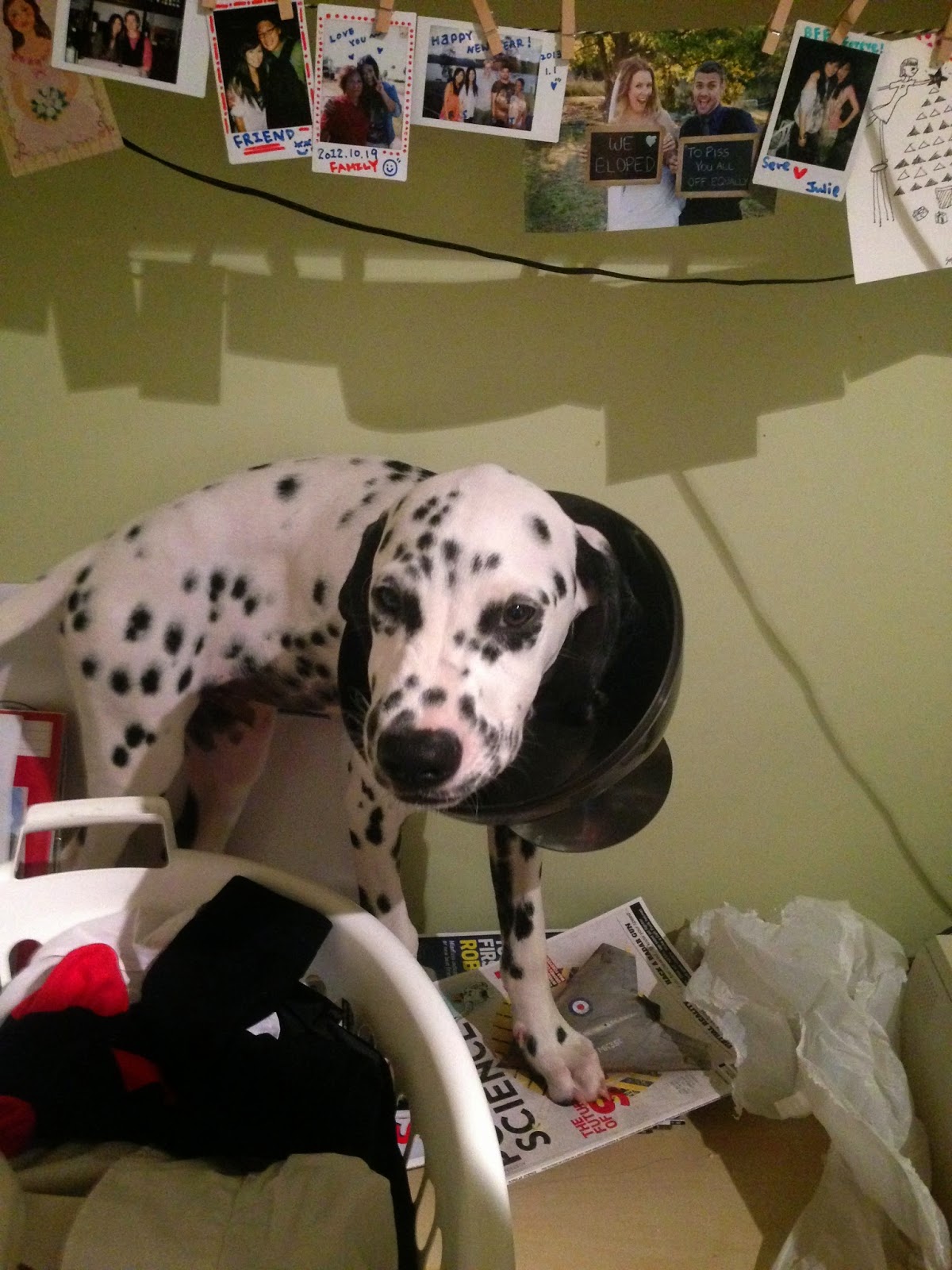 Sure he might look like he's ashamed of what he's done but the shame never stays with him long enough to stop him from doing it again. 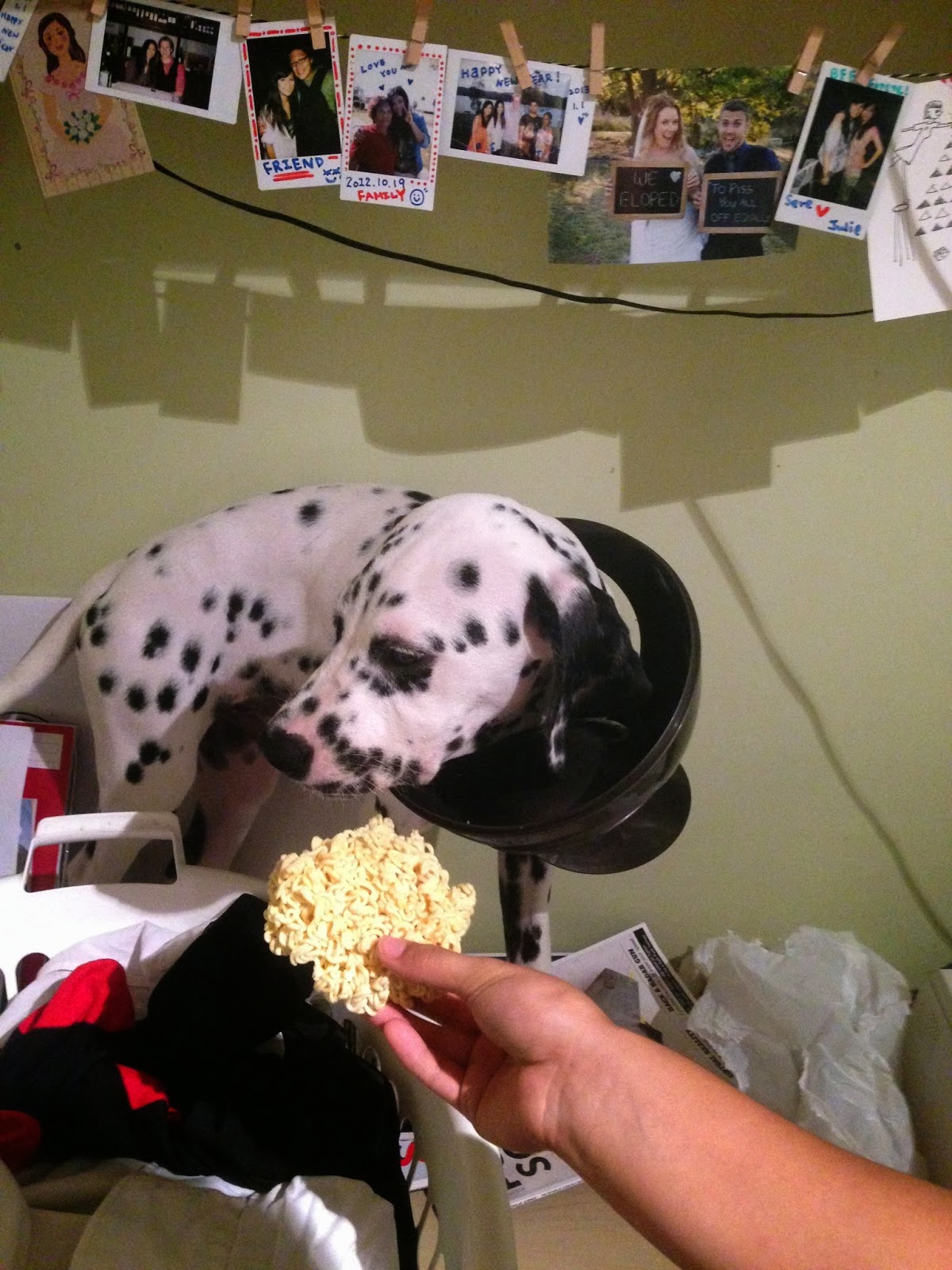 Still love him though. For the moment.
Posted by Char at 2:11 PM