What A Difference A Week Makes

How much difference can a week make? A lot when it comes to running, it seems.

A week ago I ran 20k and it was awful. I felt sick and exhausted for the entire day afterwards. I did back up and ran my 12k Sunday run but I couldn't face running hills like I've been doing on Sundays. I just kept it as flat as possible and as easy as possible. And I napped for most of the rest of the day.

This week the Saturday run felt easy. 5:20 pace felt comfortable. Getting caught up in Park Run was an irresistible, fun challenge. I didn't leave a sweat puddle on a floor at the Regatta. And recovery was easy. So when Sunday rolled around it wasn't so hard to talk myself into running Mt Coottha.

A couple of weeks ago I got it into my head that I could run from home up and around my biggest nemesis. And we all know what happens when I get a thought into my head. I just am not satisfied until I've done what I planned. I ran it past Coach Chris and he gave me his blessing. It was a tough run but I got it done and decided that I really didn't need to do it again now that I'd scratched that itch. 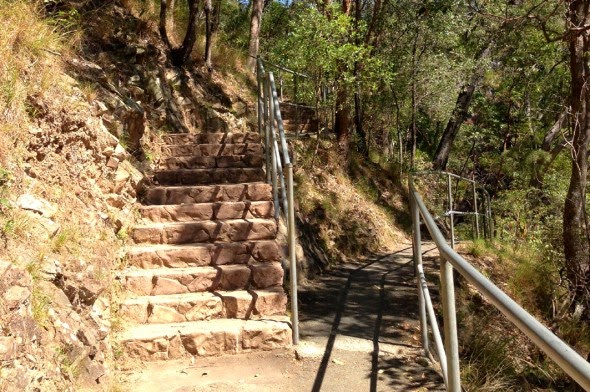 And it kind of was - because of the more pleasant conditions. I just didn't account for the fact that I had to run over a kilometre more. And that there was stairs. We all know that you have to lift your knees up a little higher on stairs so you don't face-plant. Plus every cyclist in Brisbane seemed to have chosen the same time to be doing their hill training as me and it was sometimes a little challenging to avoid being hit. (Note to cyclists: please look a metre or so up the hill not on the road directly below you so you can avoid obstacles like branches, rocks, wildlife and runners).

I'll admit to being a little wrecked when I got home but the difference to last week is how quickly I've bounced back. Today there is no stiffness. No leg fatigue. I feel like I could run if I had to - like if I was being chased by a bull or a machete-wielding psychopathic killer. Well, you never know - it could happen.

Every November I dread the onset of summer and the misery that I know is ahead. And every March I pat myself on the back for surviving another one and not throwing in my running towel. I might be celebrating a bit early but I'm a wee bit excited over the improvements I can see with just a small change in the weather. Once autumn and winter hit in earnest I'm expecting my summer consistency to really pay off.

A week can also make a lot of difference when it comes to puppies and toilet training. I'm happy to announce that I didn't clean up a single wee or poo in the last week. That doesn't mean that he hasn't done any. It might mean that he's better at hiding them and that our house may stink like a urinal after a grand final celebration in a very short time. But the optimist in me is hoping that he really has grown a good sized bladder and made the connection between peeing on the carpet and being a pariah.

He still has a lot to learn about what are toys and what are important human belongings and what is doggy food and what is human food. His latest disgrace was the theft of a five-pack of extra hot noodles. The red staining around his mouth was the tip-off that he'd done something that he shouldn't. 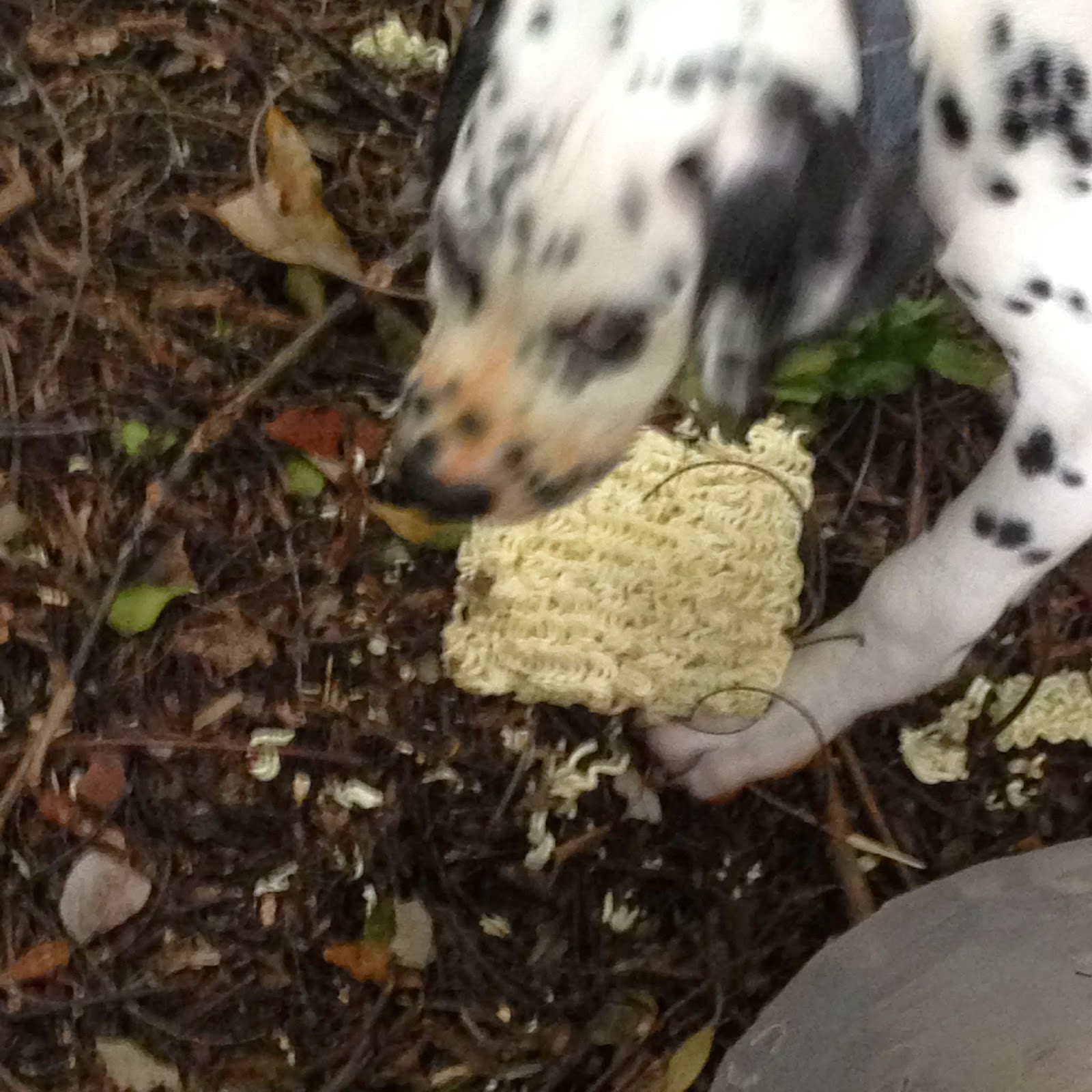 I'm pretty sure that he only sampled one of the packets of special spicy sauce or there would have been some whimpering when he went to relieve himself this morning. And I'm also pretty sure that the red will wear away. Eventually. 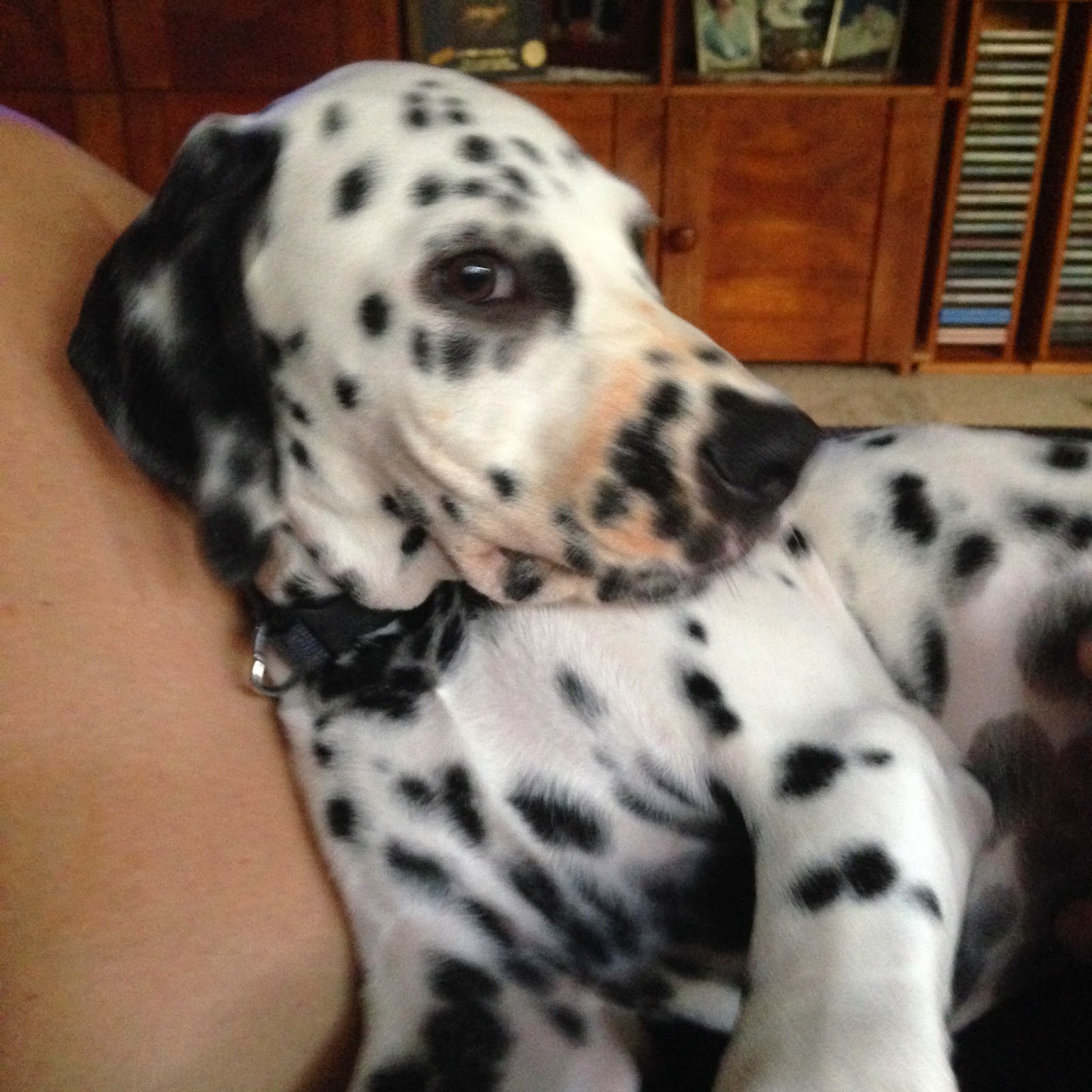