A Different Sort Of Training

One of my sons and his girlfriend turned up last night for dinner. I hadn't seen them for about a week and it struck me as Becky walked through the door that something was different.

Being almost a senior (but not quite ready to claim that title yet), I did what I'm assuming lots of other not-quite-seniors do. I went through a list in my head of possibilities. When I finally worked out that her hair looked a bit different (in a good way) I had a little argument in my head.

"I think she's done something with her hair. The colours the same, I think. It's shorter. At least I think it's shorter. Was it this short last week? It might have been. Oh no, has it been shorter for a long time and I just haven't noticed? What sort of almost-mother-in-law am I that I don't notice that she's had a hair cut?!! "

It was about this point that Becky asked if we hadn't noticed that she'd had her hair cut. And I said I had but I don't think I sounded too convincing. And that's because I hadn't convinced myself that I knew what I thought I knew.

I'm always second-guessing myself these days. I just don't trust my spaghetti-strainer of a brain to be accurate like I think it used to be. Or maybe even that is just a figment of my imagination. Someone can ask me if I've heard about ... (fill in the blanks) and I'll say no because my mind is just that - full of blanks and halfway through the story I realise I've heard it all before.

I suppose it doesn't mean my brain's totally gone if there are some dim memories.

I've ramped up my efforts to try to sustain what I still have left. I know exercise is good for the brain and I've definitely got that covered. I've been doing crosswords and sudoku for a while but I've read (and remembered - will wonders never cease) that it's learning new things that is the key. So the new thing I've added is brain training. Specifically Lumosity via an app on my phone.

I've been doing my daily training sessions for a couple of weeks now and I think it's working. Today I remembered my entire shopping list of four things, plus a couple of extras that spontaneously came to mind, without having to consult my shopping list.

The reason that I didn't consult my shopping list? Well I'd left it at home. Forgot it!

And for those of you who are wondering how Becky's birthday cake went. 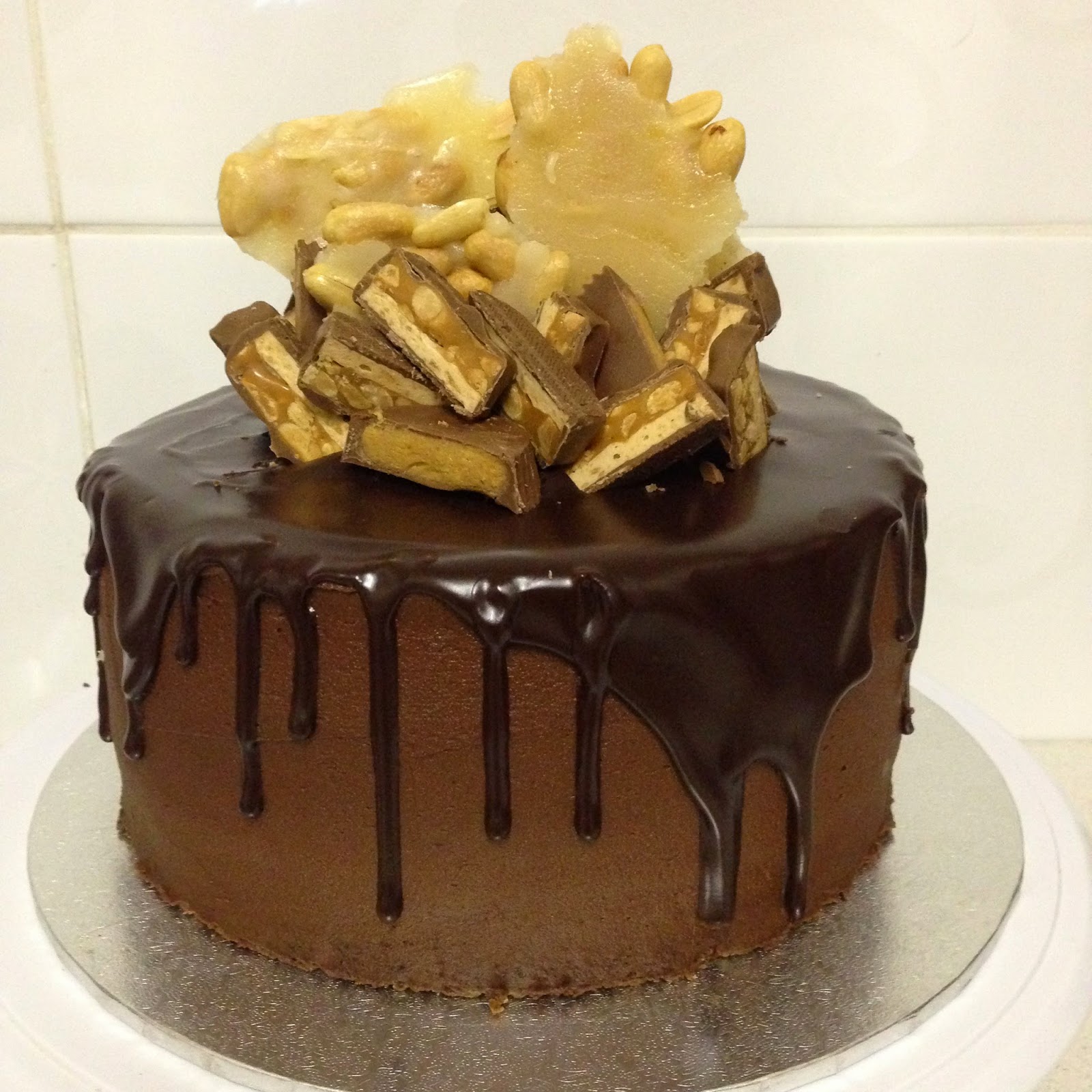 Finally I'm happy with my drips! The peanut brittle wasn't great - too granular and not brittle enough. But the peanut butter mousse (made with peanut butter, cream cheese, vanilla and double cream) was really, really good! Pity I forgot that I'm lactose intolerant while I was making and taste-testing it.

Maybe I need to be doing twice daily brain training.
Posted by Char at 6:17 PM