I've done it! All those really long training runs before Melbourne are finally over and finished. That's all the hard work done - it's time to taper.

This morning was a relatively short (I can't believe I'm using that adjective) 30k run. I must admit I found the going a bit tough from 25k on but when I looked at my Garmin data later I realised that some of the k's had been pretty slick. In fact one of them was only 4:44. What the? Note to self - don't run with speedy Deb for too long. She is way faster than you'll ever be and will only put you in a world of pain.

So I finished my run in 2:41:44 which made it my fastest paced long run since I've been marathon training. I think I'm ready. Or as ready as I'll ever be.

Our squad has a big contingent going down to Melbourne. There are 30 runners tackling everything from the 10k to the half and the full. The event has now sold out so I think the race-day buzz will be huge. My Mum and Dad and half-brother are coming down to cheer me on, as is Iven. I'll have my own little cheer-squad!

It's hard to believe that just a week ago I was in Sydney anticipating the half. I've been a bit slack with putting up pics from the weekend. I didn't get any race ones but I did get some great ones at the zoo. So I'll leave you with my favourite. 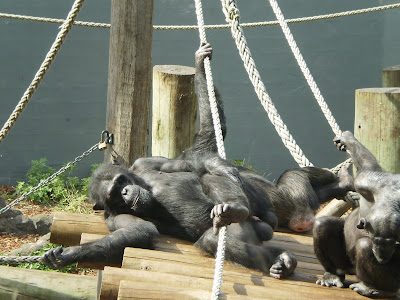 Actually, that wasn't the one I meant. It was this one ... 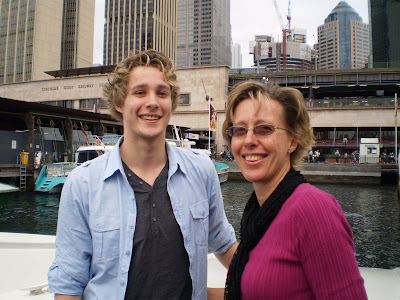