The Week After the Marathon 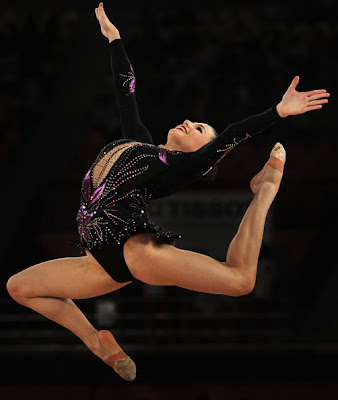 This week has been strange. It's so weird to go from running 70k weeks to not running at all. But I've got to admit that it hasn't been too hard lying in bed till 6:30 every morning.

I've had a lot of time to reflect over the whole marathon thing this week and what I've realised is that I have the most amazing and supportive people in my life. From my husband who came along for a weekend in Melbourne but just had to do what I wanted (because it was all about me). To my boys who never questioned what I was doing and all sent messages that said how proud they were of me. To my running friends who got nervous for me and sent texts of support both before and after the run. To my non-running friends who sent weather updates and gave me a painful post-race massage. And then there were all my bloggy friends. How amazing is it to get messages from all over the world?!! I would never have believed that reaching a personal goal could become such a community event.

I've also had time to reflect on where I was a year ago. I was at a point where I could hardly run more than a kilometer without becoming exhausted. My heart rate was through the roof and some days I just had to lie down on my workroom floor and rest to get through the day. Now I can run for hours and, yes, my heart rate is pretty up there but I think that's only to be expected.

What really brought all this to the fore was a conversation I had with one of the assistants at my supermarket. She asked about my running and I told her about Melbourne then she went on to say how much improvement she'd noticed in me through the year. She could see it in my face and my general demeanor how much I'd been struggling at the beginning of the year but now I was full of life and happy. Wow - I didn't realise how easy I was to read.

So where to next? I'm taking it easy for the rest of this 4-week cycle then I'll be building up to do the Kurrawa to Duranbah run in early December. It's a 25k run along the coast line and, even though it's pretty hot, the views are just amazing. Then (and I'm saying this in my tiniest voice so no one really hears yet) maybe I'll think about doing the marathon in Canberra.

And finally - joy of joys - I have my washer working again!! I've got to be one of the happiest women in Australia today.

PS - the picture is of one of the leotards that I made for the Commonwealth Games. Dani and her team mates won gold in the team event.
Posted by Char at 5:37 PM