One of the many, many reasons that I love running with a group is the opportunity to meet new people. To learn a bit about what makes them tick and to enjoy their company.

This was especially important during marathon training. Those long 37k runs were only made bearable because of the company, the banter and the laughs. I spent quite a lot of time in the company of a few men - something I'm fairly familiar with, having a household full of them. And it was from them that I first heard about 'The Code.'

Apparently there's an unwritten code within running groups (or at least within ours) that all the males must abide by.

As well as being unwritten, it's also not often spoken about so how all the males in the group are supposed to know about it, let alone abide by it, is beyond me. But somehow, by a series of gestures, eyebrow raises, elbow nudges, throat-clearing and telepathic messages scent via testosterone fumes, The Code gets spread.

I think that the only reason that I am aware of The Code is because of my artificially elevated testosterone level which made me 'one of the boys'. Big mistake there boys! Despite the circulating male hormones, I'm still a blabber-mouth girl at heart.

It's an 'honour among thieves' sort of code which allows all the women to run safe in the knowledge that they probably won't get hit upon. Or leered at uncomfortably. And it also frees us from unnecessary concern about our appearance because, no matter how well we present at 5:30am, it will go unnoticed ... or largely unnoticed. Hey, there may be a code but they still have eyes!

There have been some of the group who have disregarded The Code - out of ignorance or not. And some of these no longer run with the group (and some are living 'happily ever after' and still running with the group - so breaking The Code doesn't actually mean that you get ostracised).

But the thing about The Code is that it ONLY applies to women within the group. Any other woman is still fair game. As a woman running among men I've enjoyed observing, from an anthropological and biological aspect, the behaviour of male runners in the wild when they come upon an attractive member of the opposite sex.

We'll be running along, maybe at the end of a 20k run and come upon a gorgeous leggy blonde in short shorts and a crop top (as we did last Saturday). As I was running slightly behind I had the perfect vantage spot to watch the interaction. There was a definite change in posture as they drew closer. All of a sudden they were running taller, with their chests out and their pace had picked up. I could hear David Attenborough talking in my head about the male of the species competing for female attention by showy displays of strength. It was one of those spectacles of the wild that was a privilege to behold. 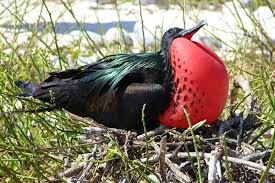 Interestingly though, The Code doesn't apply to the females in the group. We have free reign to perve on anyone who we deem as perve-worthy. I'm not sure who made up these one-sided rules but I've always been a stickler for rules so I'm happy to abide by them. But one thing's for sure, I'd never be caught eyeing off attractive male runners without shirts running through Southbank Parklands. Honestly, I hardly noticed him.
Posted by Char at 2:28 PM