I've been called a lot worse. My eldest son once called me a 'Wonderful Parent.' See I kept the note as a memento. 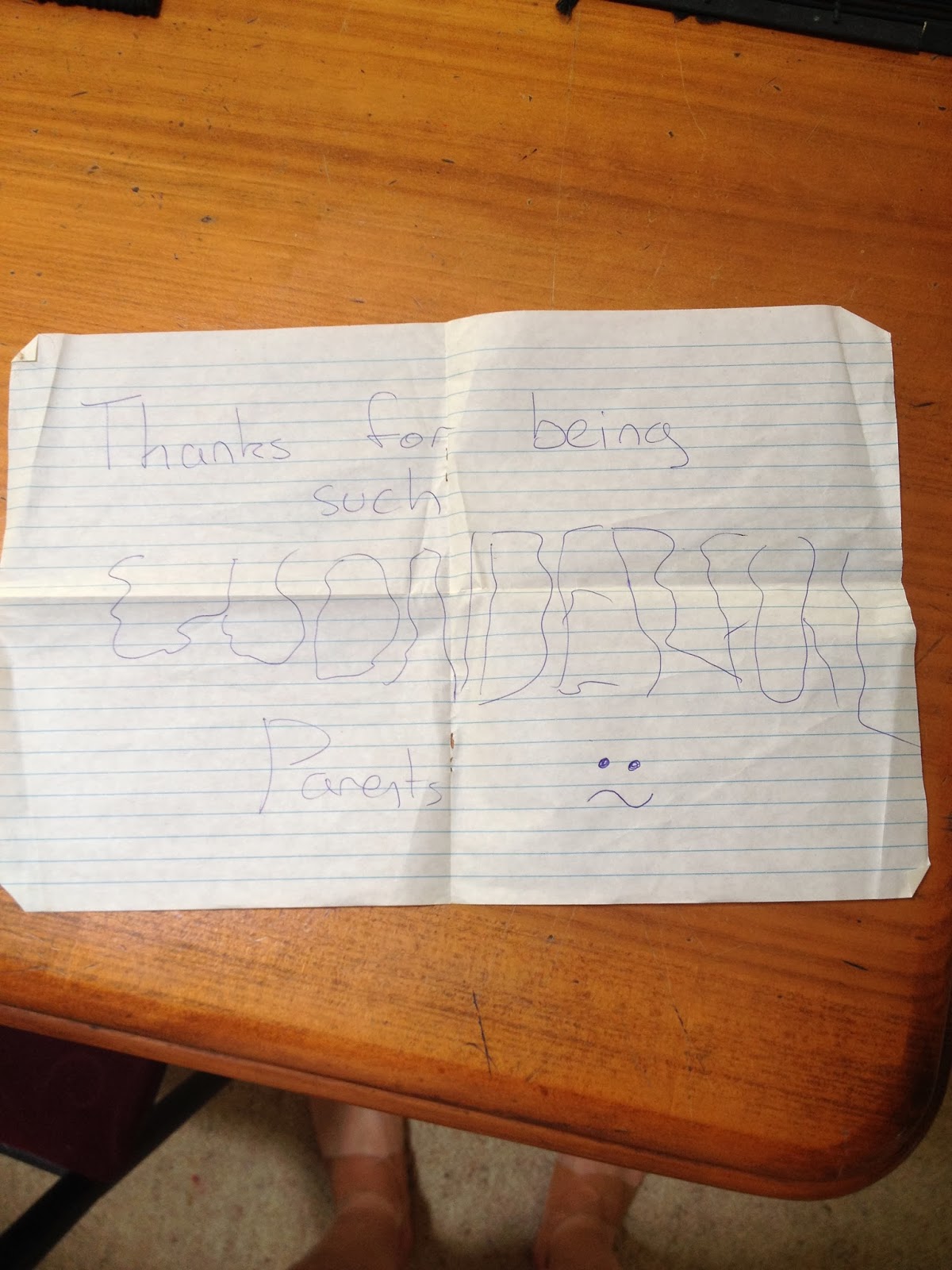 I know it doesn't seem like that should be a worse insult than gullible but if you look closely at the word 'wonderful' you'll note that it's been written in a whole different way to the rest of the note. If it was a computer font it would be called Sarcastica because that's exactly how it was intended. And the reason that Iven and I were abused in such a manner was because we hadn't let Sam go to a performance of his favourite comedy group in the middle of a school week while he was recovering from Glandular Fever. (And on a side note - Sam is such a sweetie that he couldn't bring himself to say anything worse even when he was furious with us.)

Saturday I was totally conned. By these two. 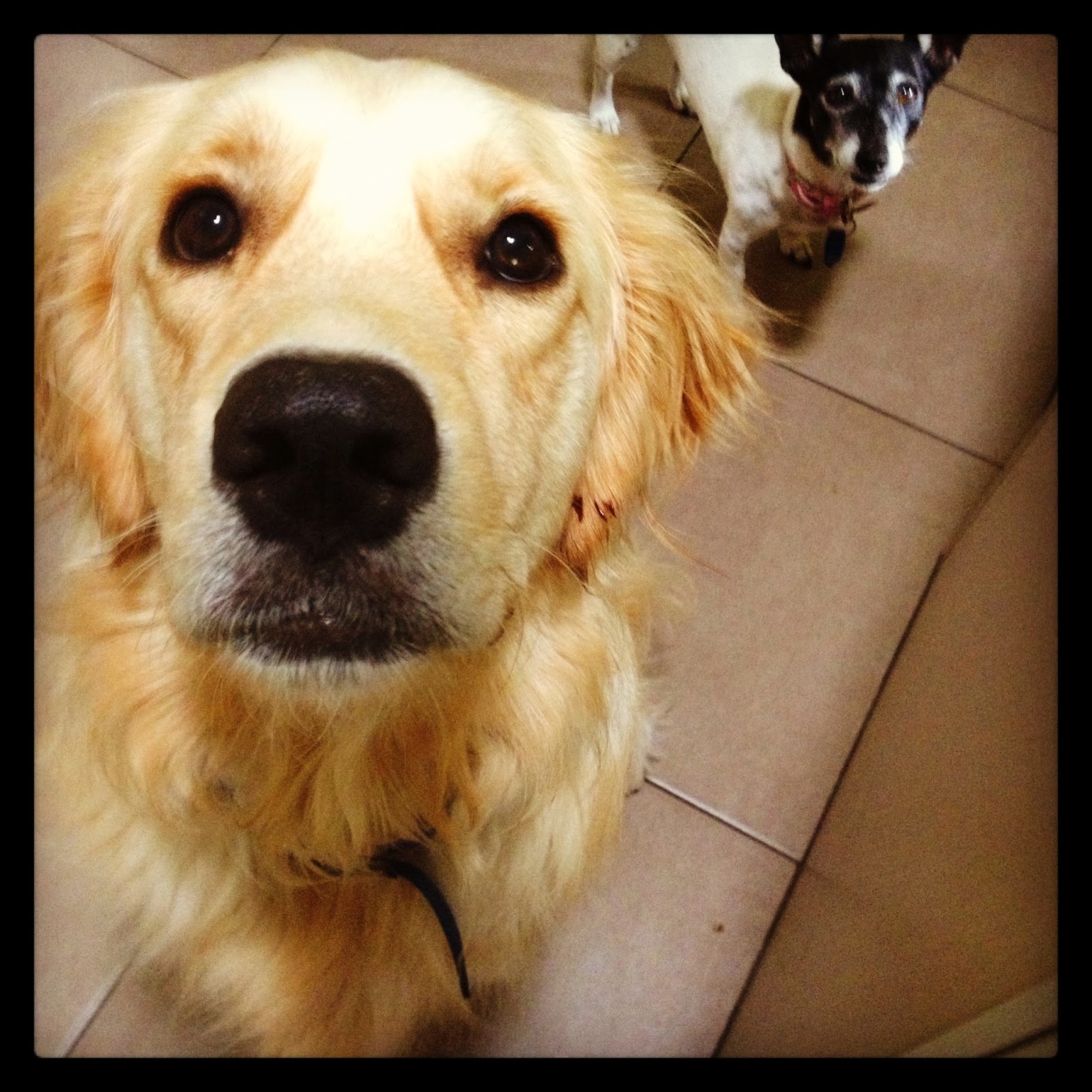 I'd had a big day on Saturday. Started with a 3:15am alarm so I could be out running by 4:00am. Ran a long, slow half marathon. Back home (after a coffee with the squad) to head out for breakfast. Then some grocery shopping. Iced cakes for a first birthday party. And that was before midday.

Yeah, I was justifiably (IMHO) tired so I had a nap. But once I'd woken up these guys were keeping a close watch on me  and I was pretty sure I knew the reason why. They wanted a walk.

I've taken over a lot of the dog-walking duties since Iven hurt his back in October. He has just started taking them out again recently but it's not every day. And on Saturday afternoon he'd decided to wash cars (mine included - yay, I've got a clean car!) so I was pretty sure that if I didn't walk them, they weren't going to get walked. I laced up my shoes for the second time that day. And told them that I was tired from my run so they had to behave themselves - no tugging, no tangling, no lunging and no chasing birds.

They seemed to agree with my conditions. They were well-behaved as I put the leads on them (Usually just the sight of the leads is enough to whip them into a state of hysteria). They sat at the top of the steps so I could open the gate calmly, without having to fight them over who gets to go down first. Then they actually walked sedately down - it was nice not to have to fear being pulled head-first down onto the concrete path below. I, naively, thought that their good behaviour was due to my superior dog-handling skills and my pre-walk pep talk.

As we walked past Iven he commented on how lucky they were to get two walks in one day.

Two walks?!!! No one had told me about the first. When I'd mentioned the walk to them casually after my nap neither of them had blinked. They'd pricked up their ears and tilted their heads and acted like they hadn't had a walk in months. Their good behaviour as we were leaving the house was only because they were a little bit tired from their first walk. I'd run a half marathon and was planning on running the next morning - didn't really need that extra fifty minutes on my feet.

Next time I'll check with Iven before I even think of walking them. They can fool me once but I'm a quick learner.

And while I'm on the subject of gullibility - I bought myself another pair of cute running shorts. I like these even better than the first pair that I got because there's no maroon in them. But I stuck with the checks because I knew that Iven wouldn't notice that they were a different pair. He's not into fine details like that. I wore them Saturday and, as I predicted, he didn't even bat an eyelid. And this means that as long as Lululemon keep making checked shorts, I'll be able to keep buying new ones without having to justify myself.

And no, he never reads my blog. 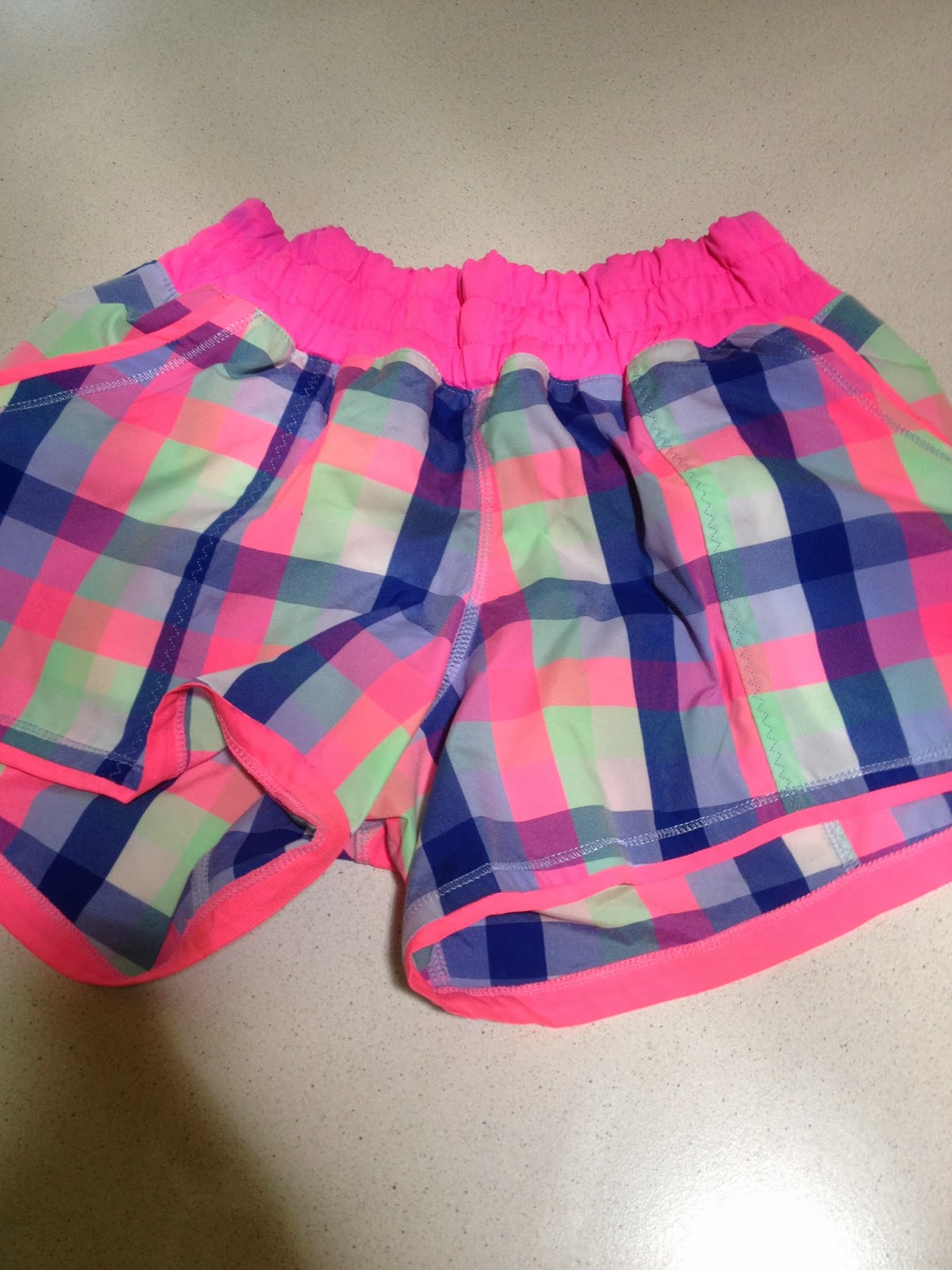