Why Run With A Group? 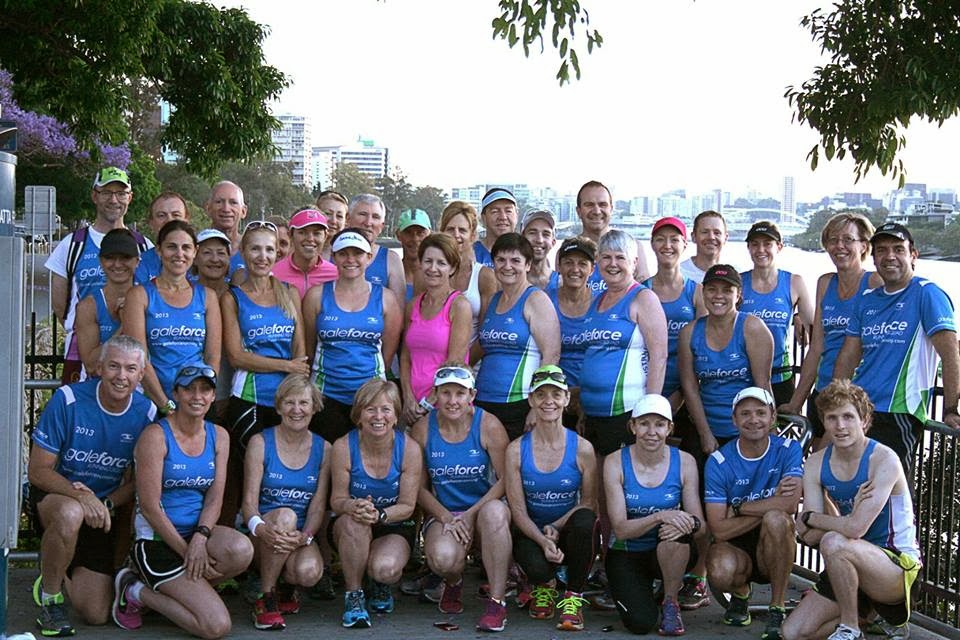 I love my running group.

Running with a group pushes you way out of your comfort zone. It makes you challenge yourself to do things that you'd never dreamt that you'd do. Like running down vertical gravelly slopes. Like driving for an hour at the crack of dawn on a Sunday morning just so you can run on the sand at the beach. And like getting up before 4:00am just so you can get enough kilometers in before it gets too hot.

It makes you push yourself harder in a session. And this is never so evident as at speed sessions on Tuesday morning.

The last speed session was a particularly challenging one for me. It wasn't the distances of the reps or the length of the session. It was the little in-squad rivalry between Bevan, one of the squad members, and me. Let's just say that both of us are competitive beasts and we're fairly similar in speed so we often end up running close together in the session.

Coach Chris had a challenging set for us. We started off with two ten minute reps - run out for five minutes, turn around at the whistle then run back to the start by the end of the next five minutes, then repeat after a 3 minute recovery and try to make it to the same spot. And then it was 400m reps till the end of the session.

Bevan had been to the squad camp over the weekend and declared that he was too tired to really push the reps when I suggested that I'd be eating his dust.

When we were sent on our way, he shot quickly to the lead and stayed there. I closed in on him a couple of times but he kept checking on me and any time I'd get closer he'd put on the afterburners. We walked together for the 100m recovery and then we'd repeat it almost identically - except this time a little bit faster because I really did want to catch him and he really didn't want to be caught.

I was starting to think that maybe I'd get him by the end of the next rep. But his competitive drive kept him just that little bit ahead of me again. And had him dry-retching again. You've got to admire a man who can keep pushing that hard and can still keep the contents of his stomach IN his stomach. And be able to joke about where he'd be aiming his vomitus. At least I hope he was joking because I wasn't joking about the new shoes and socks he'd owe me if his aim was good.

The sixth rep was our last. And it was my last opportunity to run down the Silver Fox. He was slightly ahead to about the 150m mark and then, for the first time, I pulled in front. But being in front doesn't mean you'll stay in front with Bevan. I had to keep running hard to make sure I stayed there and passed the finish first. Thank goodness it was the last rep because I don't think I'd have liked to have tried that again. I gave it just about all I had and the result was my fastest rep of the morning.

It was a good hard session and it hurt just a bit (I'm lying - it hurt a lot) but in a weird way it felt amazing. My two 10 minute reps were really consistent as were the 400m reps. And my pace didn't die at the end like it had a tendency to do last year. And I almost made someone throw up. That's what I call a successful speed session.

And that's why I love the squad. All the support, encouragement and friendly rivalry - you can't help but become a better runner. And maybe even a better person. 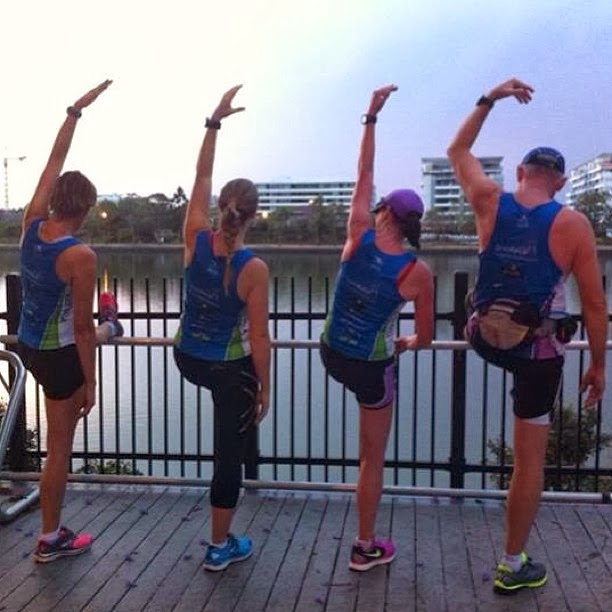