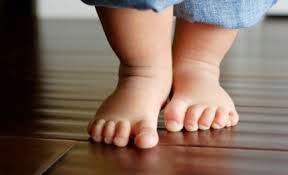 I'm reporting in after my first week on the come-back trail to fitness.

After my fairly successful run on Sunday I've run ... (drum roll please) ... once. Underwhelmed? Yeah, me too. But I'm listening to my body and doing what it requires of me and this week it's requiring that I not push too hard.

I went to speed session on Tuesday and it went a lot better than I thought it would. I decided ahead of time that I wouldn't bother with timing each of the reps. Because if I time them I compare them with previous sessions and there was going to be no positive outcomes in comparing. So my aim was to just run consistently for the session. Unfortunately, though, unless you time yourself you actually don't know if you're running consistently. So let's pretend that I did - even though I  seemed to get further and further away from my speed nemesis Bevan in the second half of the set. I'm pretty sure that was because he was running faster.

I finished the session pretty pleased with myself.

Until I realised just how much it had taken out of me. Oops. Always a little too optimistic about my ability.

I had to have a nap before work. And then I dragged through the rest of the day.

I didn't even try to run on Wednesday. It would have been a very poor choice. But Thursday seemed like it was do-able - until I heard the rain when I woke up early to go to the loo. Then I turned the alarm off. And I can't run on Friday with our long run on Saturday so I guess that it'll end up just being three runs this week.

I'm okay with that. I've put the rest of the year on the back-burner as far as events are concerned. Just so I can build up again without the pressure of looming races. I was supposed to be doing a half this weekend but I've canned that - I know that I'd be disappointed and it might put me back a couple of weeks if I pushed myself. And I've also decided against running the marathon in Melbourne.

There will be other races in other years.

But I have had one big success for this week. I've gained back one kilo.