I've been able to run this week.

Hallelujah!! Equilibrium is slowly being restored to my life.

It started on Tuesday at speed session. After missing three in a row I was seriously not looking forward to the pain. Missing a month of speed session has to hurt doesn't it?

Surprisingly, it didn't hurt any more than it usually does. But if you think about it that shouldn't be as surprising as I found it. Speed session is always going to hurt - the only variable is how fast one is able to run at a 'OMG I wish this rep was over because I'm going to die' level of pain. So after careful consideration the truly surprising thing was that I really hadn't gotten too much slower from not having attended.

My nemesis, Bevan, was there. He'd just started back after an injury when I stopped going so this was the first session that we'd done together for a while. And he was ready to revisit our previous rivalry. I was not. But despite all my best efforts to let him get ahead, I couldn't quite shake him. He kept waiting for me on the recoveries to try to spur me on to some faster running. And maybe that was why I wasn't that much slower. His dastardly plan worked!

I missed Wednesday's run due to a sick kiddie-induced late night. (Yes, the sick kiddie is in his mid-20s but who doesn't like to be looked after when they have the flu?!!). So today I ran yesterday's planned 16k. It was hard and cold and I wanted to go back to bed the moment I got out of it - but it was awesome.

It reminded me again that I need to run. It centres me. It takes me away from whatever stressful situation that might be happening and gives me peace. I get to see the city come alive. I get to see the beauty of the sunrise. I get to feel the kinship of the other early risers who also understand the magic of the morning.

And I get to appreciate unique and special moments. Like almost being taken out by a cyclist who apparently was indicating to turn left but his black arm warmers made that tricky to see in the dark. Like startling/being startled by a possum in the branch overhead - I don't know who got more of a fright. 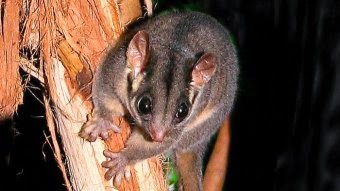 And then there was the sunrise. The sky with a soft pink border as a backdrop to the boats and the bridge. That view is why the Botanical Gardens run is my favourite. 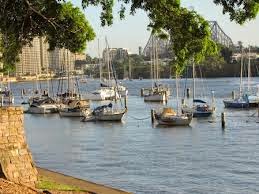 Can you tell that I'm starting to feel my normal self again?
Posted by Char at 7:12 PM