Not a big surprise there since I've birthed three no-longer-tiny humans. And have all of the appropriate accessories that girls usually have.

I'm not always girlish when it comes to certain things - like wearing make-up and high heels. And I'd prefer to wear shorts over a skirt. But there are definitely times that my gender makes itself felt. Like when I bought these. 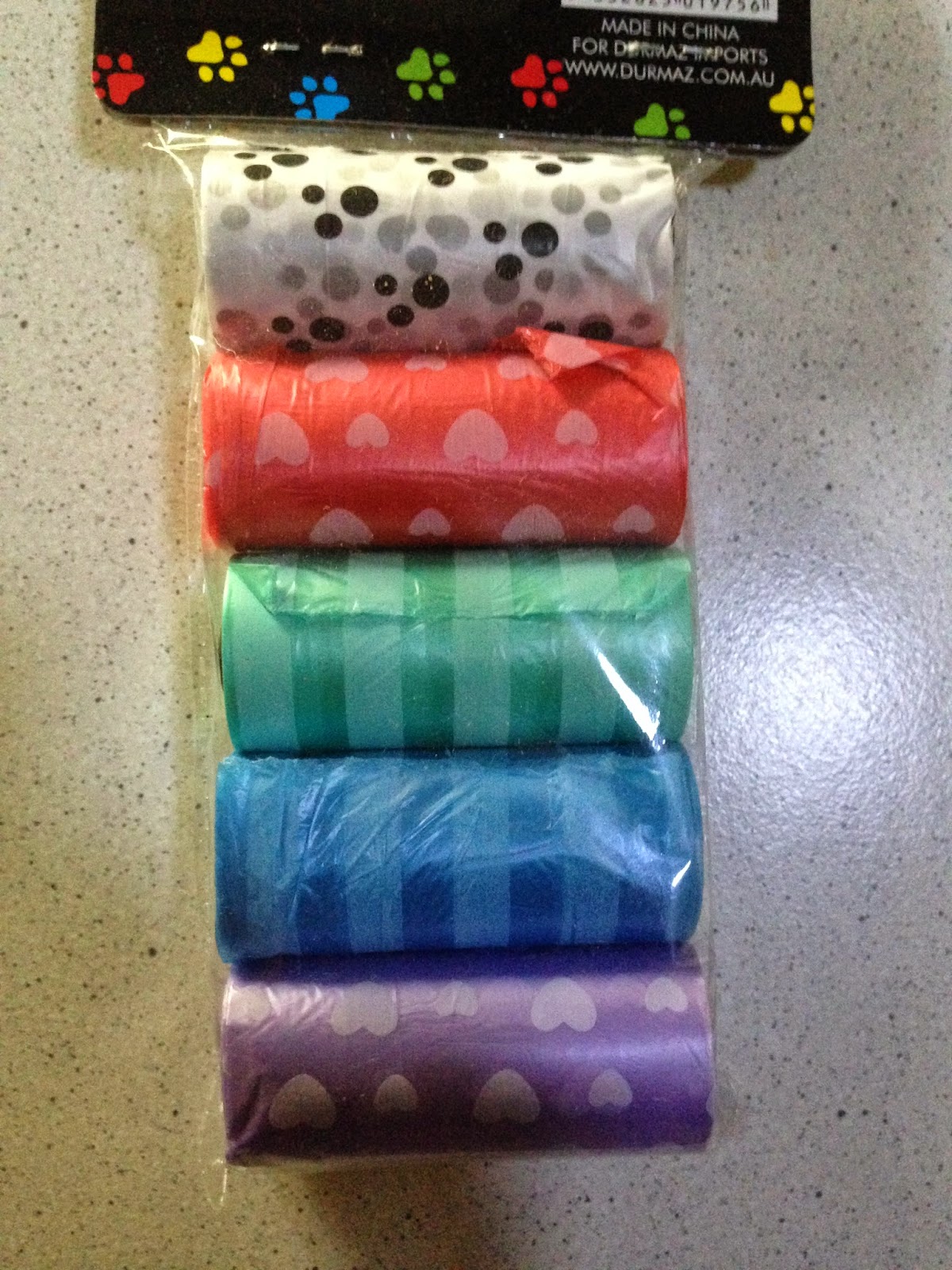 No, they're not the most unusually shaped tampons on the market.

They just happen to be the prettiest dog poop bags that I've ever seen. Seriously, the only way they could have been prettier is if they were encrusted with glitter and diamantes. So when I saw them I just had to have them. And at $2.00 from the cheap shop, I had to have two.

Yes, I could have bought plain, clear ones cheaper but these ones spoke to me. And I'm pretty sure they said 'buy me'. So I did. Talk about extravagant! If Iven asks me about them I'll be using the 'this old thing? I've had it for years' line. Wouldn't want him to think I was squandering his hard-earned money.

Yesterday I realised that I really should have saved that extra twenty cents.

I took these two out for their walk. 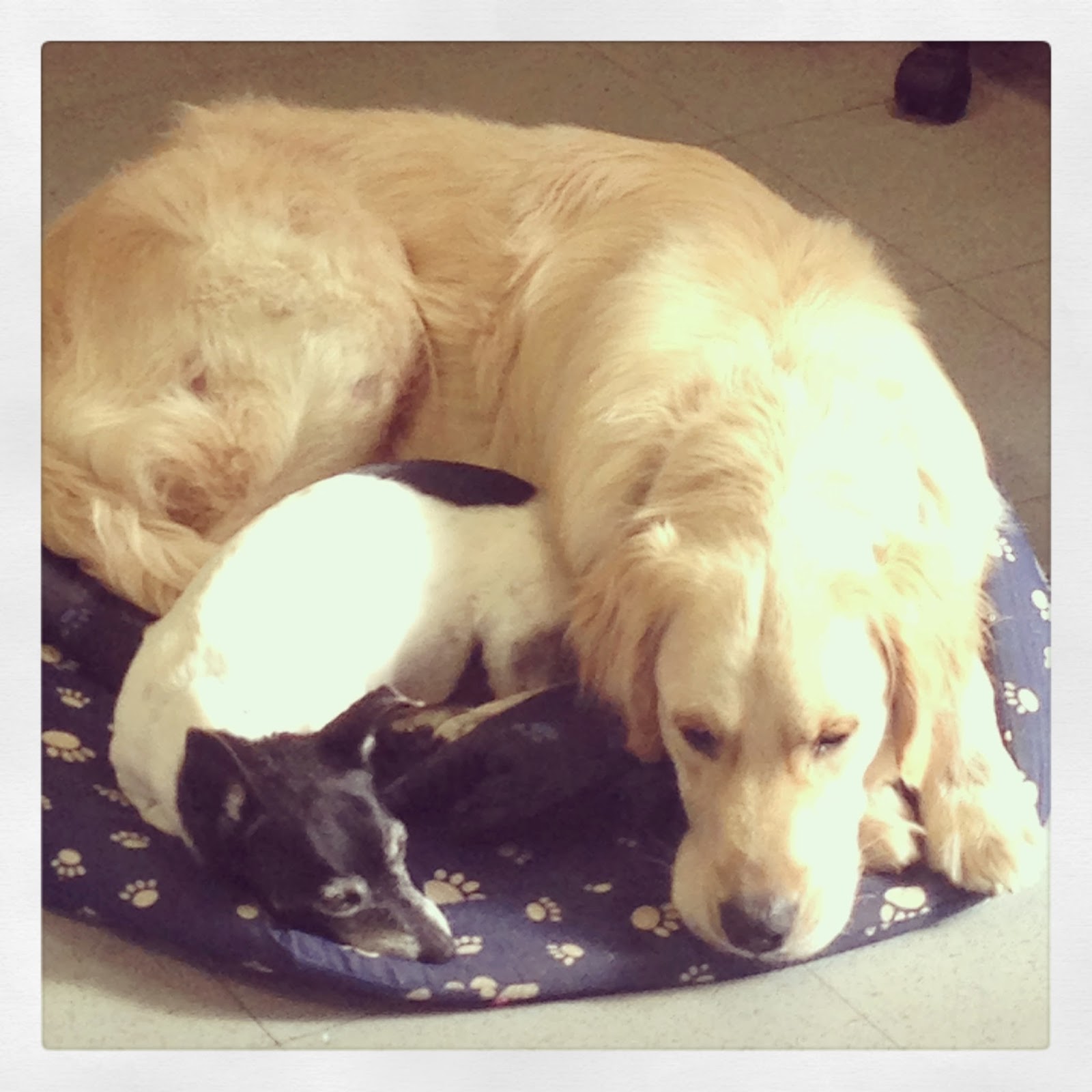 And of course Toby did what he always does on a walk. Took a dump that a horse would be proud of. I pulled out a pretty little red poop bag with white hearts on it and did what a responsible dog owner that doesn't want to pay a $227.70 (who decides these random numbers?) fine does. I picked up the poop. In my pretty bag that, oddly, didn't look quite so pretty any more. But felt lovely and warm.

And it was at that point that I learnt an important life lesson. You can wrap up a turd in the most beautiful of wrappings and tie it up with a big sparkly bow but when you open up the wrapping it will still be a turd.

But having said that, if I ever do find poop bags encrusted with glitter and diamantes I'll probably still buy them. Hang the expense. And I'll do it because I'm a girl and I just couldn't resist.