I just need to have a little whinge.

Not that speed session is ever easy. You can't run fast (ish) for 45 minutes without wanting to toss up your pre-run banana on the odd occasion. And I'd be lying if I said that I'd never thought about faking an injury well before the end of a session. I have those thoughts on a very regular basis but have yet to act on them - I'm saving that for a very special case of desperation.

Yesterday's session was a little bit harder than usual because it was in a different location. It wasn't on our usual almost dead-flat stretch. It was up this enormous mountain!!

Slight exaggeration there. It was up a little bit of an incline. But I swear that incline felt like an enormous mountain by the end. And my legs are assuring me even as I sit here at the keyboard that there was extra work involved. Hello DOMS.

I'm still not back to where I want to be fitness-wise so that might have added to how hard it felt. And I certainly haven't done any hill sessions for probably two months. And I'm only running two or three times a week at the moment. But I'm pretty sure that it wasn't just me who found it a challenging session.

We started off with five sprints up the hill that turned into six because the back markers had to get their five done. Then it was a fun ten minute rep that seemed to be longer. Why is it that time goes so quickly when you're having fun yet so slowly when you're in pain?? Then we got to repeat the first five reps which again became six - despite me really taking those recoveries to the extreme.

I looked at my watch on the last rep and decided that we'd really be pushing it to get another ten minute rep done. My wish, at that point, was that we'd have to call it quits and do a slightly longer cool-down.

I've been running with Coach Chris long enough to have known better. I know he has a sadistic streak so I shouldn't have been surprised that he had an evil glint in his eye when he told us that the last rep would be fifteen minutes.

It always amazes me that despite us all being exhausted and in pain no one ever quits. There may have been dark mutterings from a certain Mr G and thoughts of revenge (the more painful the better) but to a man we all pulled on our big girl panties to finish off the session.

I like to think that it shows that we're a close-knit group of dedicated, hard-core athletes. But I sort of suspect that we're all a little crazy and we've worked out that our crazy doesn't seem so bad when we're surrounded by like-minded crazies.

And talking about crazy - my poor puppy has had an itch that has been driving him nuts. Poor Toby is allergic to something and whatever that something is it's around in abundance at the moment. So he's been spending a lot of time like this. 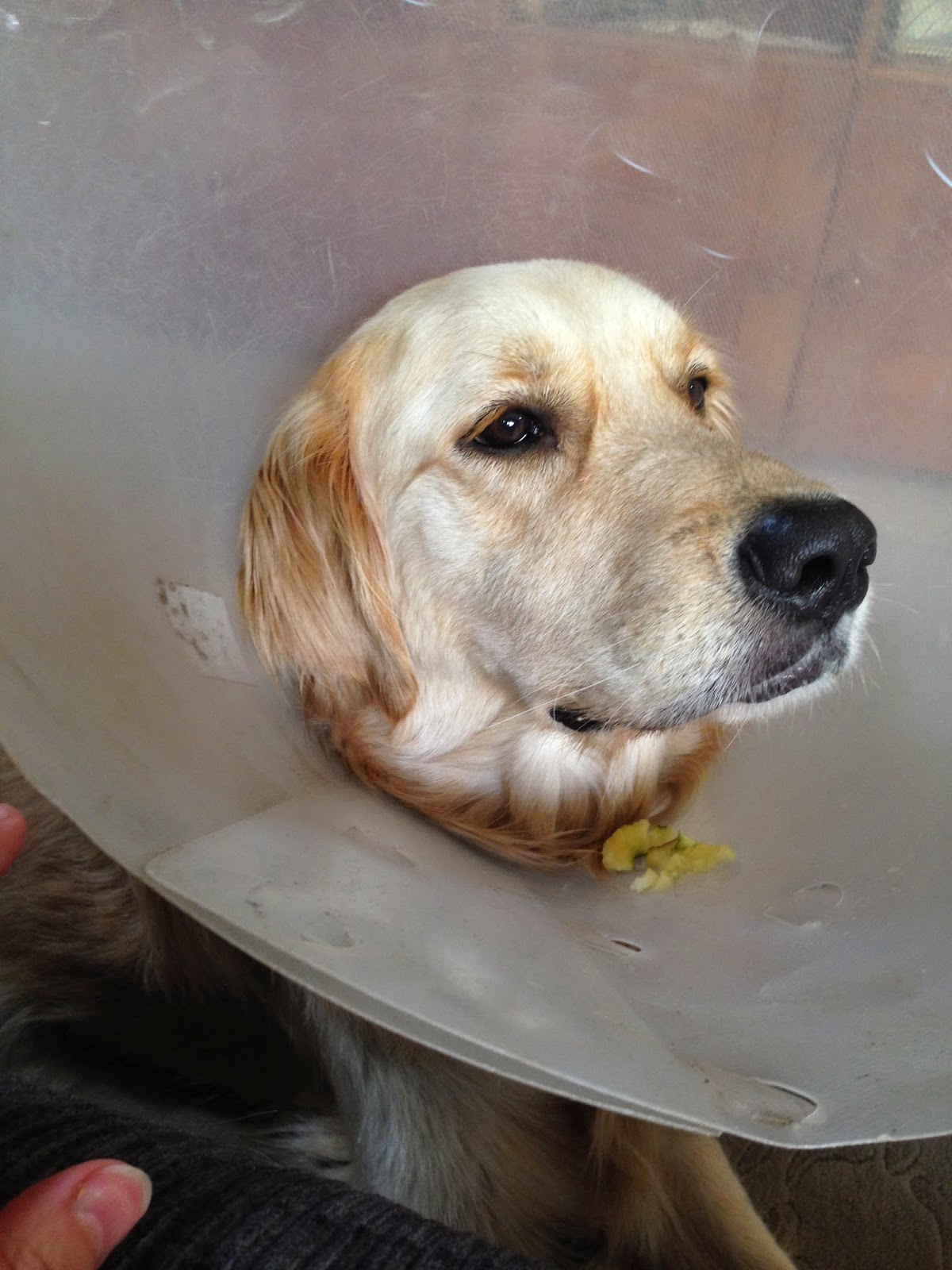 While the Cone of Shame has it's pluses - like storing food for a snack later on or keeping the rain off your head or making your bark sound so much more impressive due to the megaphone-like shape - it has a lot of minuses - like having your doggy sister snap at you when you make play overtures because you don't realise that the cone is almost a lethal weapon to a 6 kilo dog. 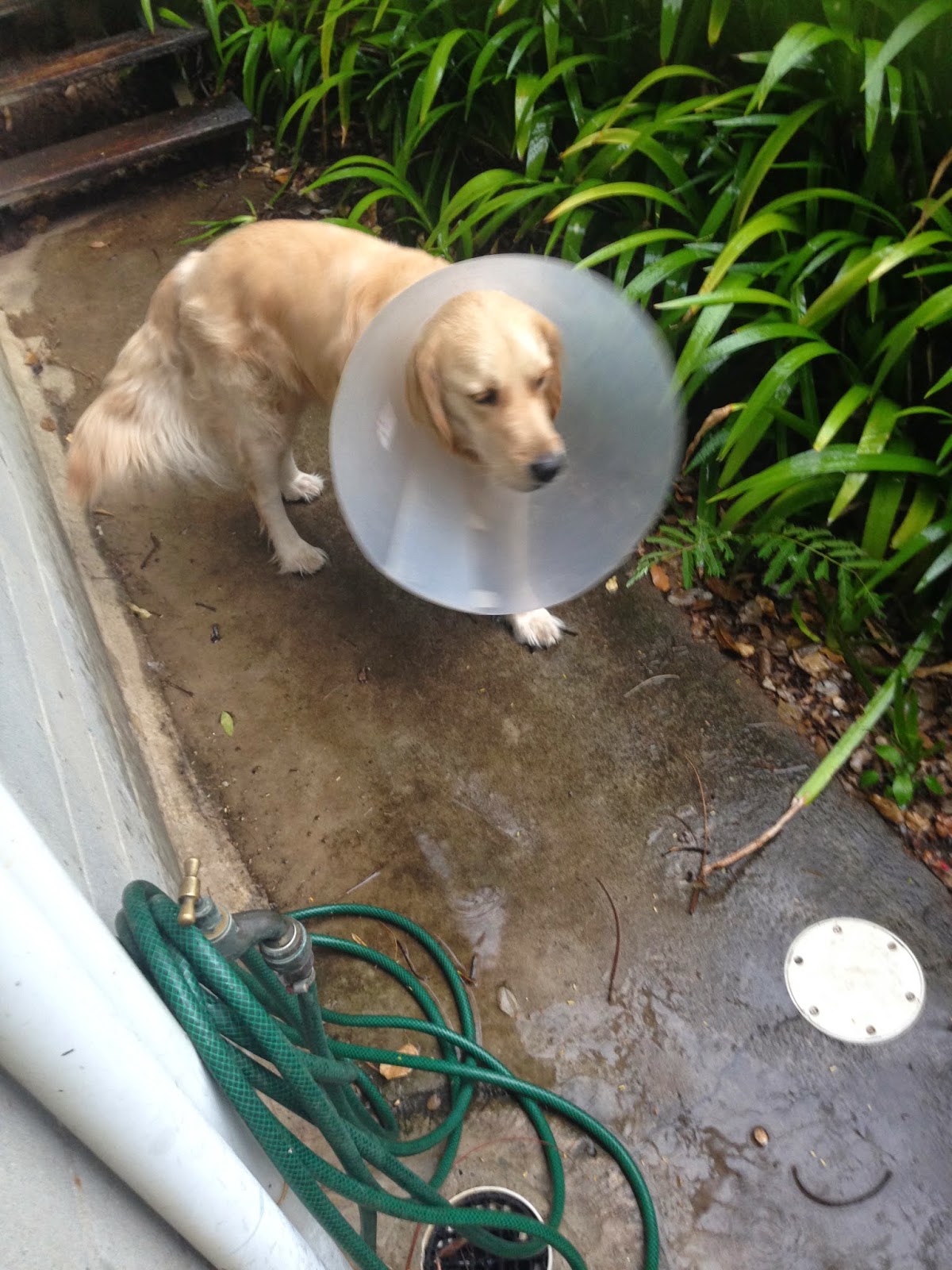 Because it's a pain to take on and off, we've gotten a bit lazy and stopped threading it onto his collar and this has worked pretty well. Until the other day.

Toby picked up one of his toys to play with and shook it so violently that the cone came off his neck and ended up wedged over the rabbit's butt. 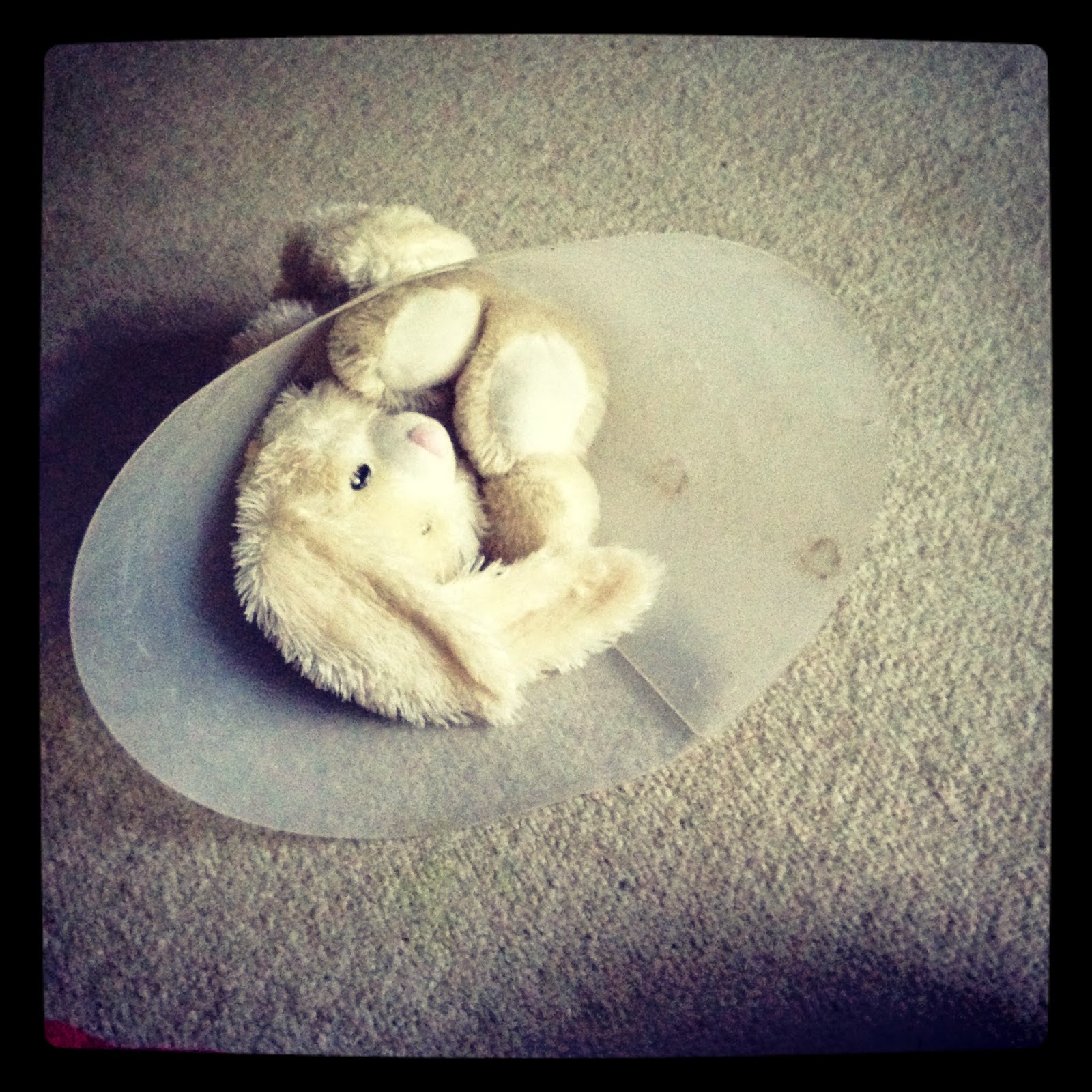 Funniest thing I've seen in a long time!
Posted by Char at 6:23 PM