Leave No Man (Or Woman) Behind

Saturday mornings is always long run morning. Rain, hail or shine. (The hail part may be a bit of an exaggeration because that's never actually happened in the many years I've been running).

This Saturday was no different to any other Saturday. Except that it was. Yes, we all congregated at an ungodly hour. And we all were wearing appropriate running gear. And we all complained a little about the cool and the aforementioned ungodly hour. But our intrepid leader didn't show.

This has never happened before. Sure, he hasn't been to every single Saturday run but never before has he not turned up without someone knowing why. Turns out that the why was a really bad dose of the flu and he'd basically been sleeping since his last session on Friday morning.

But, being that we're all adults and quite capable of getting ourselves underway, we set off with the belief that we could do this alone. And of course we could. But there's something that Coach Chris does very well every time he leads and something that kind of gets neglected if he's not there. He makes sure that we take the first couple of kilometres pretty slowly and stick together as a group.

I understand why it's important to run the long runs slowly but this last Saturday I worked out why it was important to keep the group together. It's for idiots like me who take off with the quicker kids then realise that they're going too fast. It's no biggie to drop back in pace if there's plenty of people to run with once you've had that lightbulb moment. It is, however, a biggie to have that realisation when the rest of the group is quite a long way back and you're left with the decision to keep running at the too fast pace, run by yourself or wait a while at a water stop till the rest of the runners catch up.

Running by myself was never an option. I don't set my alarm for 4:45am to run solo. And waiting just didn't seem like that much fun so I chose Option A - run too fast and hope that I didn't crash and burn by the end.

Oh, did I mention that this was my first 20k-er in a couple of months? Running my first 20k at a quick pace was obviously the only logical decision. Go hard or go home! In a body bag. 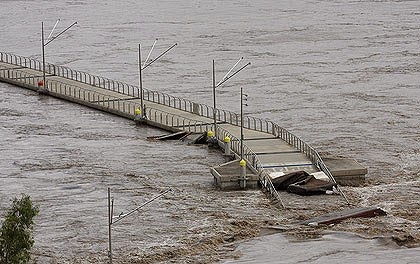 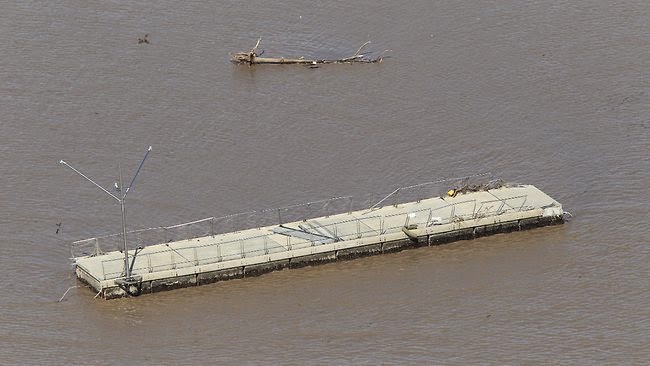 The Riverwalk had been an integral part of our 20k run to New Farm Park and without it we had to run up Medina Hill. I hate Medina Hill!! It's a hill and it's steep. Enough said.

The new Riverwalk opened last weekend to much joy and elation from the running community. We could again run all the way to New Farm Park without having to do a hill session in the middle.

I'd been excited about the run from the moment that I'd managed to elicit our route from our tight-lipped coach earlier during the week. (Don't ask me how I do it but it does involve a clever combination of nagging, the threat of bodily harm and the withdrawal of cupcake privileges). But I was less excited about doing it at the pace we were going.

I'm not talking world record pace here. It was low 5 min k's as opposed to almost 6 min pace. Not an enormous difference but enough to make me question what the hell I was doing.

We got to New Farm Park, refuelled and rehydrated then set off back home. It was about then that I might have mentioned that if I started drifting back no one should worry. But I was told, in no uncertain terms, that no man (or woman - as the case may be) would be left behind.

I wasn't going to get an out. So I sucked up all those doubts about what I could and couldn't do. And I tried hard to not think about how much further there was to go.

The mind is a powerful thing. If it says that you can't do something then you probably won't be able to do it. When it believes that something is possible then, miraculously, something that may have seemed too hard suddenly becomes achievable. And somewhere along those last 10k back I started to have glimmers of belief that I might make it.

There was no slowing on the way back. In fact we may have run it slightly faster. There were a couple of sub-5 min k's thrown in before the end. And I finished with some of my confidence restored.

I realised again just how important my running group is to me. There is no way that I would have run that far that fast without the company and support.

But next week I'll be running a lot more conservatively. It might have been a great run and a real confidence boost but we can't be stupid about these things.
Posted by Char at 3:33 PM