Think Before You Speak

I think dementia is finally starting to take hold.

Some amongst you would argue that that ship had sailed quite a few years ago. But while I can still find my keys and remember exactly why I went into a particular room (even though that memory may need prompting by leaving the room and going back to where I had the original thought), I cling to the tenuous hope that all is still well with my grey matter.

I was reading the other day that dementia can shorten the attention span. Well, mine is approaching that of a scrub turkey. Which is better than a gnat but way worse than an elephant. I get distracted by lots of things. Pretty lights. Pretty music. Pretty men. All the usual things.

This morning I was having a conversation with my husband and my #2 son. About important world issues. Like Zombie apocolypses (apocolypsi?). And vampires. And what exactly is the difference between a zombie and a vampire? According to son #2 a zombie can see itself in a mirror. According to #1 husband a zombie is dead and a vampire is immortal. And the fact that I can still remember both of these salient points is proof positive that I still have control of some of my faculties.

Anyway, in the midst of this conversation I became distracted. By Toby. Who's been having another bout of itchy skin. And is now relegated to the bucket. Again.

And that's when I said something that no mother in a household full of adult males should ever say.

"I want to have a look at your scrotum."

Need to remember not to act like someone who's had a frontal lobotomy.

PS - Toby's scrotum will be fine with a lot of TLC. And in the meanwhile the Cone of Shame acts as a handy bug catcher. 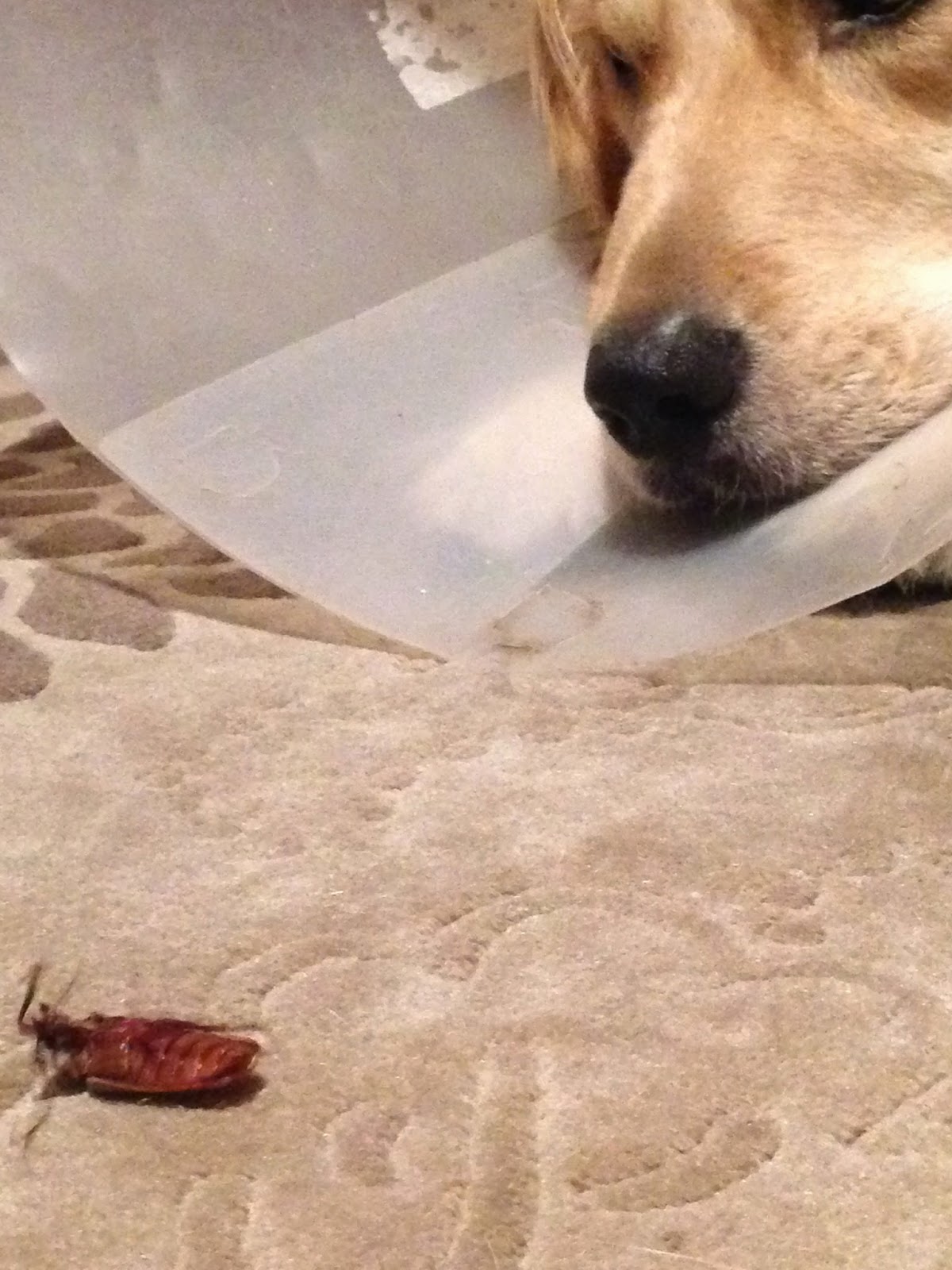