One Of THOSE Runs

Please don't hate me but I had one of THOSE runs yesterday.

Don't know what I mean by THOSE runs? That's okay - I'm happy to elaborate.

They're the Willy Wonka's Golden Ticket of runs.

The sort of run that gets us runners addicted to spending hours sweating and panting and hurting. 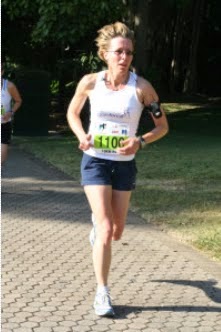 They're as elusive as a unicorn next to a pot of gold at the end of the rainbow.

But they do actually exist.

They're the magic runs. Where you can push yourself and can just keep going. Where you're strong. Invincible. Unstoppable - except when you're crossing the road. Road safety is important even when you're feeling like a superhero.

It shouldn't have been a great run. I'd done my long run only the day before so my legs weren't the freshest. And I'd walked up the mountain with #1 husband and the dogs earlier that day. And it was warmer than I like - but I've been toying with entering a December race so thought that running in the heat would be good training.

It was going to be an easy run. And I really did have all intentions of keeping it easy. But when the magic happens, who am I to throw it all back in the face of the running Gods? The first couple of kilometres felt so good that when I hit the hills on Hillside Tce., I just kept running at the same pace. And of course my legs could feel the effort by the top of each of the rises and my lungs were burning but the down-hills took care of that.

I kept expecting to die. But as each kilometre ticked over I had enough in the tank to promise myself another at this pace and then I'd ease back if I was feeling done. But I never had to keep that promise. Twelve kilometres done in just over an hour and my last kilometre split at 4:37.

Pain has never felt so good.

I wanted to blog about it right away but decided that in my endorphin-riddled state that it would probably be a little over the top. Too evangelical. Too gushy. Too running-crazed.

But it seems that over twelve hours haven't blunted how good that run felt. There still may be a few extra endorphins pumping around my body - and I'm not complaining. But it's left me wondering - how long until I get another run like that?