We put up a bird-feeder.

I've been enjoying all the birds that come visit my Mum and decided that I wanted to do the same so I talked Iven into creating a special birdy restaurant that would bring birds in from near and far. I got him to put it just out from our patio so it would be easy to refill and easy to see all the magnificent birds that came to call. And it's over-hanging a garden bed so if the seeds fall out of the feeder there won't be any mess. Genius - I know.

I had total faith that if we built it they would come. They haven't!

That was about four weeks ago and so far we've had two birds. A magpie. 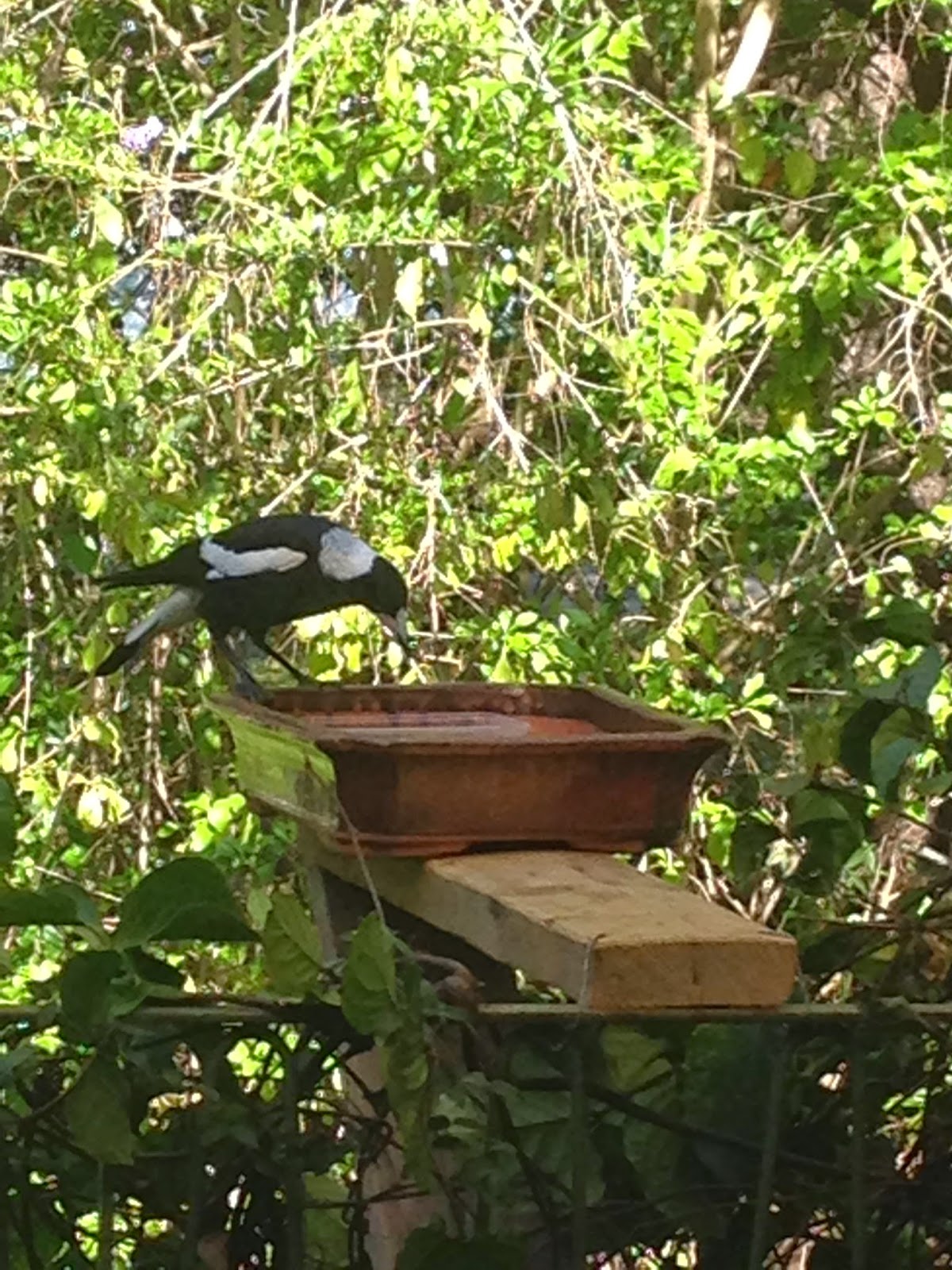 And a dirty, great scrub turkey. 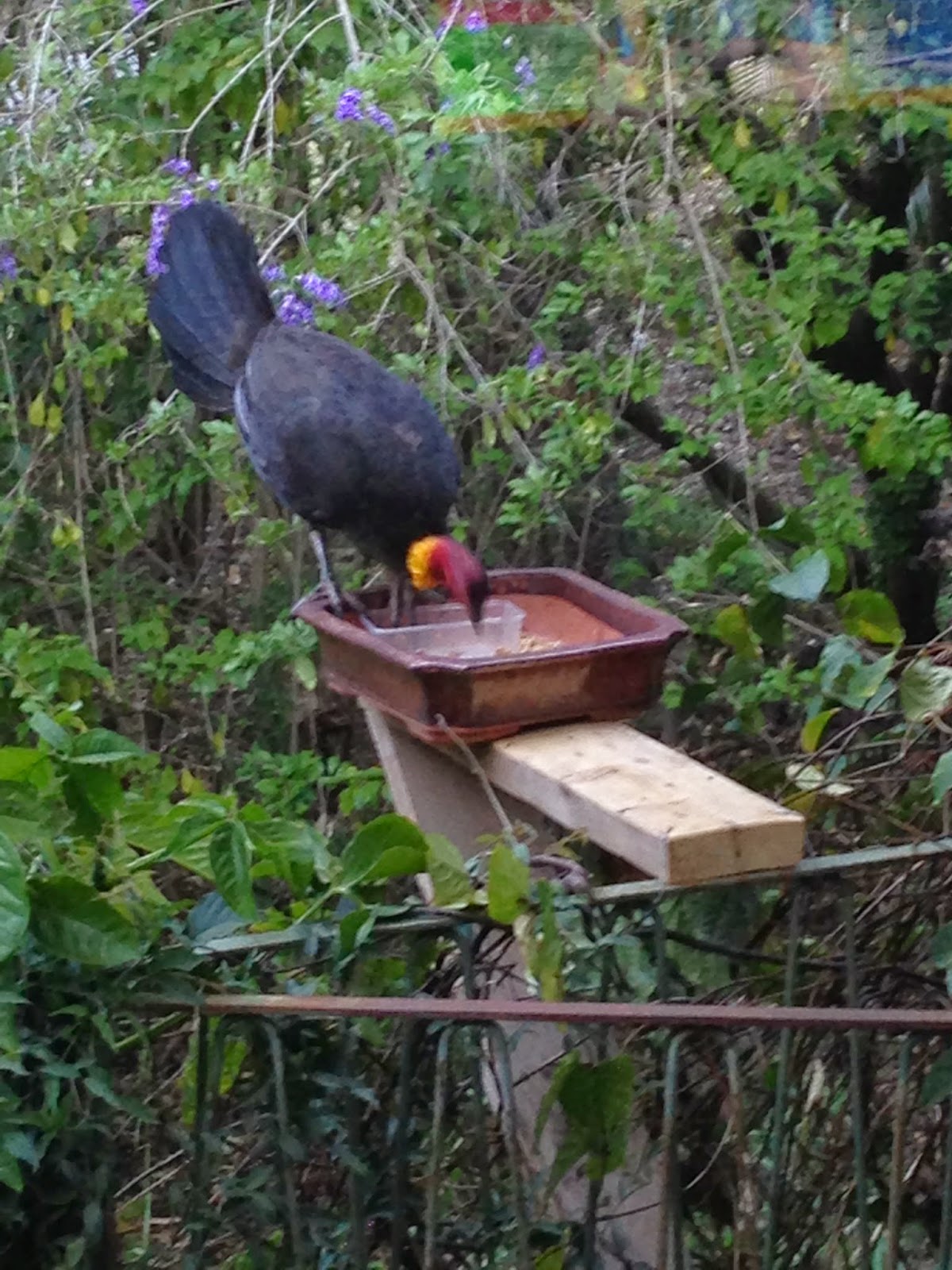 Disappointment is an understatement for how I'm feeling. Especially when I go over to my Mum's and see her lorikeets and cockatoos and kookaburras. And even more so when my sister, who doesn't even have a bird feeder, shows me the pictures of the king parrots and cockatoos who regularly visit her. Seriously?!! There's free food on offer and the only takers are the underclass of bird society.

I personally think that the problem lies in the scrub turkey. I'm pretty sure that the other birds are staying away because he's there. Lording it over the feeder and taking out the best bits of the bird seed like the sunflower seeds and corn. So I have made it my life's mission to dissuade this bird from ever darkening our doorstep again.

Picture this. It's 6am and I'm just out of bed. Still in pyjamas. Hair sticking out every which way. Broom in hand. Screaming like a banshee while flailing said broom over my head. You'd think that would be scary enough to stop him from ever returning. It's certainly made the neighbours look at me with distinct mistrust in their eyes.

But not my fine feathered friend. Food trumps crazy woman in his world and he keeps returning despite my superior broom-twirling skills.

But I have not lost hope. My mother has had a similar scrub turkey issue and has managed to scare him enough so he's no longer scratching out her newly-planted annuals. And the method she used? She Bieberised him. For those of you unfamiliar with the term, Bieberising involves a life-sized cut out of the (using the term loosely here) star and placing it strategically in the garden. Sort of like a scarecrow. Personally I wouldn't have thought that the sweet, young Justin - before the egg-hurling, peeing in janitors buckets and all the arrests wouldn't have been so scary to a bird that has a pea-sized cerebrum but this doesn't appear to be the case.

The dogs, on the other hand have no fear of Justin. Both of them have peed on him. Which gives me a sick sense of satisfaction.

So once my mother has finally gotten sick of having this in her yard I'll be putting my hand up. I just he's not that scary to cockatoos and lorikeets.