Can An Old Runner Learn A New Watch?

Just a few days ago I was living in fear and terror.

A category 5 cyclone had formed up north and was heading with huge destructive winds and tons of rain. It was due to hit the coast on Friday and we didn't know exactly where Or how much damage it would create. Or if the Saturday's run would be cancelled.

That's what was really worrying me. Because I'm a runner. And because my week's sanity relies on a good weekend run. Preferably two.

And this weekend I was even more invested in the run than usual. Not because I needed more 'therapy'.  But because I had just bought a new running watch.

My old Garmin 405 had been on its last legs for months. The watch was still going okay but the ANT agent had died, the heart rate monitor had died and the watch band was on its way out and was held together with strapping tape. My plan was to keep it limping along to my birthday in a month's time and ask for a new one.

But then our own little cyclone Ricky struck.

He managed to get the watch off the computer tower that's sitting on the desk and gnaw the band off. No worries, I thought. I'd be able to just carry it in my pouch on my runs for the couple of weeks till my birthday. So I tried that on Thursday and found out that GPS watches actually need to be able to see the satellites to work - or else I really did run a 7 minute kilometre.

When I went to the shops on Friday I really didn't intend to buy a new watch. I was going to buy a couple of torches just in case we lost power in all the bad weather. But something lured me into Rebel Sports and all of a sudden I had the new watch in my hot little hands. But then came the hard parts, explaining what I'd done to my husband and answering the question that has stumped scholars since time immemorial - can an old runner learn a new watch?

My husband's reaction was only a little dismay. "Now I'm going to have to think of something else to get you for your birthday!"

I assured him that that wasn't necessary. But I'm a woman. I reserve the right to change my mind about that.

The watch-learning thing was, as I expected, a lot more challenging. I had to call on the expertise of my youngest son to help with all the computer stuff because Garmin have updated all of their software in the 6 years since I bought my first watch and some of the software wouldn't download through Chrome and Explorer kept crapping out on me so we had to go the whole Mozilla route. Why oh why is technology so complicated?!!

So after getting the watch and the computer all set up. I didn't want a little thing like a category 5 cyclone stop me from taking my Precious on its inaugural run.

Just a little side-note here. We were never actually in the path of the cyclone. It was a few hundred kilometres up north and we were only going to get lots and lots of rain. So I'm not a totally obsessed running-nutter. Even I draw the line at running in a cyclone.

There was a few begging texts to Coach Chris. A bit along the line of please, please, please don't cancel. He wouldn't commit either way because he is not God and can't know what the weather's going to do. I'd pretty much decided that I would run regardless but really wanted the group to run with. Because a group of masochists have way more fun than a single.

So I went to bed Friday night with my gear out and a steely determination to get 20k in. A bit of rain wasn't going to stop me. And when I woke on Saturday in the dark with the rain pattering outside it was all I could do not to jump back into bed - until I remembered the begging texts and decided I couldn't face the shame of piking out.

The run went well. I managed to get my watch to start and stop and record stuff in between the starting and stopping. There was only one moment where I thought I'd stuffed it up - when I wiped rain off the touchscreen and managed to change the screen. But I worked out how to get back to the screen I wanted so I've officially given myself a high distinction for watch-learning. And I guess that answers the question - yes, an old runner can learn a new watch. 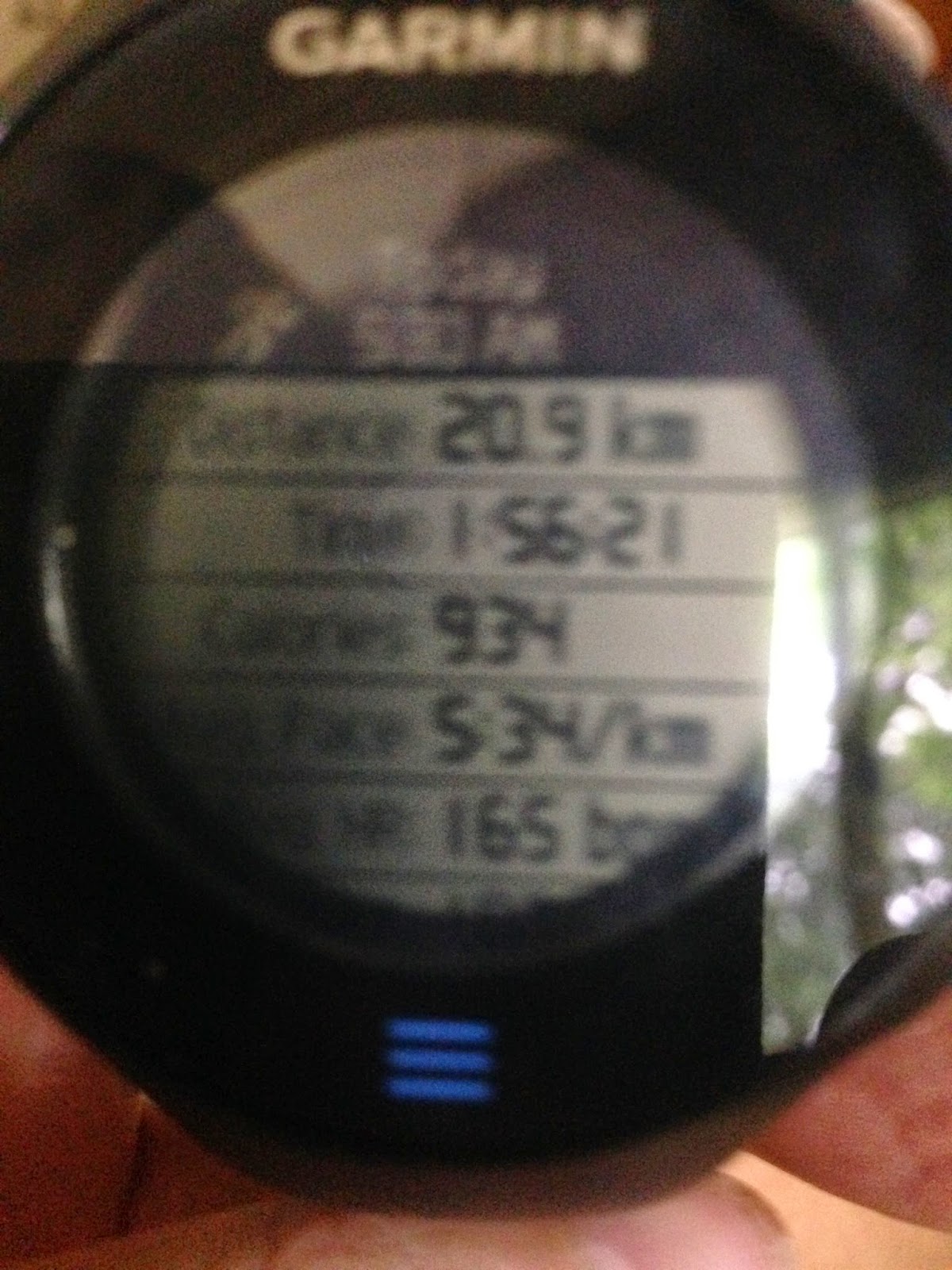 And for those of you who only come to my blog to look at the cute puppy pictures, here is my gift to you. A story of lust and how dark desires will drive even the most innocent to commit crime. 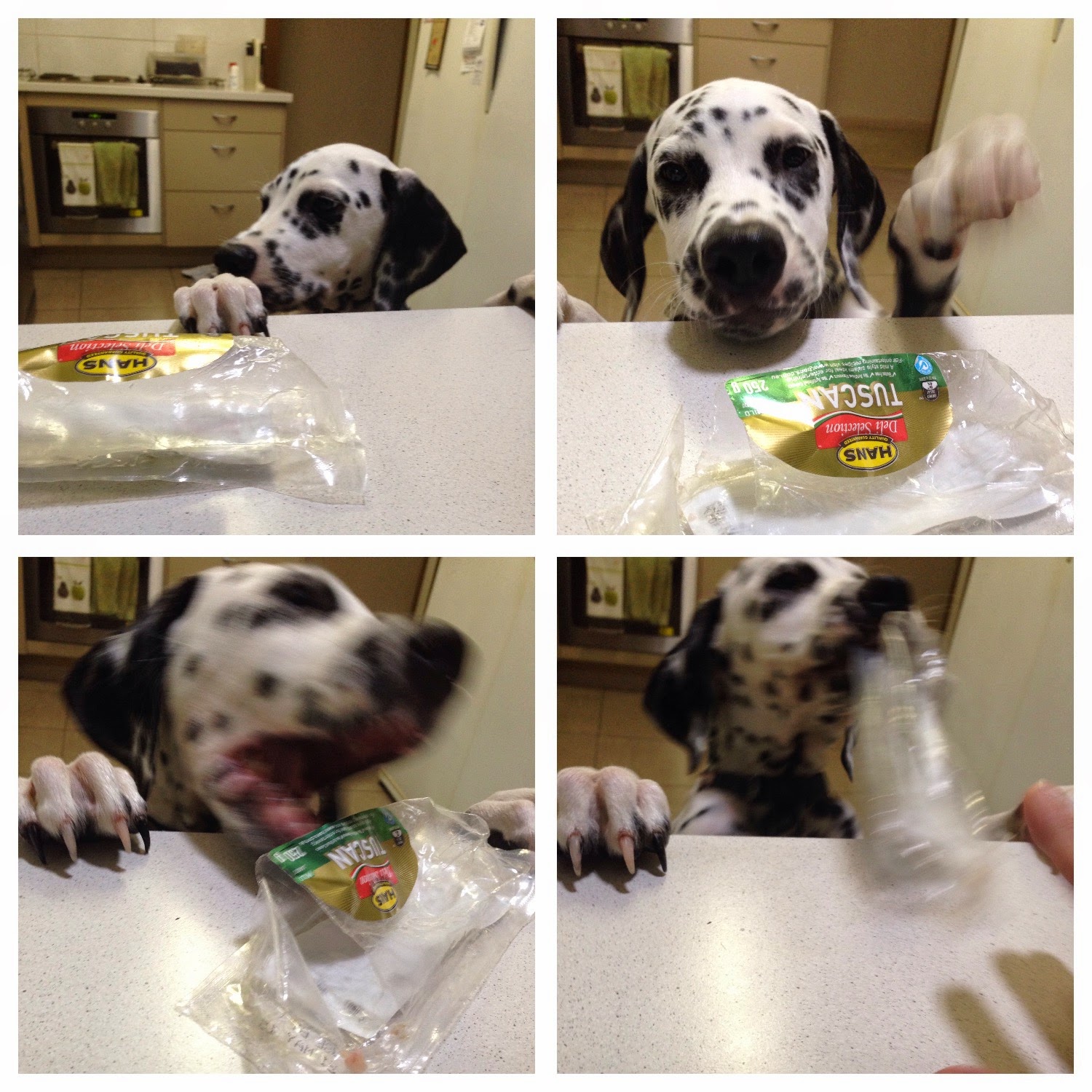