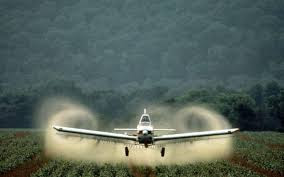 Did you know that the average person passes wind fourteen times per day?

I don't know it I'm average or above average. All I know is that sometimes the need to fart comes at an inopportune time. Like when you're at the physio. And you're lying in a treatment room on your stomach - because there's nothing that makes the urge to release flatus more, well, urgent than pressing on it.

I was at the physio for a bit of a tune-up. And by tune up I mean torturing my hamstrings, calves and hips into submission. He'd just put a couple of acupuncture needles into my ornery hamstring and told me to lie there for a while (like I'd be going somewhere with needles hanging out of the back of my leg) when I felt the urge.

I was alone so I could have let it go. Carefully, so as not to make too much noise. But there was always the risk that it may have been malodorous and I hadn't brought any of my dogs along with me to blame.

So I did what any good endurance athlete does when they've found a physio that they like. I endured. I applied all the techniques that I use on a run when I've had enough and just want to lay down and cry. I told myself I was strong. I told myself that this was what I'd trained for. Not strictly true because I usually do what Elsa from Frozen advises - let it go. And I told myself it was good practice for the marathon. Also not particularly relevant except that it was uncomfortable and I'm likely to be very uncomfortable in the marathon - but hopefully not in my intestines.

I made it to the end of the session with my dignity intact. Paid the bill and walked outside knowing that this race would soon be over. But it wasn't. It was lunch time and outside was where most of the workers from the surrounding offices had decided to congregate to eat their lunches in the sun.

I walked through them like a woman on a mission. Cause I was. And my mission was to make it down to the car park. I almost did too. Halfway down the steps I decided I was far enough away and there was enough traffic exhaust to cover my human exhaust.

The relief was wonderful. For a few seconds. Until I realised that there was a very short woman walking closely behind me. I'd crop dusted her.

I'm so sorry short lady. It wasn't intentional. But maybe next time you won't tail-gate.
Posted by Char at 3:03 PM