A Good Weekend and A Story With a Moral 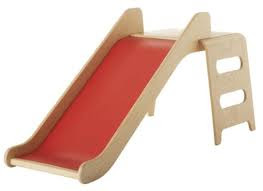 We've just had the worst weather over the past few days. It's been hot and sticky - in fact the lowest it got last night was 25 C which is 77F. that sort of weather is not conducive to sleeping well. But today we've been promised a storm. And a cool change. And I'm hoping that Summer will finally be over.

But despite the really crappy weather, I had a good weekend. It started with an ordinary run on Saturday morning. Running + heat + me = fail! I got through the 16k but didn't enjoy it much. There seems to be a very strong correlation between the temperature and how well I run.

My sister had us over for lunch to thank everyone who'd helped them during the floods. We were in Tasmania and the only help that came from our house came from Sam and Luke and our washing machine, so I did feel like a bit of a fraud but the food made me forget to feel bad.

Later that afternoon Natalie, my Saturday walking friend, came over. It'd been raining early that morning when she left home so she hadn't packed her walking gear. Yay - we didn't have to walk in the stinking heat and we STILL got to have coffee.

Sunday I had nothing planned which meant I could play catch up around the house. Three loads of washing. Lots of baking - including a new recipe for lemon poppyseed cupcakes that has white chocolate in and are totally yummy. Cleaning out the bathroom cabinet (which hasn't been done since the turn of the century - I had nappy rash cream in there and Luke is 17 now!). Cleaning the mould off our front door. And, at the end of the day, lots of hip stabilizing exercises because stable hips mean happy runners.

I know this doesn't sound very exciting but the fact that I had enough energy to want to do it made me happy. For the past year or so I've spent the weekend doing my long run then resting up and doing as little as possible. Even on Friday I had more energy than I normally do. I was told that it'd take about a month to see any effects from the CoEnzyme Q10, but I'm just wondering ... Or maybe it's a placebo effect. I'm really enjoying having energy.

And on a totally different subject - Sam and I were talking about childhood injuries last night - ones that would produce a scar. The boys haven't had many but Sam's best one was a cut to the back of the head which needed stitches. And how did he get this cut? Sam was a creative kid and a pretty bright one. We didn't have a slippery slide in the back yard so he decided to make his own using an old door and a pile of bricks. He was about four at the time so it was a bit of a job lifting up the door and it was not a steep slide so it was disappointingly slow. And this is where the ingenuity comes in - Iven had just changed the oil in his car and hadn't gotten rid of the old oil so Sam decided to put it to good use. It made that slide way slipperier. So slippery, that he went pelting down and whacked his head on the concrete. I had to wash all that oil out of his hair to find where the blood was coming from and then it was a quick trip to the medical center. So the moral to today's story is - Never use sump oil to make your slippery slide faster.
Posted by Char at 1:39 PM