Blogging As An Excuse Not To Work

I'm spending time on my blog because I just don't want to work. I've worked 10 days in a row (admittedly Saturday and Sunday were only four hours each) and all I want is a day off. I don't think that's unreasonable but my order book is full and I'm turning away clients and the dates that my orders are needed are getting closer at a ridiculously fast rate so I just have to suck it up and work, work, work.

I did steal some time to go to the shops this morning to do some banking and get a quick coffee, (who am I trying to kid - I do that every day but I only feel guilty about it when I've got a lot of work pressure). While I was trying to get a park I noticed something quite interesting. Men with long cars find it difficult to park in tight slots. (There is no euphemism intended and those who think there is need to wash their minds out with lavender soap - it'll make them think of their Grandmas and create extra guilt) I had to wait for two men in station wagons having to stop and straighten multiple times before finally getting in. I drive a much more car-park appropriate vehicle and could just slip into a spot in one go. Let's chalk one up for the ladies.

I've been having some Garmin issues lately. For my past two runs (yes, I'm calling them runs now because there's more running than walking) I've gone to put it on to find it DEAD. Blank screen. 0% battery. I'd charged it and had 100% battery showing the day before but it had discharged during the night. I started to think new Garmin (the grey and pink 110) but a little Googling and some TLC with alcohol (sometimes alcohol IS the answer) and it's working perfectly again. The terminals just needed some cleaning. Unfortunately the pretty grey and pink 110 will have to wait.

I accidentally left the Garmin timing after my Saturday run. This was probably part of the reason why the watch was flat when I tried to use it on Sunday. It was sitting on my kitchen bench on the charger just counting off the seconds - and the kilometres. It was a mistake that showed that Garmins are not 100% accurate. I'd left it on for 25 hours and apparently in that time it travelled 35 k. Ten of those kilometres were legit. Probably two were driving home from my run. That leaves 23k unaccounted for. So either there's a very fit rat in training for the Gold Coast marathon who needed to borrow it OR there's a degree of error in each and every Garmin.


Sam has been using his long-suffering parents to practice his new physio knowledge. He examined my back the other day and told me that I'm inflexible. What?! Me, rigid??!! The fact that I refuse to do things out of my comfort zone, will not break my schedule for anything, find it hard to eat things that I deem 'bad' food surely doesn't mean that I'm inflexible. He's given me an exercise to help with my back pain so hopefully I'll be able to pull off the strapping tape soon - you didn't know that I was just being held together by a bit of gaffer tape did you? 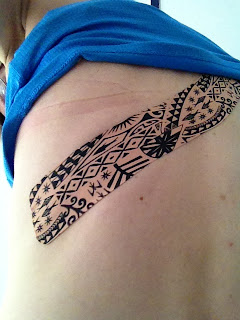 He also examined Iven's back. There was a bit of poking and prodding, some squeezing and then a warning from Iven that there might be an imminent release of gas. Sam backed off. Iven declared the emergency over. But as soon as Sam started manipulating Iven again a stealth fart snuck out. Why is farting so hilarious?!

Procrastination over - best get a little work done. I have more of these to make. 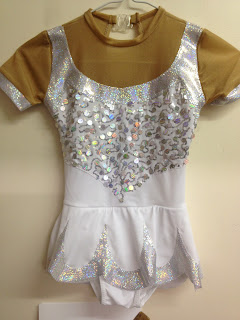