One Day At A TIme

Thanks everyone for your concern and support. Things have improved quite a bit since the weekend and I'm in a better head space to be able to share a little about what has been happening.

A mother is only as happy as her unhappiest child. Or so I've heard it been said. And one of my sons hasn't been very happy lately. Actually it's been going on for a couple of years now and we have good times and less good times but the last couple of weeks were in the way less good category.

And when he is in that frame of mind he drinks too much - way too much. He doesn't always confine his drinking to the weekend. It can happen any night of the week. He will go out to have a meal with friends and just not come home.

Yes, I know he's an adult but when he's living under your roof you can't help but worry. And I'm really great at worrying. I worry that he's been hurt or worse. I worry that he's been picked up for drink-driving. Or that he's drunk so much that he's passed out somewhere on the street. I worry that he won't get to work in time. Or that they'll get sick of him turning up late and he'll lose his job. I worry over what he's doing to his body - to his brain and liver and stomach. I worry about him picking up a girl and having unprotected sex and getting her pregnant or catching an STD.

All this worry came to a head last Thursday. He went out with a friend (who he's had some pretty wild nights with) and when I woke up at 12:30 am and he wasn't home, all those dark thoughts came flooding in. Sleep was a lost cause so I got up to read until he got home. By the time he got home I was having a mini-panic attack. He was fine and sober but I was a mess.

We talked about what had happened but he seemed to spiral down emotionally till Saturday when he was very flat and not responsive (he suffers from depression). And my anxiety hit a peak so that whenever I thought about the situation I felt immediately nauseated.

But since Sunday he's picked up enormously. It's almost like he's turned himself around. He seems so much more centred and calm. He's started running again and is talking to me (really talking - not just answering questions) - yay! I'm feeling much more stable too but I still intend to talk to the psychologist. I need some tools so that when/if this happens again I know how to deal with it, what to say and how hard to push him.

Being a parent can sometimes be the toughest job in the world. But I keep reminding myself that all this will one day be a distant memory. That all we have to do is get there one day at a time. And both he and I will be stronger for it. 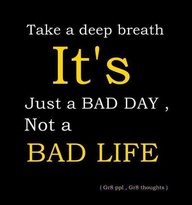 But life isn't all doom and gloom. There are still really good things happening. Like yesterday's speed session. It was the first one all year where I RAN FOR THE WHOLE SESSION. It was 400 and 600m reps (for me and a few of the squad who are coming back from injury or illness - 1600m reps for the other suckers). I did a comparison with some of my pre-sickness times and I really haven't lost too much speed since last year.

Our hens are back laying again. This may not seem a big deal but it really makes me happy to go and collect eggs every day. It's a bit like getting a little present. Iven collected the eggs on Saturday while I was out running. He put them in his dressing gown pocket so he could do a few other outdoor chores and unfortunately forgot about them ... until he leant against the kitchen bench. Thanks Honey for that laugh when I really needed it.

And I'm really looking forward to Saturday's run. I'm hoping it will be my first 20k for the year. And I'm really hoping that Coach Chris chooses a kind route. And by kind I mean dead flat. My Melbourne half is only three and a bit weeks away so I really need to get a couple of longer runs done before then.