I've just wrapped up my biggest running week in over three years. 73 kilometres. And that doesn't include the few kilometres that I ran with the dogs.

I'm amazed that I can run that far. Amazed and proud and relieved and joyful. Such a far cry to this time last year when I hadn't run a 20k long run all year and was doubting my ability to run the half in Melbourne.

My last run of the week was Saturday's long slow run - 32k.

Wear comfy gear. I thought that I was on Saturday but it turns out that my choice in undies wasn't the best. Just because a pair is comfy for 20k doesn't mean that they won't bite you by 30. Elastic and sweat and friction can create quite a rope-burn effect in that third hour and the first realisation you'll have of it will probably be when you hop under the shower. But after talking to my sister I'm grateful that I never took up surf boat rowing. 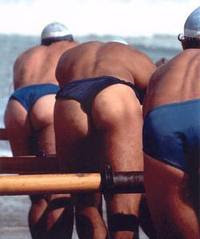 All that fabric shoved up a narrow little crack can cause a case of chafing from hell. And when you add salt water to the mix ... ouch!

There are bits of you that will hurt by the end - calves, hips, shoulders and feet. Honestly, if most bits of your body aren't hurting there's something wrong. But it's nothing that a little bit of compression can't help. Unfortunately putting on compression gear after you've run that far can be another feat of endurance in itself. It took me longer to put on my compression socks than it did for Iven to go to the toilet. Enough said.

Food will become very important to you. This starts the night before the run. You have to have enough carbs in your system to give you a fighting chance of making it to the end. Then in the morning you need to have a little top up. I've been adding some dried fruits and nuts to my usual banana and that seems to work okay for me. Then I take Capilano Honey Shots while I'm out on the run. 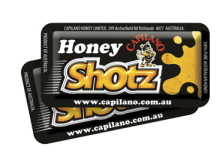 But the food fest doesn't stop there. You need to keep refuelling for the rest of the day. And it's not just carbs that need to go back in. Protein is really important after long runs to rebuild muscle so my usual post-long run breakfast is two poached eggs on multigrain toast. Yum!

Running with friends can make those long distances bearable - even fun. We had a small crew of seven that set out at 4:00am on Saturday. Then at about the 2/3 mark we linked up with a few others from the squad. I'm finding that the ridiculously early hour that we start is quite a magical time to run (even if it's not a magical time to get out of bed). The streets are almost deserted and the only other people out are other crazies like you or people not yet home after a night out OR couples having an intimate moment in a public place. No, we couldn't see what was happening in the Southbank pool but we certainly could hear it.

You will probably need a nap at some stage in Saturday. The mileage alone is enough to make you want to hit the hay but add in the super-early start and I can almost guarantee that it won't be just a 20 minute lie down. I managed a good two hours of drool on the pillow deep sleep and still didn't have any problem getting to sleep that night.

This week's going to be a bit lighter. I've got the small matter of a half marathon to do on Sunday. After 32k, 21.1 is going to seem kinda short. 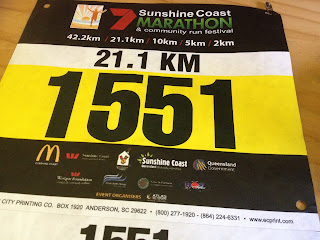