Of Puppies And Naps

I didn't buy a puppy. Even though everything in me had said to go ahead and do it. That a puppy would fill the human-shaped hole in my heart caused by my son's departure.

And I was able to resist even though there were plenty of volunteers to become part of our family. 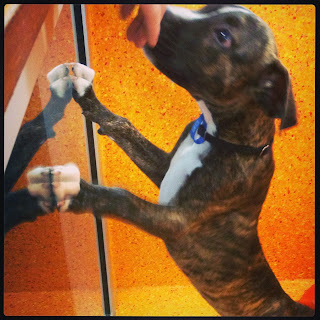 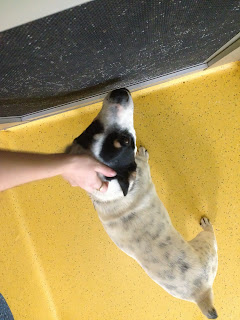 Plenty of ears that needed scratching. 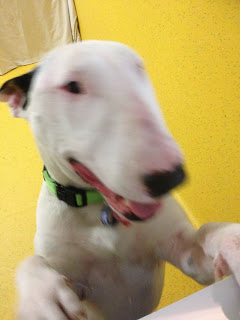 Plenty of doggy hearts that were willing to pledge undying love.

Two dogs is enough at the moment. Especially when we go out walking together and both dogs want to go in different directions. And it'd be hard to fit a third on the bed when it's nap time. 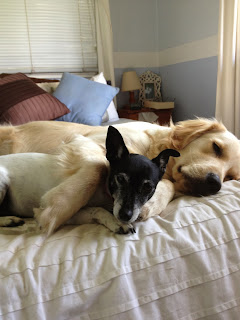 Talking about nap time, there was a little article in the paper the other day that I posted up on my Facebook site. I've been amazed by the reaction it's had. 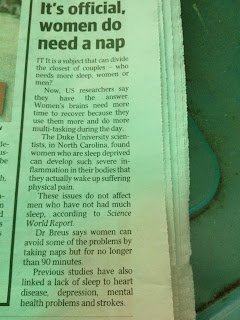 Here's the Reader's Digest version for those of you who can't (or can't be bothered to) read it. Basically it says that a study has found that women need more sleep because our brains need to recover from doing more thinking and more multi-tasking every day than men. It also said that if we women don't get enough sleep it can cause us physical pain due to inflammation and that men don't have these issues.

I don't know if this experiment has been able to be replicated and I don't know if it's been peer-reviewed but I now know that there's a lot of women out there who must like naps as much as me - judging by the size of the reaction and the number of times the post has been shared. And that, like me, they're kinda pleased to find scientific evidence which will justify this luxury as a necessity.

I don't want to be inflammatory but personally, I'd always assumed that the statement that women think and multi-task more than men was a self-evident fact - it certainly is in my relationship. I can plan a meal while talking on the phone and checking Facebook (which will explain those conversations where I vague out for a second. Or a minute. Or for the entire conversation if I'm really not that interested). Or work out how I can convince Iven that buying another puppy (yeah, I still haven't totally put that idea to rest) was really his idea and a good idea at that, while I'm decorating a wedding cake.

And for all the men out there who called 'bull$%!t' on the article I'd like to point out that nowhere does it state that the thinking is profound, erudite or even interesting so there's no need to get so snippy about it. Just accept that your life will be happier and way more peaceful if you let the female in it have her nap.
Posted by Char at 6:28 PM