One Of Life's Little Mysteries 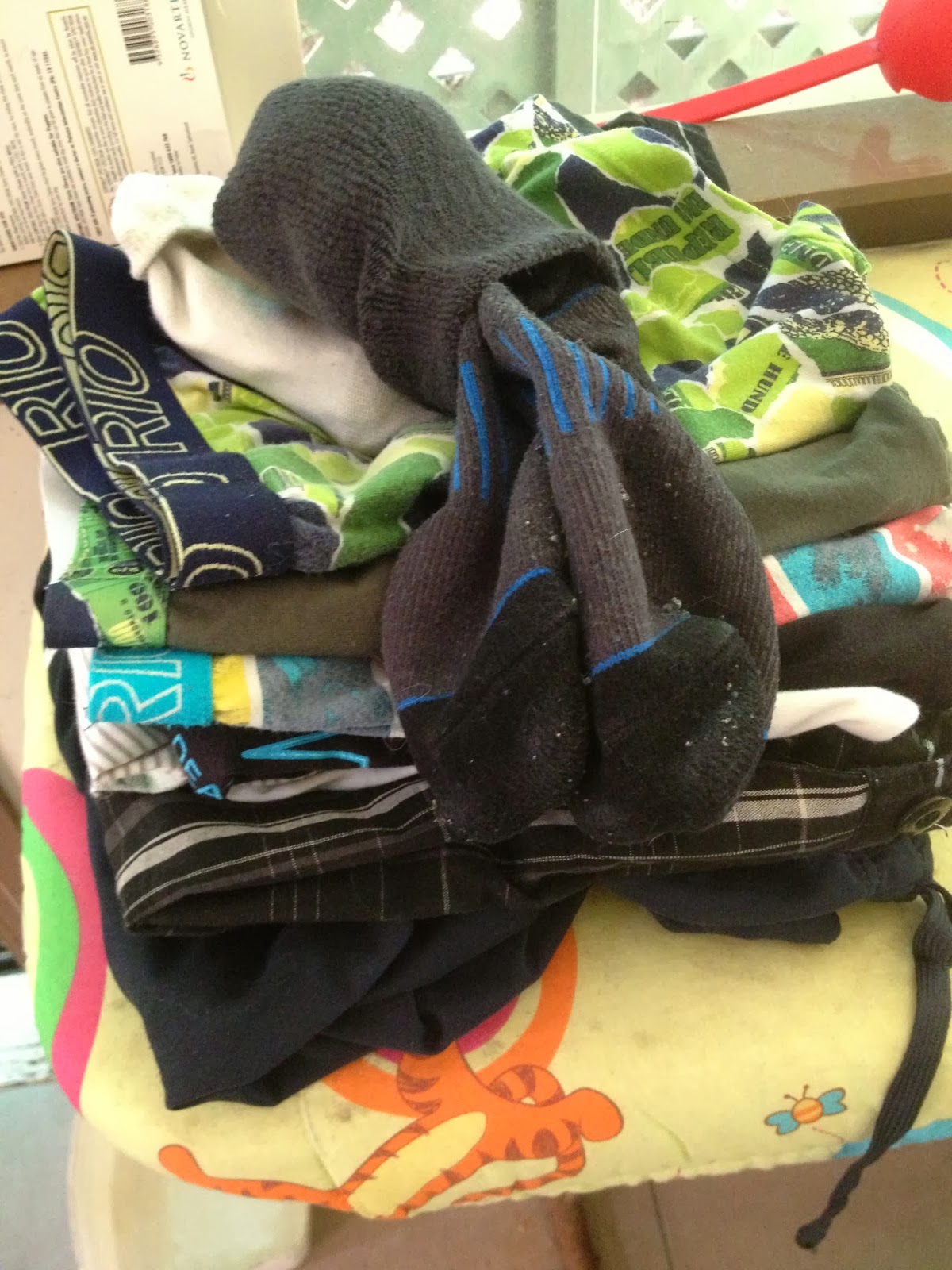 This is a mystery photograph.

You might think that this is a pile of laundry. A pile of clean, neatly folded laundry - ie done by the mother and not by the child who would roll said neatly folded laundry into a ball and file it away somewhere on his bedroom floor for future use then forget that it was still clean and put it back in the laundry basket because it was mixed in with all the balled-up dirties on the floor inevitably resulting in a shirt that's worn and faded despite only being used twice.

If you thought that, you'd be right. It's definitely a pile of clean, neatly-folded-by-the-mother laundry. But that's not the mysterious part of this photo.

The mystery lies in how these clothes made it into the washing in the first place. After all the clothes-wearer was house-sitting at a house in a galaxy suburb far, far away. A house that presumably has a washing machine.

This presumption is based on sound reasoning. One of the usual residents of the house in question is often at our house and I have rarely seen her in dirty clothes except maybe for this morning when she spilt a little milk onto her pyjamas. But this only strengthens my suspicion re the washing machine. If she often has issues with hand-mouth coordination I would expect to see food-stained clothes more often, which I have not.

These clothes turned up towards the end of the house-sitting term, coincidentally just after my son, the house-sitter, returned for a visit.

So I'm left with two possible answers to this conundrum.

The first is divine intervention - a small miracle. It was a gift from above for a mother, who recently said goodbye to one son as he moved out of home and had to temporarily say goodbye to another, so she wouldn't feel so bereft and melancholy about the passing of time and her use-by-date as mum.

So what do you think - past my use-by-date or still got a bit of mothering to do? And will this public shaming actually work?