A Lesson In Overthinking

I am a self-professed worrier. An over-thinker of the highest order. 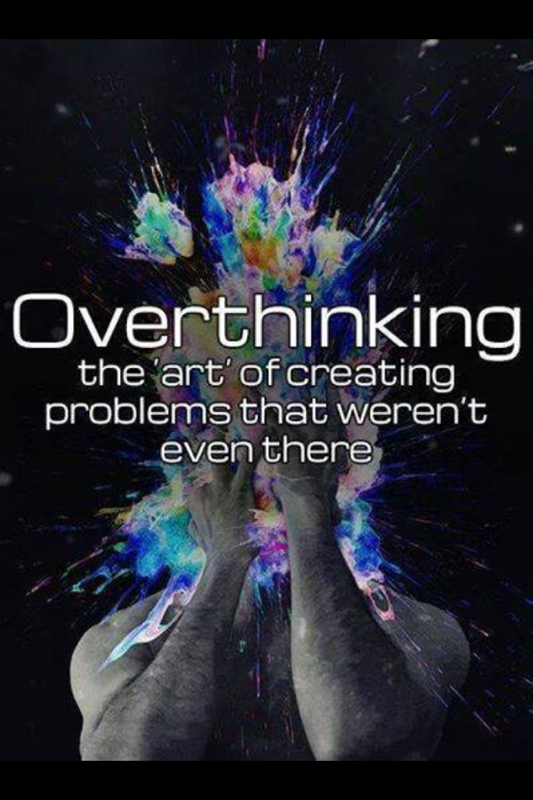 It's a totally futile past-time. It's never made me feel better. It's never stopped bad things from happening - because the bad things that have happened were never anything I'd ever imagined. And in reality, the things I've worried about have never actually materialised. Probably because I'm not omnipotent or omniscient.

Just this last week I was given a big lesson in why worrying is so pointless. By one of my sons.

He's been in the same job for a few years now and about 10 days ago the company went through a restructure. A few people lost their jobs. My son didn't but he was called in to a meeting with the powers that be and was told that they were moving him to another area of the business.

He did exactly what I would have done. He assumed that the change was because they weren't happy with his performance in his other job. He decided that the move was a demotion and it threw him into a bit of a tailspin.

By Friday he was so upset about it that he didn't want to go into work but rather than stay at home and stress even more about it he did something that I would have found extremely hard to do. He made an appointment with Human Resources to talk about the change.

It's hard to ask about the why's of decisions when you  think you know what the answer is - and it's not a compliment. But he did. And he found out that the reason that he'd been moved was because he was doing a good job. They effectively had created this job for him.

I'm so incredibly proud of him for having the courage to confront his fears head on and put himself on the line. It's definitely a lesson that I have to remember to apply to myself in the future.

I, decided after my last post, to embrace my girlish running style. I might as well own it - cause at my age I have very little inclination to change it. I couldn't find a tiara so I went with the next best thing. 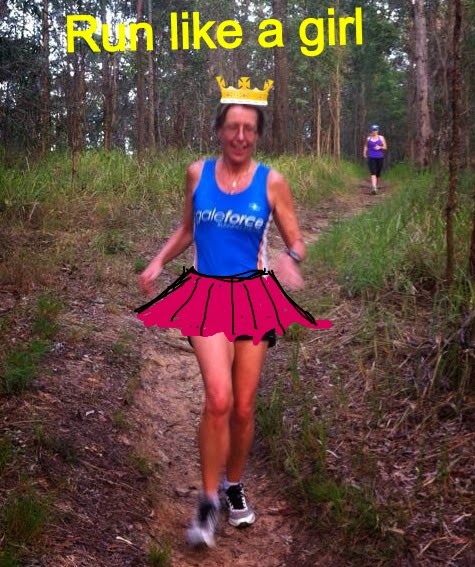